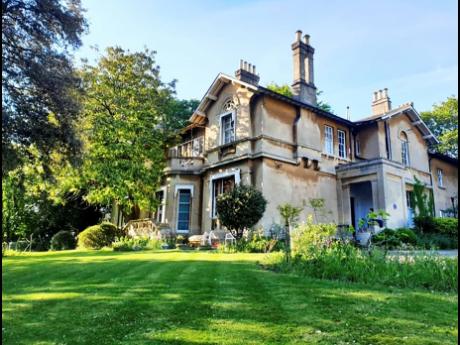 Contributed
Fairfield House, Bath, the former residence of Haile Selassie, during the 40s. 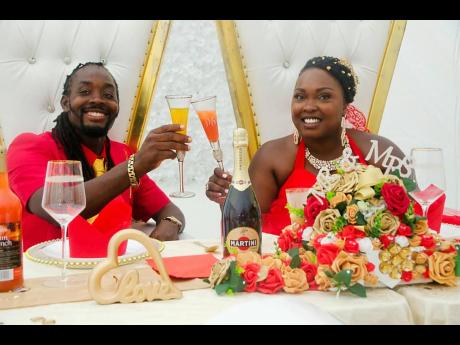 Contributed
The elated bride and groom share a toast at their wedding reception at Fairfield House. 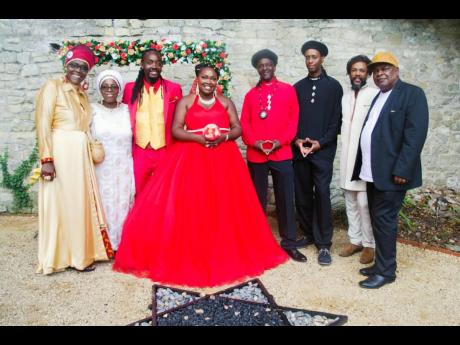 Contributed
Wedding guests and the couple stand in the Sacred Garden at Fairfield House. 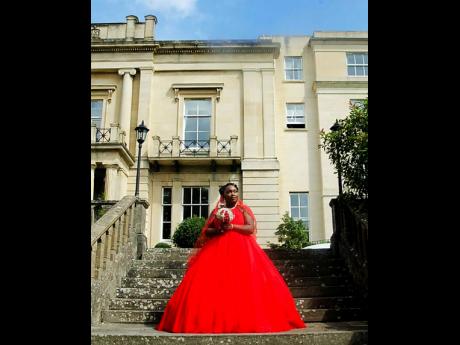 Contributed
Askala Selassie is regal in her red bridal gown.
1
2
3
4

International reggae artiste Askala Selassie made history when she married her long-term partner, Marlon Dale, at Fairfield House in Bath in the United Kingdom (UK).

The iconic venue has never been used before as a wedding venue, but as a committed Rastafari couple, Askala and Marlon had their wedding ceremony at Fairfield House, which fit for a king and queen.

“We feel so honoured to be the first couple to have our marriage blessing at Fairfield House. We had a dream wedding. It was truly amazing and we give thanks to the Most High,” commented singer-songwriter Askala.

Fairfield House was the former residence of Emperor Haile Selassie during the 1940s. The house and gardens are considered the UK’s most holy site for the Rastafari community.

Known as the King of Kings, Lion of Judah and Emperor of Ethiopia, Haile Selassie I was heir to a dynasty that traced its origins by tradition to King Solomon and the Queen of Sheba. The Rastafari movement regard him as the returned messiah of the Bible, Christ in his kingly character.

In 1935, the emperor was forced into exile after his country was invaded by Mussolini’s Italian armed forces. After finding sanctuary in England, he purchased a 14-room Victorian villa on a two-acre site in Newbridge Hill, Bath for £3,500, where he and his family resided from 1936 to 1940.

He returned triumphant to Ethiopia in 1941 after the Italians were successfully defeated. He later donated Fairfield House to the elderly people of Bath and to the wider black community. Emperor Haile Selassie later returned to Bath a decade later to be granted the Freedom of the City in 1954.

Fairfield House Bath is now a not-for-profit community interest company that houses a museum, a gallery, and even a local radio station. The centre also provides a weekly lunch club service for over 200 older members of the Caribbean, Asian, and Chinese communities within Bath and Somerset.

Pauline Swaby-Wallace is the BEMSCA project coordinator and has managed the day-to-day running of Fairfield House for the past 40 years.

“I couldn’t believe the transformation of Fairfield House for the wedding day. I have never seen the house look so royal and could only imagine that this was the way it looked when Emperor Haile Selassie and Empress Menen lived there. It truly was a royal occasion,” she said enthusiastically.

The unique wedding service was conducted by Mahitima Selassie of Tabot ministers from Kilburn, London, and the ceremony was held in the Sacred Garden, where the King of Kings Chapel originally stood. These were the grounds where Haile Selassie and his priests from Jerusalem and Addis Ababa worshipped.

“To perform the wedding service in such a historic and holy place is more than a blessing. The witnesses said they were very moved by the service,” reflected Priest Mahitima.

Numbered among the UK’s leading female reggae artistes, Askala was the youngest ever backing-singer for The Wailers Band in the early 2000s and has recently topped CVM Television’s music video charts in Jamaica.

As part of Black History Month, Fairfield house is now offering guided tours to the public every Sunday throughout October.