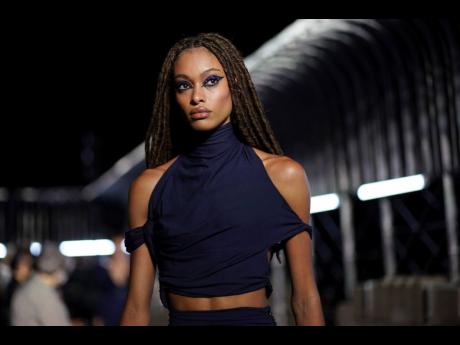 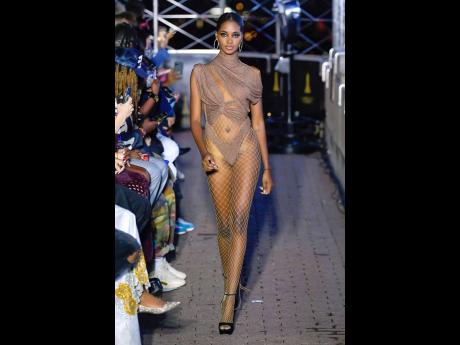 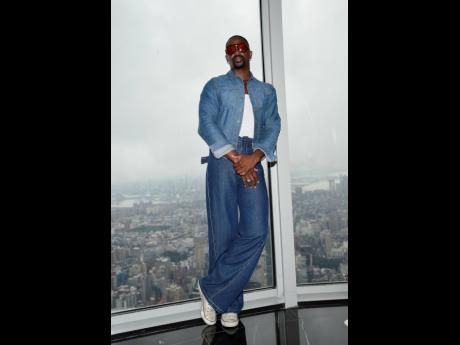 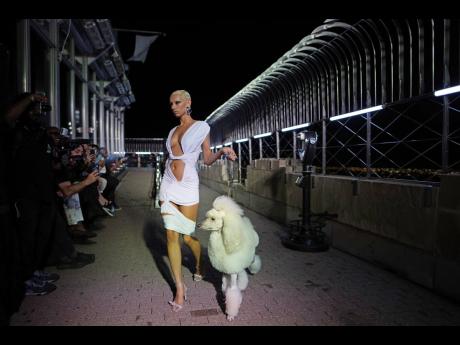 AP
Dressed in bright white, a model walks with a matching poodle in tow. 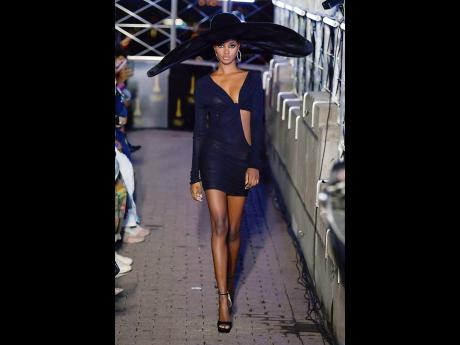 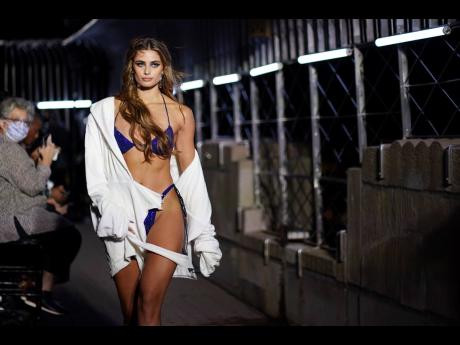 AP
A model wears a bedazzled blue bikini and a white open robe. 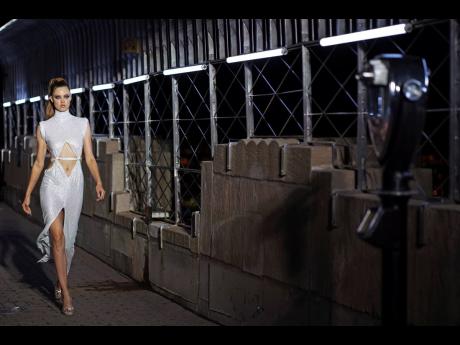 AP
'I'm really excited to reinforce what it means to be unapologetically sexy,' LaQuan Smith said of his new collection.
1
2
3
4
5
6
7

Where the party girls at? On Thursday night, some were on top of the Empire State Building walking LaQuan Smith's New York Fashion Week runway in slinky blue and white sequin minis, barely-there one-pieces and shiny body-hugging pants.

In his first see now, buy now show, the designer hosted about 200 guests on the landmark's famous observation deck with sweeping cityscape views as the wind tried to make away with one of his model's huge black hats.

"This building is a true representation of New York City dreams," Smith told AP before his evening show. "Me being a New York native, I have vivid memories of coming here as a kid. It's a full-circle moment."

And he meant that literally, sending his models all around the deck to an explicit soundtrack that screamed it's time to party.

"I'm really excited to reinforce what it means to be unapologetically sexy. I'm ready to start getting people out there again," Smith said.

Kylie Jenner was out there. She showed up in her first public appearance since revealing her pregnancy with baby No. 2 in a custom Smith catsuit that put her growing belly on display under lace from neck to ankle.

On the runway, his models — including standout Winnie Harlow — were dressed to let loose. Tami Williams also rocked the runway. "The Empire State Building is where you'll find us tonight," posted Williams on Instagram before the show.

Before making their way to the top, the designer hosted a cocktail party in the landmark's lobby.

At 33, Smith has been building his sultry, luxe brand after launching in 2013, drawing some major celebrity fans who include Beyoncé, Lady Gaga and Rihanna. In June, Hailey Bieber (accompanied by hubby Justin) wore Smith's wool halter dress while meeting French President Emmanuel Macron and his wife, Brigitte Macron.

His heart remains in New York City, where fashion is everywhere and everything.

For this collection, fashion came in electric blues, sequined whites and fishnet stockings worn with itty-bitty bottoms and tiny tops. Necklines plunged. Cutaways were strategically placed at the hip and belly, and feathery jackets blew in the breeze.

Smith carried an edgy black-and-white print into a grouping of looks that included a slit skirt below the knee with a matching bra top. He put a hood on a slinky sequinned long-sleeve mini that exposed a matching bra. Other models seemed ready for bed, or at least ready to hit the sack. One wore a ruffly, lacy lingerie look in a soft blue.

On the 20th anniversary of 9/11, Smith shared that his mother had worked for an insurance company at the World Trade Center. She was on maternity leave after his younger brother was born when the towers fell.

"It was just a devastating time," he said. "But I think we have to continue to find reasons to celebrate and honour the ones that we've lost."