The brand, Jamaican pride, and support 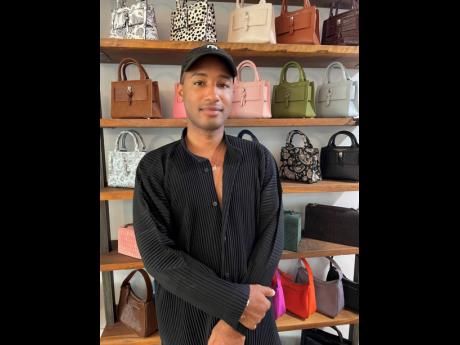 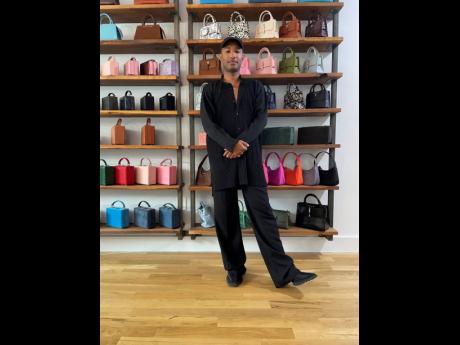 Photo by Debra Edwards
With his recent success, Blackwood is focused on continuing to grow his brand.
1
2

On a sweltering day in Brooklyn, New York, Jamaican handbag designer Brandon Blackwood is seated in his new office. Dressed in all black, he doesn’t exude the omen energy reminiscent of Lil Kim’s verse in It’s All About The Benjamins; instead, with his signature Yankees hat, he gives off affable vibes as he greets us.

It’s been a whirlwind year for Blackwood, whose namesake brand skyrocketed mid-pandemic in the summer of 2020, after the death of George Floyd by Minneapolis police. Floyd’s death came with mass protests that yet again highlighted a long history of racial injustice in the US. Blackwood, in turn, decided to use his artistry and brand to speak out about the chronological bias. With the words “end systematic racism” emblazoned on the front of the carriers, Blackwood produced 500 bags of what would be dubbed the “ESR Tote”. To his surprise, they sold out in a day, and with celebrities and influencers like Kim Kardashian and Kelly Augustine promoting and endorsing it on social media, things quickly took off for the brand that has grown over 50,000 per cent since then.

The idea for the Brandon Blackwood brand was always something “kind of bubbling up even when I was younger. I would find my mom’s clothes and cut them up and make little fashion shows, so I think fashion was always something that lived in me and was going to happen”. His parents were under the impression he should become a doctor or lawyer, but he notes that while in his last year at liberal arts school, Bard College, he decided that fashion was what he wanted to do.

After graduating with big dreams and a lot fewer dollars, Blackwood started to work for the second-hand clothing store Crossroads in Williamsburg, Brooklyn, where he began to save money and make connections towards building his label.

With his recent success, when asked if being Jamaican influences the brand, he says, “especially when it comes to the overall aesthetic and the colours. We as a people are very bright and loud. Look at dancehall culture; look at how they dress. I feel like it is ingrained in every Jamaican. There is a Jamaican aesthetic within all of us, and I think it does come through and showcase sometimes within my collection for sure.”

Filled with pride about his Jamaican lineage, he continues, “I like the pieces to be functional and the shapes to be easy, but the colours, the patterns, the textures; especially with the fall collection I’m creating now are larger than life.”

His customer service team is located in Jamaica through a BPO, and regarding his favourite Jamaican food, he says he makes a good curried chicken, then ponders, “I don’t think there is a Jamaican food that I don’t like.” It then hits him, “the only thing I’m not really into is ackee and salt fish.” He’s cautious not to be blasphemous and adds that he loves “rundown and stewed chicken”. When asked if our national dish reminds him of scrambled eggs, it occurs to him that it might be why he’s not fond of it, saying, “Yes! And, I don’t like eggs!”

With bags in his current collection named Mandeville and Portmore, he explains that all his products are named after family, close friends, and places in Jamaica.

While he was born in New York, both of his parents are from Kingston, and he still has family in St Elizabeth, May Pen, and Montego Bay. “Once everybody retires, they go back; my grandma raises pigs now; she’s just chilling.”

Would he be up to retiring to Jamaica in the future? “I always say this, I would probably one day have a farm. When I’m older, with lots of animals and peace and quiet.” For now, though, sleep eludes him, and he is focused on continuing to grow the brand, and with Brandon Blackwood now at Nordstrom, Saks, Bloomingdales, Selfridges, Kith, Shop Bop, Browns, and more to come, retirement seems a long way off.

With success comes criticism, and as a Libran, he explains that he can be sensitive to mean condemnation but has learned over time to get tougher skin and does understand that everyone is entitled to their opinion.

His advice for others wanting to enter the fashion world is: “Know your worth. Especially when you are a creative and you are talented, it’s very easy to almost get taken advantage of. It’s alright to say no. Also, it sounds so cliché but don’t give up.”

For where he sees Brandon Blackwood the man and the brand in 10 years? The man: chilling on a boat. The brand: A well-oiled machine. “I want it to get as far as it can go,” he says.

Our last question of what he would like Jamaican’s to know about him momentarily throws him off course. He wonders if he’s going to get too deep but musters up the courage to say what is in his head and on his heart. “I’ve always loved Jamaica. It’s essentially made me; it’s what made my family. How I operate; how I work. Everyone always jokes, ‘Oh, you hustle like a Jamaican’. I am Jamaican, but being someone who is queer, it’s always been a very weird love-hate relationship.” He pauses to make sure he is clear, “Not hate, but there has been like a lot of not really true understanding. I think I just want to tell Jamaican people that I’m doing this over here in the states. I rep Jamaica; the flag is in my bio. It’s not going anywhere. I just want people to be able to put things aside and really just look at what the Jamaicans here are doing, and just support us.”