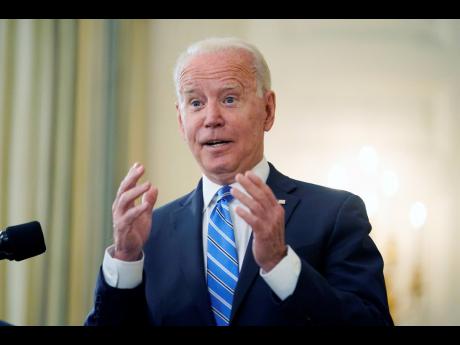 Over a decade ago, I was with my friend and former neighbour David Axelrod, who had just finished his first year as President Barack Obama’s senior adviser. I asked him what one thing he had to deal with that surprised him the most during his first year on the job? ‘Axe’ thought for a minute, and replied, “Pirates! I never knew they existed in Somalia, and we would have to deal with them.”

When Joe Biden became the 46th US president six months ago, I doubt that he envisioned multiple crises on the US’s ‘third border’, the Caribbean, as Antigua and Barbuda’s Prime Minister Gaston Browne has named it. Biden knew that the Caribbean economy depended heavily on United States (US) tourism, was severely impacted by COVID-19, and, in time, would receive the necessary supply of vaccines.

The Delta variant of COVID-19 jumped from the United Kingdom to the US and Canada, and spread rapidly. It will soon be the dominant strain throughout the Caribbean.

In Cuba, a usually quiet repressive Communist dictatorship erupted, with street demonstrations of Cubans fed up with the lack of affordable food, medicine, liberty (Internet access) and good government to deal with the COVID-19 pandemic.

Then came the shocking assassination of Haiti’s President Jovenel Moïse, a country already run by the crime lords, and steeped in poverty.

One would think, this can never happen in Jamaica; but then, look at the proximity of the three countries, and then analyse the exacerbated economic, crime, social and political problems in Jamaica. It might be closer than you think.

President Biden immediately sent 500,000 doses of Moderna vaccine to Haiti last Wednesday; that’s a good start, but Haiti is structurally and politically broken. The desire for change has to come from within.

Biden wants to send COVID-19 vaccines to Cuba, but has been emphatic that he wants an outside health organisation to control the vaccine supply and administration. He knows that after 60 years, the Castro Communist government has a consistent record of stealing from its own people.

The good news is that the Biden’s foreign policy approach is that of a constructive and helpful partner worldwide, including the CARICOM region. Let’s hope that Jamaica can figure out how to take advantage of that over the next three years.