‘I laid there waiting to die’ 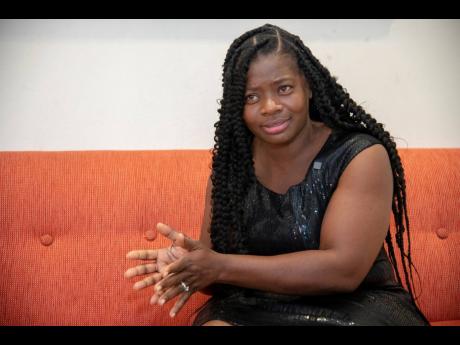 Gladstone Taylor/Multimedia Photo Editor
Erica Wright-Silas is encouraging other persons infected with HIV to take charge and seek care to continue living long, productive lives. Life does not end because you have contracted HIV, she says. 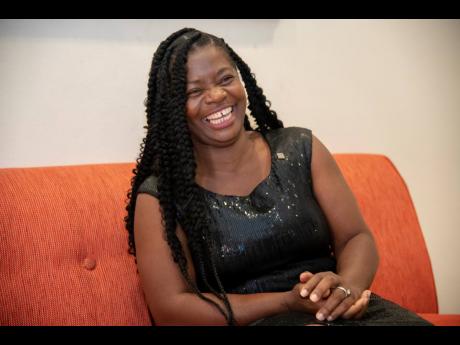 Gladstone Taylor/Multimedia Photo Editor
Erica Wright-Silas is grateful for the support of family, friends, her doctor and the Jamaica AIDS Support For Life, who have all helped her in overcoming a traumatic period after being diagnosed with HIV. 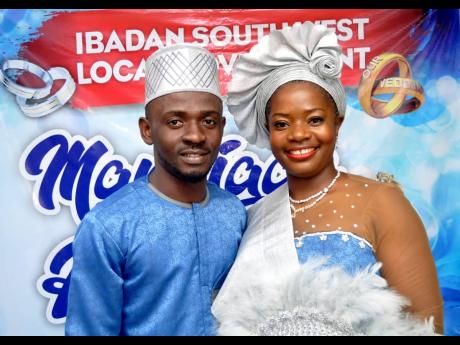 In April 2006, when Erica Wright-Silas came across the Bashy Bus, a mobile clinic offering HIV/AIDS information, counselling, and testing, she didn’t have the slightest idea that something could possibly be wrong. “I had no symptoms at all. I just...

In April 2006, when Erica Wright-Silas came across the Bashy Bus, a mobile clinic offering HIV/AIDS information, counselling, and testing, she didn’t have the slightest idea that something could possibly be wrong.

“I had no symptoms at all. I just took the test because it was available,” recalled the mother of two young children at the time.

The test returned positive, and she was advised to visit a clinic to do another test for confirmation, which showed that her viral load, the amount of HIV in a sample of blood, was in the eighties.

She recalled that her first reaction after the diagnosis was a laugh, which left the nurses in shock.

“I said to them, ‘When you’re living in sin, anything is likely to happen’. The fact that I have had unprotected sex, it is quite likely that I could’ve contracted something,” she told The Gleaner on Thursday, which was celebrated as World AIDS Day.

Wright-Silas said it took a while to come to terms with her diagnosis.

“I knew for sure I gave up on living. I stayed in my room for about a month or two, and the only thing that got me out was my little sister inviting me to church. I don’t believe in committing suicide, so I didn’t try to do anything to kill myself, but I ceased from living. I laid there just waiting to die,” she recounted, adding that she knew from whom she had contracted the virus.

Wright-Silas said she had allergic reactions to some of the 13 pills she took daily, and her skin was a “royal mess”.

She first shared her diagnosis with a good friend with whom she had lived at a family home in St Catherine before moving to another parish.

Her friend panicked and told her mother, who then shared the information with a neighbour, and soon after, her HIV/AIDS status was headline news in the community.

“When I got back to the community, I allowed people to deal with me how they wanted to. Some embraced, hugged. [Others] stigmatised and some cursed. They were aware, so there was no pretence going on. I didn’t have to lock myself in the house and wonder if anybody was talking about me. I knew I was being talked about,” she told The Gleaner.

Between 2009 and 2010, she hit a rough patch and stopped taking her medications, which led to serious symptoms.

She developed very visible and itchy bumps on her skin, which caused the top layer of her skin to peel off once she scratched them.

She then visited a new doctor, who has been treating her since then, and she credits her for moving her outward appearance from a thorn to a rose.

The St Catherine woman told The Gleaner that she gave her life to God in the early stages of her diagnosis.

“That gave me the will to live, the will to survive, and taught me how to forgive people when they did or said all manner of things to me ... . My heart was healed from the inside via salvation, and that is what helped me to get over the stigma, but I can tell you, it nuh feel good. When people think that they can’t sit on the same chair with you, when people look at you and are like, ‘And yuh go on like yuh nice’. It nuh feel good,” Wright-Silas said.

She recounted being at someone’s house with several people, some of whom did not know her status when one woman told the owner of the house to let everyone know that they are supposed to use a lot of bleach when tidying up.

“We don’t want her to feel left out, but we want the place to be sanitised every time she uses it,” she said the woman had remarked.

The entrepreneur, who operates a video editing business, said all the friends she had then have stood by her side, and along with her family, have provided all the support she needed.

Navigating intimate relationships was another hurdle for Wright-Silas, but she ensured that the conversation about her health was had in the infancy stage.

“I would ask, ‘What you think about AIDS, STIs, cancer?’ different kinds of life-threatening diseases, and then at the end of the discussion, I would ask them, ‘If I were living with one of those, which one do you think you could live, with and which one you definitely could not deal with?” she shared, adding that their response was the deciding factor for moving the relationship further.

Earlier this year, she idly signed up on an online dating platform with a very upfront biography: “Mother of two, no-nonsense person walking around with a death sentence. If you are not interested in marriage, do not contact me.”

Hope Emmanuel Silas, a Nigerian, sent her a message, and after a few conversations, he asked for her number.

On their first video call, he enquired about the death sentence she had referenced in her biography, and she gave him the details.

Her now husband, who she affectionately calls Baba, gave the most unexpected response: “I guess we just need to find a good doctor so they can tell us how to have a family safely.”

She was not interested in a relationship, much less a long-distance one, but the more they spoke, the more the flame of love kindled.

“We met in late March, and by July, I was on a flight to Nigeria. We got married in August this year, and I’m counting down the days to my next trip, which will be in about two months,” she said, bubbling with excitement.

Wright-Silas has been undetectable for the past six years and is able to have a child without infecting her husband or the child and she can also safely breastfeed.

Her children are now 21 and 23 years old and she has asked them not to turn her into a grandmother just yet as she wants to have another child.

She lauded the Jamaica AIDS Support for Life for their consistent support throughout her journey, for providing access to other services like mammograms, Pap smears and blood tests, and for funding her media certificate training.

“Life does not end because you have contracted HIV. With proper care, obedience to your doctors and pharmacists, and a will to live, you can live the longevity of life that God has ordained for you. Know your status. Don’t be afraid of your status. The earlier you know, the better it is for you,” she advised.