95-y-o woman buried in violation of court order; parties could be held in contempt 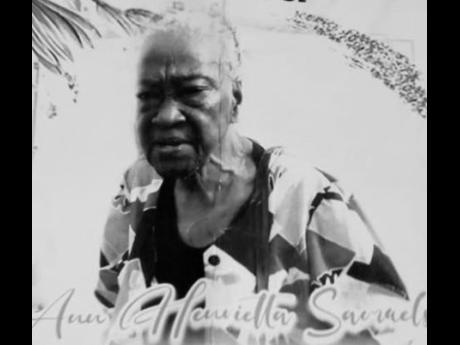 The church family and friends of a 95-year-old woman are distressed that a Supreme Court order compelling two respondents and a funeral home to release her body to the executors of her estate was disobeyed. Instead, last week Wednesday, Ann...

The church family and friends of a 95-year-old woman are distressed that a Supreme Court order compelling two respondents and a funeral home to release her body to the executors of her estate was disobeyed.

Instead, last week Wednesday, Ann Henrietta Samuels, who lived in Allman Town, Kingston, for most of her life, was given a graveside service at the Meadowrest Memorial Gardens in St Catherine, contrary to her wish for a funeral at the Arnold Road Methodist Church in Kingston, where she was a member of the choir and a Sunday school teacher for decades.

“Miss Ann, as she was affectionately called, was a faithful member of our church and she should have been given a grand funeral service at the church where she served faithfully before she was buried,” a church member remarked last week.

The injunction ordering the release of the body to claimants Joan Morris and Marjorie Keen was granted on November 21 and the order stated that the defendants – Sherine Linton, Gloria Henry and Webster‘s Funeral Home – were to be personally served. An inter partes hearing was also set for December 19 to address other disputed matters relating to Samuels’ estate.

The order, which was granted by Justice Sonya Wint-Blair, compelled the three respondents, their servants or agents “to deliver up the body of Ann Henrietta Samuels forthwith to the applicants as the named executors in the estate of Ann Henrietta Samuels for funeral arrangements to be made in accordance with the deceased’s testamentary wishes”. They were also instructed to “deliver up the burial order” to Morris and Keen.

Taylor told The Sunday Gleaner last week that when the matter goes back before the court, the issue of the contempt on the part of the funeral home and Linton, who were aware of the orders before the burial, will be addressed.

Linton, who is named as the first defendant, was present at the hearing when the injunction was granted and was represented by attorney-at-law Monique Thomas, who appeared as amicus curiae (a friend of the court).

Shawn Webster, a director of the funeral home, said a document was served at the company and he also received a telephone call from one Miss Taylor, whom he did not know.

“I dealt directly with the person who gave me the business. If I did otherwise, I could be sued,” he explained to The Sunday Gleaner. “I got the burial permit from Miss Linton, and on it, she was listed as next of kin and the funeral home carried out her instructions.”

According to the claimants, the problem started at the Kingston Public Hospital, where Samuels died on October 28, shortly after she was taken there by caregivers Evadne Beverly Appleton and Grace Morris for a ward visit.

Appleton said in court documents that they were advised by a doctor to go to the death registration office and leave their details so that the hospital could contact them regarding the release of the body. She said when they went to the office, they were told that after five business days, Samuels’ body would be released to them and all they needed to take in were the deceased’s birth certificate and a valid identification card of the deceased.

On November 4, Appleton and Morris went back to the hospital and were told to return the next business day.

When they returned, they were informed that the body had been released to one Gloria Henry.

Executors and claimants Morris and Keen said in an affidavit that they and the deceased were church sisters and close friends. They said that in 2018, Samuels was hospitalised at the Kingston Public Hospital, and since that time, the relationship between her and Linton became estranged.

They said that although Samuels had no biological children, she had raised and treated Linton, who now lives in the United States, as her own daughter.

The claimants said Gloria Henry is unknown to them.

Samuels made a will in June 2019, and after that, she became ill and was again admitted in hospital.

The claimants said Samuels then gave them specific instructions that they were in charge of her care and well-being and even asked them to secure her property, and they carried out her instructions.

After they were informed by the caregivers that the body was released to Gloria Henry, they received a call from Linton on November 7, informing them that she had orchestrated the release of Samuels’ body and that she would be making all the funeral arrangements.

They said they objected, telling Linton that she was not authorised to do so and that “Miss Ann would not have wanted her to intervene in that way”.

“We also interrogated her about the whereabouts of the body and demanded that she release Miss Ann’s body to us. However, she was unwilling to give us any information,” they disclosed.

The claimants said it was only when they told Linton that they were going to report the matter to the police that she told them that the body was released from the hospital on her direction into the care of a “Mr Reid”, who they later found out was a representative of Webster’s Funeral Home.

Several requests to Linton for the body to be released into their care and that of Tranquility Funeral Home were ignored, the claimants said.

In keeping with the wishes of the deceased, the claimants said that they wanted the body released to them and emphasised that they are distressed about the situation. They had hopes of arranging a funeral service for November 24 and had informed the church, family and friends of the deceased of the proposed date.

“Never could we have imagined that we would be going through such an emotionally turbulent ordeal. We are in complete shock and disbelief regarding the circumstances,” the claimants said, noting the extreme anguish and unbearable grief brought on by the situation, which was also causing them sleepless nights.

“Perhaps the only thing that can be done at this stage is to have a memorial service for our beloved Miss Ann, who was a very humble, loving, caring, God-fearing and dedicated church member and friend,” Keen said last week.