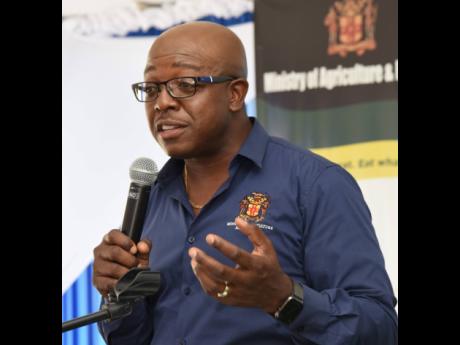 Jamaica has bolstered its capacity to respond to organised crime in the fishing sector with the launch of the Blue Resilience Project and will become home to the first regional Blue Justice Initiative (BJI) hub. Fisheries crime is aimed at...

Jamaica has bolstered its capacity to respond to organised crime in the fishing sector with the launch of the Blue Resilience Project and will become home to the first regional Blue Justice Initiative (BJI) hub.

The project comes just over a year after Jamaica signed the International Declaration on Transnational Organized Crime in the Global Fishing Industry, also known as the Copenhagen Declaration, and will be funded by the Norwegian Blue Justice Initiative and United Nations Development Programme (UNDP) Jamaica.

Close to 40,000 Jamaican fishers make a living from the ocean, and the World Bank estimates that the blue economy contributes US$3 trillion to US$6 trillion annually to the global economy.

According to the United Nations Office on Drugs and Crime (UNODC), the value of fish lost to criminal activities alone is suggested to be between US$10 billion and US$23.5 billion annually.

Denise Antonio, UNDP resident representative, said the ocean is a storehouse of food, medicine, minerals, jobs, products, and livelihoods and is the gateway for 90 per cent of the world’s trade.

“For small island developing states like Jamaica, the complex and pervasive nature of fisheries crime and the long-term impacts on socio-economic development is evident. This is an important and significant milestone of Jamaica’s commitment to addressing this critical development challenge,” Antonio said.

Antonio reasoned that through this initiative, Jamaica can serve as the champion for the Caribbean to tackle such illegal acts.

She called on the Government to continue to engage in meaningful partnership and collaboration across ministries, academia, and other stakeholders and to promote the advancement of robust and responsive policy as well as regulatory and institutional frameworks to anchor the country’s coordinated response.

“Focus on the use of evidence- and technology-driven approaches to amplify the effectiveness and efficiency of your efforts and strengthen national and regional coordination among partners,” Antonio urged the Government.

Fisheries Minister Pearnel Charles Jr said recent estimates this year suggest that Jamaica has suffered losses of up to $200 million in illegal, unreported, and unregulated (IUU) fishing, with significant losses from lucrative catch like conch and lobster.

Leading up to the launch, the minister said the National Fisheries Authority (NFA) met with key partners and stakeholders, including the UNDP; the Planning Institute of Jamaica; the Jamaica Defence Force Coast Guard; the Marine Police; the Passport, Immigration and Citizenship Agency; and the Ministry of National Security in an attempt to shore up support and to establish an inter-agency mechanism to share information and tackle IUU fishing and its linkages with transnational organised crime.

“This will be critical to the establishment of a joint National Fisheries Operational Centre, which will dually function within the BJI Hub and under the anticipated accession by Jamaica to the Port State Measures Agreement,” Charles said, adding that the proposal for Jamaica to be a hub for the region is a welcome one as it will collect information from a range of sources to support regional policymakers.

He shared that the NFA is now part of the Blue Justice Community, where government officers have access to knowledge, connection, and support.

Charles said officers have access to informative videos and key resources on aspects of fisheries crime, which are valuable for country awareness as well as a secure communication environment where government agencies locally can communicate with other countries.

“Support is provided through peer-to-peer interactions from experts around the world and vessel-tracking assistance from the Norwegian International Vessel Tracking Center run by the Norwegian Directorate of Fisheries and the Norwegian Coastal Administration. The National Fisheries Authority is currently monitoring Automatic Identification System-enabled vessels traversing Jamaica’s Pedro Bank and the Joint Regime Area to detect illegal encroachment of our archipelagic waters and exclusive economic zone,” he detailed.

The minister added that the project is expected to improve sustainable fishing in Jamaica as the vision of the sector is to extend the value chain and push revenue down to the primary producers.