Calls for CDF increase, school problems to be tackled 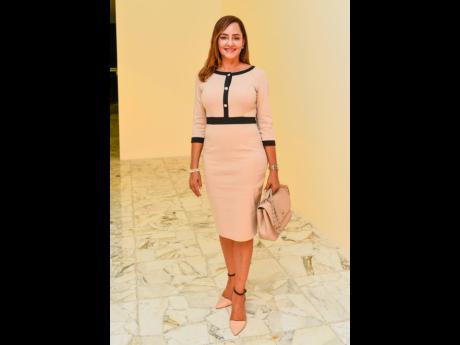 Portland Eastern Member of Parliament Ann-Marie Vaz came to Gordon House on Wednesday armed with a shopping list of things she wants to be done urgently in her constituency, ranging from schools to be rehabilitated to care and shelter for the homeless.

On the vexed issue of garbage collection, Vaz said she has been “dragged” daily by her constituents, who complain bitterly about the pile-up.

“It hurts my heart to see the garbage. If I was in charge of garbage collection, I could not get more pictures sent to my phone daily,” she reported.

“My people’s cries are my cries, and trust me, they are crying loudly on this issue,” she said, pointing out that seven garbage trucks used to serve her constituency, but the number has been reduced to two.

She urged Local Government and Rural Development Minister Desmond McKenzie to deploy five of the 50 new garbage trucks being acquired by the Government to Portland Eastern.

“In the interim, I am asking NSWMA (National Solid Waste Management Authority) to hire independent trucks and equipment on a sustained basis to adequately deal with the garbage collection in my constituency,” Vaz said in her contribution to the State of the Constituency Debate.

Reminding her parliamentary colleagues that she reported land erosion at the Port Antonio High campus three years ago, Vaz said that this had compromised the netball court, posed a threat to the football field, and is undermining a school block.

She said that an estimate of $50 million was submitted to the education ministry three years ago, but to date, no work has been done to remedy the situation. Further, she said that an additional school block to be built to take the school off the shift system has not materialised.

Noting that many schools in her constituency were in dire need of assistance, the Portland Eastern member of parliament sent a direct message to Education Minister Fayval Williams.

“… Soon, the Ministry of Education will get a bill from the ‘chi chis’ that have been keeping classes in the Nonsuch and Boundbrook Primary schools.

“Minister Williams, I see the great work you have been doing for others, and given the length of time we have been waiting, the time has come for you to take action in East Portland,” she said.

Turning the spotlight on the National Water Commission (NWC), Vaz lamented the state of disrepair in which the agency has left roadways in her constituency.

“I’m going to give you an example of the devastation caused to our roads. On a 1.2-kilometre stretch of road, there were 53 areas that were dug up for pipe repairs/replacement over a one-year period,” Vaz said.

Calling for greater coordination between the NWC and the National Works Agency, she said that after the roads were repaired, the digging started again.

“Needless to say, other roads in my constituency suffer the same fate. This cannot continue,” she told the House.

Commenting on the plight of homeless people, including many who are mentally ill, Vaz noted that these people are helpless and in need of care.

“They are the most vulnerable and at the greatest risk in our society. They also pose a threat to the general public. There was a case in Portland where one was killed and his body was left in the Errol Flynn Marina just this month,” she said.

Like some of her colleagues who contributed to the State of the Constituency Debate earlier, Vaz called for the current $20 million per MP allocated by the Government for the Constituency Development Fund (CDF) to be increased sharply.

She urged the minister of finance to increase the CDF allocation per constituency to $54 million, taking into account inflation, which has eroded the value of the $20 million allocated to MPs in 2008.