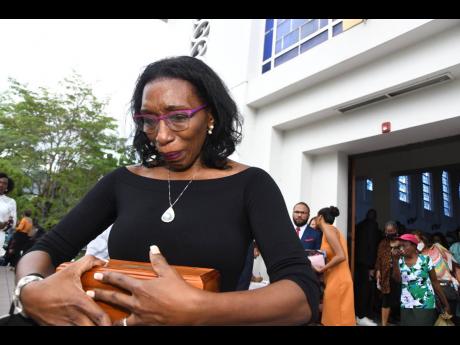 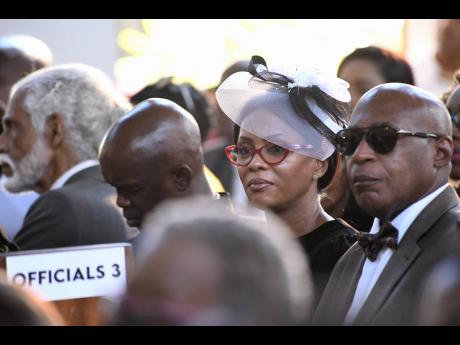 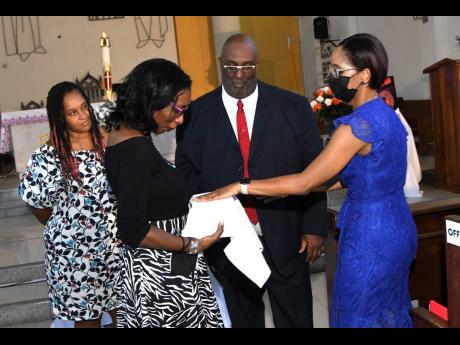 Hundreds of former colleagues, relatives, friends, and admirers turned out on Wednesday to salute the man who they say impacted not just their lives, but changed how radio is perceived in Jamaica: the late François St Juste.

The broadcaster died on August 29 at the University Hospital of the West Indies after ailing for some time. He was 60.

Speaking during the service of thanksgiving at the Sts Peter and Paul Roman Catholic Church in St Andrew, former FAME 95 FM colleague Simone Clarke-Cooper said that St Juste was a mentor to all with whom he worked.

“He was able to move you from shaky ground to solid confidence even in the face of naysayers, never expecting anything in return but your success,” Clarke-Cooper said in her reflection.

She described St Juste as a skilled people manager who knew his staff well.

“He was a great sounding board and steered many of us when we could not see our way. If he saw a light in you, he wasn’t going to stop until you saw it in you,” she shared.

General manager of Television Jamaica and radio services at the RJRGLEANER Communications Group, Dr Claire Grant, hailed St Juste as the “King of Radio” and praised him for re-engineering FAME FM and impacting radio’s adaptability over time.

She told mourners that St Juste was now in a new role “organising the heavenly party scene”.

Rochelle Mitchell, who worked as St Juste’s senior producer at FAME FM, credits him for shaping her media career, calling him “a force to be reckoned with, a force of nature”.

Businessman Andre Hylton introduced St Juste to the Rotary Club of Kingston, which the broadcaster later led as president between 2014 and 2015. He told The Gleaner that he was always impressed with how St Juste cared for people.

“He really took on the business of serving humanity with a passion. He was someone who cared about his fellowman and was very passionate about giving back,” Hylton said.

“He represented opportunity for those who would not have gotten that opportunity. François saw my talent, saw beyond a lot of things, and gave me the opportunity, and I’m truly grateful,” he said.

Saxophonist Dean Fraser said he would often tune in to St Juste’s programmes and respected the broadcaster for his taste in music.

“He has always been very musical, and I listen to him mainly because of his ability to choose and to play music that other people don’t,” Fraser noted.

Trevor ‘Bready’ Green said he had to be at the funeral to pay his final respects to St Juste, who he said would often purchase warm bread and cheese, which he sold in the 1970s and 1980s at the gate of Wolmer’s Boys’ School, where St Juste was a student.

“Him never used to leave me out; he was so respectable. I used to see him at shows all the time after he left school and he always remembered. He had no prejudice. When mi hear say he passed, I was so shocked because I used to listen him every morning,” Green said.

St Juste began his broadcast journey at FAME 95 FM as an announcer and presenter and saw him climbing the ranks in the group before transitioning to his last stint, co-hosting ‘Sunny Side Up’ with Paula-Anne Porter Jones on Radio Jamaica 94 FM, in a career that lasted for 38 years.

He is survived by siblings Brian and Maya.