Clean as a whistle 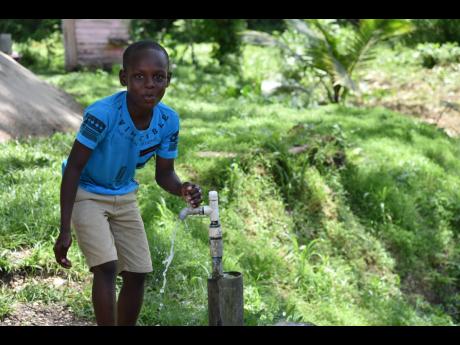 Herbert McKennis
A young boy enjoys some refreshing water from the standpipe in Fort Williams, Westmoreland. 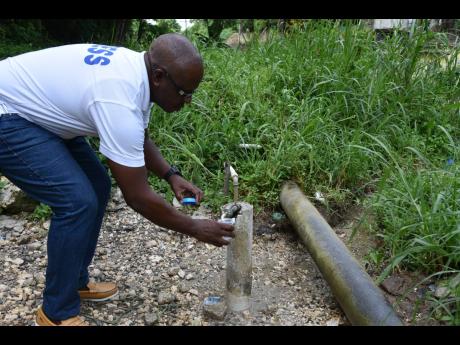 Herbert McKennis
The Sunday Gleaner collected 12 water samples from standpipes in the parishes of Westmoreland, St James, Trelawny, Manchester, St Mary, Portland, Kingston and St Andrew, which were tested by microbiologists at NCU. 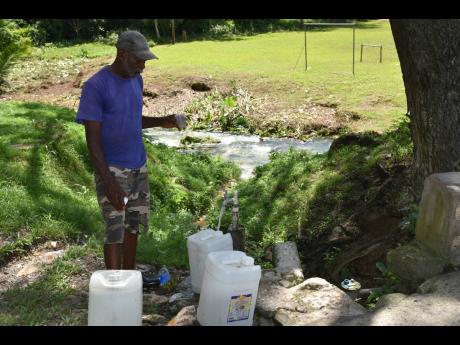 Herbert McKennis
According to the NWC, it is contracted by the municipal corporations to supply water to approximately 1,300 standpipes across the country. For residents in Fort Williams in Westmoreland, the standpipe is their saving grace. 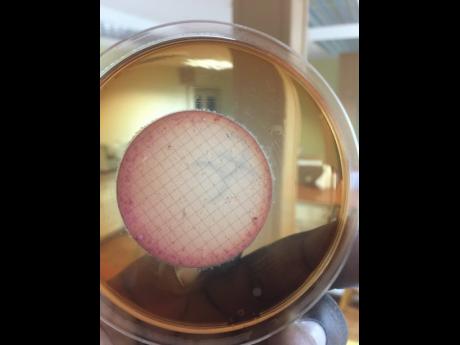 A lab sample of the NCU potable water test. 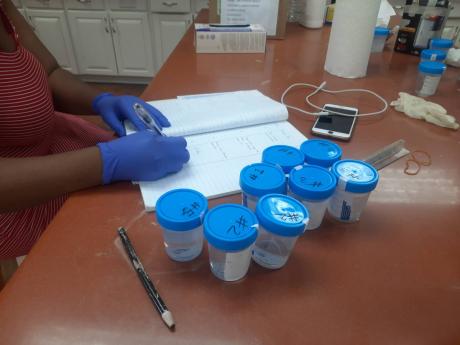 The 11 samples from the standpipes supplied by the NWC all recorded 0 CFU/100mLs. But the sample from the pipe that stood alone in failing the water potability test recorded 25 CFU/100mLs.
1
2
3
4
5

Water potability tests conducted on samples collected at several communal standpipes in eight parishes that serve thousands of residents across the country have given a clean bill of health to the National Water Commission (NWC) sources. The only...

Water potability tests conducted on samples collected at several communal standpipes in eight parishes that serve thousands of residents across the country have given a clean bill of health to the National Water Commission (NWC) sources.

The only standpipe in the Sunday Gleaner-commissioned survey, done in partnership with the Department of Microbiology at the Northern Caribbean University (NCU), which failed the potability test was not being serviced by the NWC.

Located in an inner-city community in the Corporate Area, that communal source is reportedly being supplied with water from a well. But persons have got sick after drinking the water, so residents who turn to the water source mainly use it for domestic purposes, often travelling some distance to find drinking water when the pipes at their homes are dry.

“Sir, sir! A nuh drink you a guh drink it? Don’t drink it because it is going to hurt yuh belly!” a little boy warned a member of The Sunday Gleaner team to drive home the point, as he was collecting samples from the standpipe.

The samples collected in the parishes of Westmoreland, St James, Trelawny, Manchester, St Mary, Portland, Kingston and St Andrew were tested by microbiologists attached to NCU’s College of Natural and Applied Sciences, Allied Health and Nursing.

A report prepared by the lead microbiologist detailing the findings of the membrane filtration analysis revealed that of the 12 samples tested, only one contained the coliform bacteria.

“The presence of coliforms indicates faecal contamination of the water sample. Coliforms themselves are not necessarily pathogenic but can indicate the presence of several disease-causing organisms, which include Salmonella spp, Shigella spp, Vibrio cholerae and parasites such as Cryptosporidium parvum. As a result, the result of coliform analysis in drinking water should be 0 CFU/100mLs,” read a section of the report.

According to research, in water, coliform bacteria have no taste, smell, or colour and can only be detected through a laboratory test.

The 11 samples from the standpipes supplied by the NWC all recorded zero coliforms per 100 millilitres (0 CFU/100mL). But the sample from the pipe that stood alone in failing the water potability test recorded 25 CFU/100mLs.

Anton Irving, microbiologist and lab coordinator at NCU, told The Sunday Gleaner that water supplied by the NWC for drinking usually stands up to scientific scrutiny.

“Most times when I get NWC water to assess, it always gives good results. Their treatment methodology is apparently effective,” said Irving, who led the testing.

This is in keeping with NWC’s reports over the years that the entity has been receiving accolades for its water quality.

“You may or may not be aware that the National Water Commission has been voted as producing the best quality water in the Caribbean over the last 10 years or so, and we expect that we will continue to move beyond the region and to become the leader in water quality as far as we possibly can go. It will be supported by the initiatives which we have entered into with the International Atomic Energy Agency (IAEA), both in terms of our groundwater quality, as well as a wider water quality issues,” Garth Jackson, acting president of the NWC, said last week.

As it relates to the standpipe that failed the test, the NCU microbiologist noted that the water should not be used for drinking under any circumstances.

“There was no treatment. And, if it were treated, it was not effective. Normally, with a range like that, residents could probably use it for swimming and recreational purposes but when it comes to drinking, it’s a no-no,” said Irving.

“One can get sick by consuming it. A person could contract gastroenteritis. Coliform usually indicates the presence of more disease-causing bacteria.”

According to the NWC, it is contracted by the municipal corporations to supply water to approximately 1,300 standpipes across the country.

For residents in Fort William in Westmoreland, the standpipe is their saving grace.

“It is our source for water, this is where everyone catch water. We have to be thankful because a lot of districts around us don’t even have a standpipe,” said Howie.

The standpipe in King’s Gate, along the Long Hill main road, has been the main source for Anchovy and surrounding communities. Residents say they have not received water in their homes since December.

“It is a lifesaver for this area because most residents have been waiting for months for the water to be restored,” said Dale Collington. “Trucking water is very costly and NWC does not seem to care.”

Last week, during a visit to the NWC’s corporate office in New Kingston by representatives from the IAEA, including Hua Liu, deputy general and head of the Department of Technical Cooperation, Jackson explained that the partnership has allowed the NWC to improve its water quality.

“The collaboration, which we have entered into and which we have been pursuing, is very critical, very important and something that we wish to see expanded and explored,” noted the NWC’s acting president.

According to the NWC, its relationship with the IAEA began in 2014, and the commission has been the beneficiary of three national technical cooperation projects sponsored by the international body.

“Over the period, the IAEA provided technical assistance and capacity building support for the development of national projects to the NWC, totalling more than €418,000. A major achievement of the programme has been the establishment of Laser Isotope Hydrology Laboratory at the NWC’s Marescaux Road office in Kingston. This has expanded the NWC’s capacity, inclusive of its personnel, to undertake a wider range of water chemical analyses, other than the water quality services that it currently offers,” the NWC noted.

• To destroy pathogens, bring water to a rolling boil for one minute. You do not usually need to boil well water for other household purposes.

• Those who can avoid swallowing the water may shower, bathe, and wash using the well water. Toddlers and infants should be sponge-bathed.

• Dishes and laundry may be washed in well water either by hand or machine.

• If E.coli is present in the water, it means there has been recent faecal contamination and other pathogens may be present.

• If E.coli is absent, but only total coliforms are present, it could mean one of three things:

- A layer of bacteria (biofilm) may have developed within the well or plumbing system.

- Surface water may be getting into the well, increasing the risk of animal waste contaminating the water.

- The well water may come from an aquifer that contains bacteria. This can happen when groundwater comes from a shallow source.

To kill microorganisms, you must keep water at a rolling boil for at least one minute. Water can be boiled either in a pot or kettle on a stove, in a microwave oven, or in an electric kettle without an automatic shut-off.

If E.coli is confirmed to be present in the well water:

• Inspect the well construction and repair or rehabilitate the existing well.

• Check separation distances between wells and sources of contamination. Determine if there is a source of E.coli near the well, such as a malfunctioning septic system.