Fray: Omicron could be a godsend 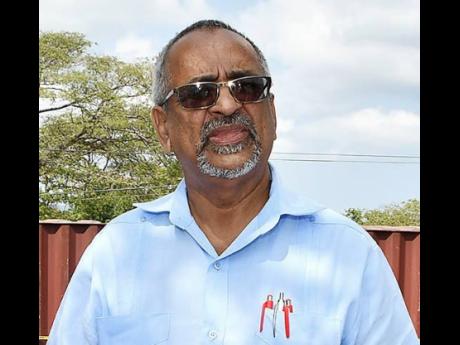 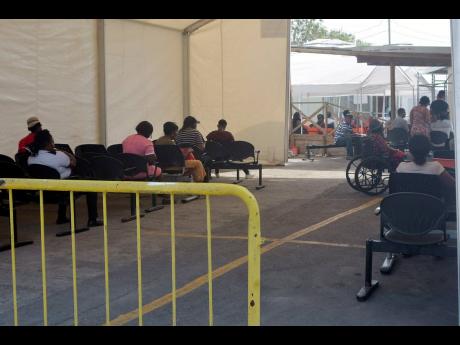 File
This March 2020 photo shows patients sitting in the vicinity of the Accident and Emergency Department at the Cornwall Regional Hospital in St James.
1
2

Dr Delroy Fray, clinical coordinator of the Western Regional Health Authority (WRHA), believes that the Omicron strain of the virus which causes COVID-19 could be a godsend to herald the end of the pandemic with the world moving into an endemic stage with pockets of infection and occasional surges.

Fray was speaking with The Sunday Gleaner last Friday as he gave an update on the impact of the fourth wave of the pandemic on the public health systems in Trelawny, St James, Hanover and Westmoreland, which fall under the WRHA umbrella.

“It is my view that COVID-19 will become endemic locally and abroad, where occasionally there will be a surge, but the vaccinated will not have much difficulty,” he stated.

“We’re seeing the effects of the fourth wave, but we have no evidence that it’s Omicron,” Fray told The Sunday Gleaner, referring to the current variant of the virus now being blamed for a surge in cases across the globe.“Up to three weeks earlier, the number of coronavirus cases I had at each facility was under 10, and [Thursday], I had 57 patients at Cornwall Regional Hospital alone.”

While the highly transmissible Omicron strain is yet to be officially confirmed in the island, a visitor to the island had tested positive for the variant on returning to the United Kingdom late last year.

“What we are dealing with is a less lethal coronavirus and it could well be Omicron, that is my clinical suspicion, and the Omicron strain might be God sent to kill coronavirus. What is going to happen is that everybody is going to catch the Omicron, then we are going to become immunised and we get herd immunity,” Fray said. “Then in another two months, you will see the level go right down and we reach an endemic stage.”

With roughly 130 healthcare workers now recovering from COVID-19 amid a steady increase in the number of patients afflicted by SARS-CoV-2 at hospitals in western Jamaica, Fray believes that based on lessons learnt during the third wave of the pandemic, his team can stay afloat.

Among healthcare workers now in isolation due to COVID-19 are senior doctors, emergency ward nurses and porters assigned to Cornwall Regional Hospital, in St James, Noel Holmes Hospital in Hanover, Falmouth Hospital in Trelawny and the Savanna-la-Mar Hospital in Westmoreland, where 99 patients were being treated for the virus late Friday.

Some 98 per cent of those currently hospitalised were unvaccinated against the virus, Fray said, noting that the continued resistance to jabs and flouting of protocols could be behind the spike.

On the other hand, more health workers are being vaccinated, leading to a quicker recovery from the illness.

“Unlike the last [wave], more healthcare workers are falling ill and have to be off work. However, the recovery rate is expected to be swift as the fully vaccinated among doctors and nurses are at 96 and 60 per cent, respectively; most have also received their booster shot,” Fray said, adding that more people were recognising the importance of being jabbed.

“We see a steady increase [in hospitalisations], but we are not panicking,” he said. “Should we get a sudden increase, we can deal with it because the last surge taught us a lot and we were able to treat 120 very sick patients, to give them the best care that we could.”

Cornwall Regional has 57 confirmed and 14 suspected cases, but some patients are being housed at the field hospital in Falmouth, Trelawny. The Mount Salem-based health facility is operating without 76 of its staff, including 23 doctors and 47 members of the nursing team, but this is an improvement from the 100 workers on sick leave the week before.

The least affected hospital under the WRHA is the Noel Holmes Hospital in Lucea, where only one member of staff was in quarantine up to Thursday, while 12 patients were being treated for the virus.

At the Savanna-la-Mar Hospital, five doctors, along with 27 nursing staff were in quarantine on Friday, while there are 18 patients hospitalised.

Twenty-two patients were being treated at the Falmouth Hospital, with two doctors and 18 nurses reportedly in quarantine.

Demand for medical oxygen across the region has fallen by 10 per cent from the 30 to 40 litres per patient previously needed.

According to data provided by the Ministry of Health and Wellness, Jamaica has registered 118,727 confirmed infections up to last Friday.

The island had 13,287 confirmed active infections on Friday.

Locally, there have been 2,572 confirmed COVID-19 deaths. Another 203 were ruled coincidental while 379 fatalities under probe are yet to be classified.