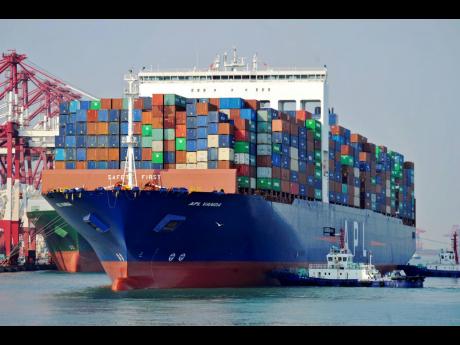 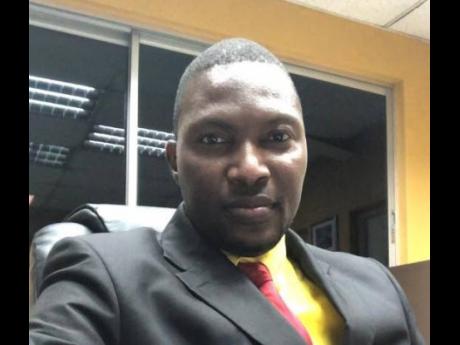 With the global supply chain yet to recover from COVID-19 shocks, it could be a bleak Christmas for shoppers across the island as merchants pass on the increasing costs to source goods overseas.

Freight rates have spiked by as much as 600 per cent as some shipping companies, logistics providers and ports struggle to keep up with an increased supply demand, complicated by COVID-19 resurgences in parts of the Asian continent, leading some firms to cut their sales projections, as delivery delays take a toll.

“We just got a container last week and it was like a moving target. We should have gotten it more than three weeks ago,” Anthony Pearson, managing director of the Montego Bay-based Lloyd’s Department Store, told The Sunday Gleaner last week. “As it stands presently, a lot of people are not going to get their goods for Christmas, even though they were ordered long ago. That much I can tell you.”

Lloyd’s operates from two locations in the Second City and is a leading player in the local retail market, sourcing goods from Panama and the United States to satisfy its clientèle, but Pearson – who succeeded his late father, Lloyd, at the helm of the 55-year-old company – is still feeling the ripple effects of challenges on the other side of the world.

“I don’t do business directly with China, but everything originates there, so even our suppliers in the US and Panama are depending on their supplies from the Far East,” he explained. “If they don’t get it, we can’t get it.”

The businessman explained that shipping larger goods with lower value wouldn’t make much economic sense, with prices jumping by 10 and 20 per cent.

“What you are going to find is that the increase on bulky low-price merchandise such as plastic items and toys are going to be even more significant because there will be instances where the value of the goods in the container is less than what it cost to ship it,” he said.

This challenge also presents another risk for retailers as consumers could end up spending less in the usually busy commerce season if there is not enough inventory and they are not enticed by goods on offer as the jump in costs force manufacturers to prioritise what to ship.

Businessman Sunil ‘Danny’ Vangani is hoping that the Government will consider a suspension of freight charges until the situation normalises.

“What I find hard is that the freight charges and raw material prices have gone up. We used to pay US$3,000 [per container]. Now, we are paying US$18,000 and we have found that getting goods at the price that we were selling before is a challenge,” Vangani said last week.

A supplier of souvenir items to hotels, bond shops and craft vendors for the tourist market, as well as electrical appliances and furniture, Vangani has been operating several businesses along the north coast for more than 25 years. His shipments originate mainly from China, Thailand, India and Indonesia, with vessels travelling directly to Jamaica or through Panama.

“I would ask Jamaica Customs to consider suspending freight charges for this period because it is possible that you will soon see an increase,” he said. “Getting deliveries on time has also become an issue.”

Other pre-COVID-19 era issues also continue to plague the Montego Bay area, including a lack of warehouse space, which has caused unreasonably longer wait for cargo, according to one veteran custom broker.

“Goods are sitting on the wharf two, three weeks without being stripped because Montego Bay has outgrown the space that we have,” said the broker, who requested anonymity. “Right now, port handlers have about 50 containers from about the first week of November that have not been stripped as yet because the warehouse is full.”

A surge in online purchases since the pandemic has exacerbated the space conundrum, with US e-commerce responsible for nearly 20 per cent of sales for 2020.

“We are now down to about 30 containers that are yet to be stripped,” Port Manager Shaun Cochrane of Port Handlers Limited confirmed last week. “But we are working assiduously to get additional space to facilitate greater throughput.”

Compounding the problem, Cochrane said, is the failure of clients to collect their cargo on time, adding that the series of no-movement days as a response to a surging COVID-19 infection rate in recent months also contributed to the backlog.

“A part of the tradition, historically, is that people send down their goods, but collect it nearer to Christmas,” he said. “So we do have a large volume of cargo that are uncleared,” he said, appealing to clients to pick up their goods, noting extended opening hours to now include Saturdays.