Mom: They strung up my baby like a guinea pig 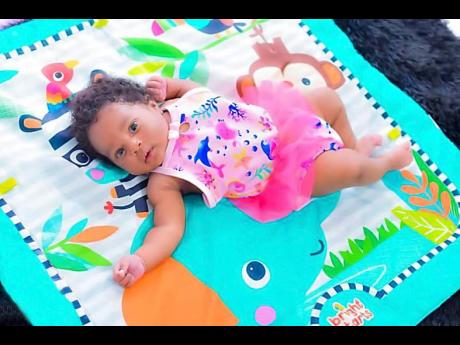 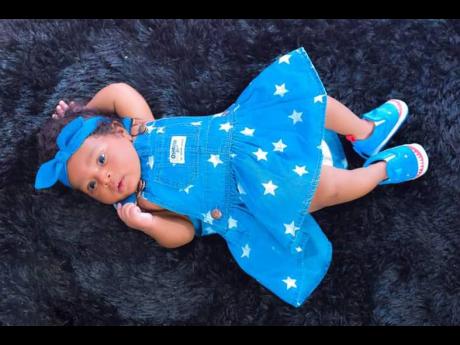 Lawyers hired by a disgruntled mother have written to the Bustamante Hospital for Children to have an independent pathologist oversee the post-mortem of her two-month-old daughter who died suddenly after being admitted for a cough. The infant,...

Lawyers hired by a disgruntled mother have written to the Bustamante Hospital for Children to have an independent pathologist oversee the post-mortem of her two-month-old daughter who died suddenly after being admitted for a cough.

The infant, Mishka Stewart, died on August 11, three days after her mother, Stephanie Rapley, took her in for observation after what she deems constant coughing.

Since the death of her baby, Rapley said she has had sleepless nights, turning to tonic to rid herself of the agony from losing what she terms an “angel” she knew for just 84 days.

Baby Mishka was initially diagnosed with a stomach infection, the mother said, but scans later revealed that the child had a hole in her heart.

But the distraught mother is not buying that explanation.

“Tube all bout pon mi baby. Tube inna her nose, tube inna mouth, tube inna her groin side. You want see how dem have mi baby string up like a guinea pig in deh. The baby can’t manage the thing unnu a do to her,” an angry Rapley said.

Rapley disclosed that she was told that Mishka died at 9:41 p.m. but she was informed of the child’s passing at 11 o’clock.

The mother alleged that medical staff barred her from seeing the child and even delayed delivering the heart-wrenching news that she had passed. The alleged reason: because staff was unaware of the baby’s COVID-19 status.

According to the mother of four, Mishka, her planned final child, was born a healthy baby, whom she carried full term, having only trouble during delivery at the Victoria Jubilee Hospital.

Rapley said the child’s father is not coping with the tragedy.

“Me nah accept weh dem give me. Worst mi see how dem have my baby. If the doctor a guh see me Thursday and say, ‘Mommy, the breathing was OK. Her heart just stop then. Why was she on a ventilator?” Rapley questioned.

She harbours regrets about taking her daughter to the country’s sole children’s hospital and said she was treated unfairly.

Dr Colin Abel, acting senior medical officer at Bustamante Hospital for Children, told The Gleaner that a post-mortem was due to be conducted today. But that has been postponed because the family has requested that an independent pathologist oversee the process.

A new date is yet to be set.

Abel, who confirmed that the child died on August 11, said that Bustamante and other hospitals have imposed restrictions on visits because of COVID-19 concerns.

“But certainly, parents are updated quite regularly when you are in that situation. From what I understand, the mother was updated from time to time. I can’t tell you whether it was every hour, every two hours, or what,” Abel said.