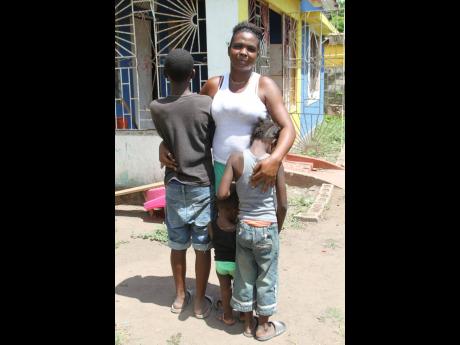 Nathaniel Stewart/Photographer
Tanisha Sewell said her children are being left behind in schooling as the single tablet they had to access online lessons was destroyed early in the last academic year. 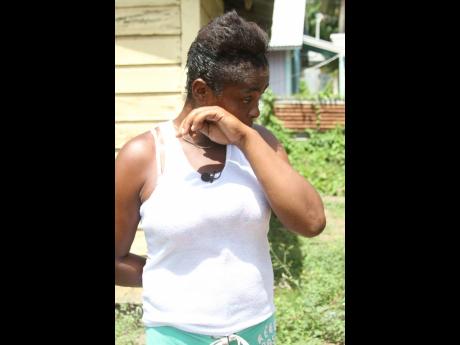 Nathaniel Stewart/Photographer
Single mother of five Tanisha Sewell is hoping to get a job to support her family or assistance in stocking a shop to earn a living. The Lionel Town, Clarendon, mom is also hoping she can get some help to improve their living conditions.
1
2

While some parents are making plans for the new school year, mother of five Tanisha Sewell is just trying to keep food on the table and keep a roof over her and her children’s heads.

She cannot even look as far as a month ahead as her children struggled through the last school year, missing most of the classes as the only tablet they had was destroyed early into the online school sessions.

Sewell hastened to share with The Gleaner that she is willing to work in any capacity as the most important thing to her is ensuring that her children have something to eat.

“I can do many things for myself. I’m willing to work. I can do it. Just want a job,” she pleaded.

Sewell, a resident of Young Street in Lionel Town, Clarendon, said that a resident of the community has promised to allow her to use a building she owns to operate a shop.

Not far from tears, Sewell shared that this is not the life she had dreamed of for her children, and often, it makes her feel bad to know that she can’t adequately provide for them.

“Is not that mi want dat for them, but people just nuh understand. Sometimes dem look pon it seh you caan control dem, and dem way deh, but dem nuh understand,” she told The Gleaner, adding that at times, her stress level gets really high, a concern as she is hypertensive and has diabetes.

Beating up on herself, Sewell said her one wish is to give her children a better life.

She feels terrible about the fact that her seven-year-old sometimes goes on the street and begs passers-by for assistance. She said she doesn’t like it, but what he takes back helps to ensure that they have a meal to eat.

The family is not living under the best of conditions as the dilapidated house is leaking and when it rains, they set buckets to catch the water as they also make do with one bed in the house that they all share.

“Sometimes mi haffi turn sideways,” she said, sharing how she tries to make the night’s rest more comfortable for her children.

She is seeking assistance in securing a better dwelling.