‘I realised I wasn’t as dumb as I was told’ 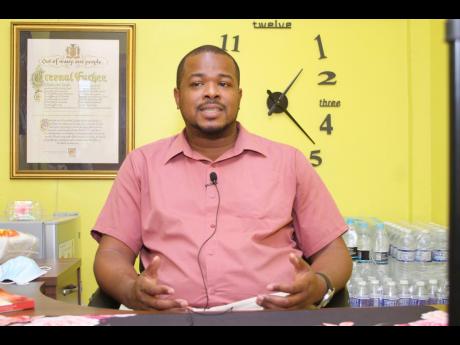 Reverend Marlon Simpson is currently en route to a doctorate, on a long road to securing his achievements, especially in light of the academic challenges exacerbated by emotional turmoil and his father’s approach in handling him at the time,...

Reverend Marlon Simpson is currently en route to a doctorate, on a long road to securing his achievements, especially in light of the academic challenges exacerbated by emotional turmoil and his father’s approach in handling him at the time, constantly calling him a dunce.

Today, the associate clinical psychologist at Church Teacher’s College can now appreciate that his father wanted the best for him, although his strategy of getting the point across was poor.

“I think it was a place of not understanding what I was going through and how to help me, and I didn’t know how to tell him,” Simpson told The Gleaner.

Recalling that he wasn’t learning as much as he should back then, Simpson said that, emotionally, he wasn’t able to keep up with everything at school and would fall back in his studies then become upset.

“It took a lot of mental strength to get through some of the difficulties because there was nobody I could talk to at the time, because nobody knew what I was going through. Nobody knew how to approach the situation and say, ‘Talk to me’. It was a difficult situation, but I had to pull on my own strength,” he shared.

He said that, although his mother and uncle didn’t really understand and couldn’t give him the kind of support he needed at the time, they were there and it made it easier for him to eventually express himself.

“When I did my first set of exams, I didn’t do as well as I wanted to, but they said, ‘Keep going’, and then I got my first degree, got the second degree, got my master’s and just kept moving from there. And so I realised that I wasn’t as stupid or as dumb as I was told from before,” Simpson reflects.

He said he eventually went back to his father and presented all his accomplishments to him in what was a feel-good moment as his dad expressed pride in what he achieved.

As Father’s Day approaches, Simpson wants dads to know that it is very important that they affirm their children.

While fathers don’t want to hear that their children are not doing well, it is unhelpful getting upset with the children and labelling them. Instead, he stressed, they should take the time and talk to them and find out what is going on.

“Even if you don’t fully get what’s going on, it is important to just listen, to not get upset so easily. We don’t have that culture where we are able to talk about our mental or emotional state,” he added.

Now a father himself, Simpson said he is applying lessons he learned along the way in raising his young son. His elder is okay and more confident, so he pays more attention to the junior, encouraging him to talk about any issues he might have.

“I listen because, as young as he is, I ask what is on his mind, and I would encourage him and be there to give support, no matter how upset I might feel,” he told The Gleaner.

His advice to fathers is to listen and engage and always give support.