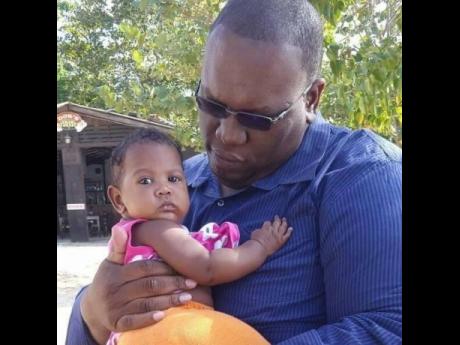 Contributed
Ralston Barrett has been raising his daughter Symphony on his own since she was one year old. 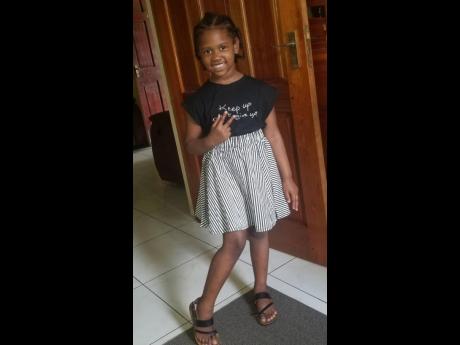 Ralston Barrett wears many hats –public relations practitioner, music producer, artiste manager, businessman, etc – but the title that gives him the most pride is ‘Daddy’.

Barrett, who will be the first to admit that the challenges raising his five-year-old daughter, Symphony, are numerous, said he would never trade the precious moments she has brought to his life.

Recovering from an accident that has left him now doing therapy as well as having to dig deep into his pockets – drained by the downturn in business brought on by the COVID-19 pandemic – he recalls the interaction with his daughter, who was in the vehicle with him at the time.

“I was driving early one Sunday morning with my daughter when another vehicle crashed into the left side of our vehicle. When I looked to my left, I could see the other vehicle coming very fast towards us. I began praying in my mind immediately as I tried to avoid the accident. However, the other car still hit us. At that point, all I wanted to know was that my daughter wasn’t hurt,” he told The Gleaner.

Barrett said he instinctively called out to her to find out if she was okay and was relieved when she responded in the affirmative. He said he almost cried when she fired a question at him.

He was relieved when she came to the front of the car as instructed so he could make she wasn’t hurt and realised she didn’t have a scratch. That soon changed to excruciating pain when he realised he could not move his foot.

It was another touching moment for the proud father, who, although in pain couldn’t help but be amazed when he told her he couldn’t walk and pushed her outside the window.

“Immediately she started screaming, ‘Help! Help! Help! Please, my Daddy needs help!” recalled Barrett. “Just talking about this brings tears to my eyes because we could have died.”

When the police arrived at the scene, his little angel reminded him to put on his mask as they whisked him away to the hospital.

Barrett said, after being taken to hospital, his injuries were misdiagnosed and he was treated and sent home with a referral to go to another hospital.

A few days later, he was admitted, leaving him no choice but to leave Symphony in the care of her nanny.

“Being away from her was very hard for both of us because we aren’t used to being away from each other for long periods of time. She was going to be five in August and I have been raising her on my own since she turned one,” he shared on the close bond the two of them formed over the years.

He would spend more than two months in hospital.

“That was the hardest part, she was staying with some relatives in Westmoreland, and every time I video-called her, she kept crying and saying, ‘Daddy, you’re coming back?’”

Barrett remember her asking the same question when he went to the clinic last November last year before being admitted, and he assured her he would be back. However, they discovered that his leg was infected and he had to be hospitalised.

“When they told me that I had to stay in hospital, I began to cry because I had broken my promise to go back home to my child and it pained my heart knowing that she was at home waiting for me to come home and I had let her down,” he stated.

He said his bond with Symphony is one of the most fulfilling things he has ever done in his entire life. For him, nothing compares to being a father and he would never trade it for anything in the world.

Barrett said that he sees a lot of himself in her and all he wants is for her to be a good human being.

“I would like to use this opportunity to encourage the men who fathered children and are not doing the right thing to step up to the plate and be a good father to their children. Children need their fathers,” he stressed.