Correctional officer dies after being stabbed in prison 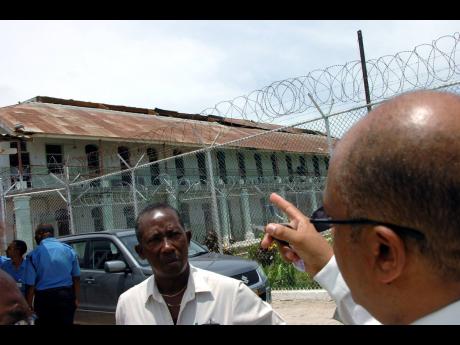 An investigation has been launched into the death of a correctional officer who was stabbed by an inmate at the St Catherine Adult Correctional Centre yesterday morning.

The deceased is Jimel Westley.

The Gleaner understands that at about 9:45 a.m. when the cell was being locked, Westley was stabbed with a makeshift ice pick.

He was rushed to the Spanish Town Hospital where he died while being treated.

During yesterday’s sitting of the Senate, minister without portfolio in the Ministry of National Security, Matthew Samuda, described as worrying the killing of yet another member of the national security apparatus.

Westley’s death follows that of 36-year-old Kirkland Omar Plummer, a constable who was attached to the Manchester Police Division.

Samuda said it is a rough time for the nation as members of the security forces “face deep threat and significant risks”.

“It tells a troubling story that the men and women who have sworn to protect us in the varying security organisations … that do all in their power to keep Jamaica safe and to keep us on an individual basis safe are being targeted,” said Samuda, who has direct portfolio responsibility for the correctional services.

Samuda also extended condolences to Westley’s family and friends and to the men and women of the police force.

Opposition Senator Lambert Brown, in offering condolences, said that Jamaicans of all political and social stripes must throw their support behind those sworn to protect the population.