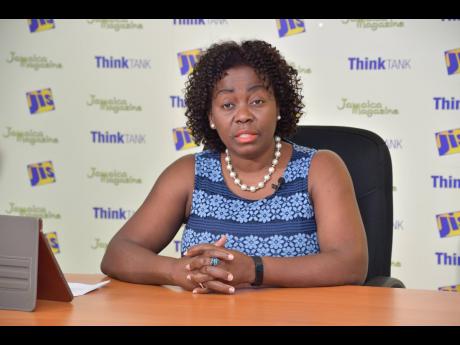 More than 30 applicants shortlisted for customer service and sales representative positions at a ghost call centre have raised an alarm and want the authorities to probe its operations.

Some of the hundreds of jobseekers have reportedly paid over money to secure equipment as a condition of their employment.

Companies Office of Jamaica records do not show Nkoma Corporations as a registered organisation.

Reports were made to our newsroom by persons who contacted the entity regarding an advertisement that was being circulated.

“The grammar alone kind of threw me off because no professional place is going to text that way. They ask you for $6,000 to pay for equipment … . Their information was not consistent,” said one applicant who requested anonymity.

“They said the money was for ID cards and then said it was for equipment to be delivered to your home … .”

Visits to the organisation’s purported site in Cross Roads, St Andrew, have come up empty as no office associated with the company could be located.

“When we went to the office, we saw the building, but it was just blank. We saw somebody, and they said it was a doctor’s office,” the applicant said.

One former HR rep said that she was interviewed for the job and worked with the entity for four days. She said she threw in the towel because things were not adding up.

“I was sceptical, but I sent in my application, and they reached out to me from a foreign number about 9 o’clock the night and did a brief telephone interview,” the rep, who also asked not to be named, told The Gleaner on Thursday.

The HR rep disclosed that she processed close to 60 applications from jobseekers aged 18 to 30 in her short stint with the company. She said she is still in the dark about the company’s operations.

She revealed that the $6,000 fee covered payment for equipment to be shipped, according to instructions from her employer.

Gloria Henry, president of the Global Services Association of Jamaica, which represents 80 per cent of business process outsourcing firms in the country, said that requests for money to purchase equipment were highly unusual in the industry.

Nkoma Corporations is not a member of the Global Services Association.

Calls to the operator of Nkoma Corporations by The Gleaner , as well as by human resource representatives who worked on his behalf, have gone without answer. No response was forthcoming to email queries sent to the company by The Gleaner.

A Facebook page associated with the entity solicited interest from applicants who had a good command of the English language, were computer-literate, had a pleasant telephone voice, and had customer service experience or certification. The applicants should also be high-school graduates.

The former staffer said that she grew increasingly frustrated because she was unable to give any information to the jobseekers.

The police Fraud Squad in Kingston informed The Gleaner that it had not received any official reports in relation to Nkoma Corporations.

Henry has questioned the request for applicants to buy equipment.

“That is wrong because no BPO, no contact centre is to be asking anybody to pay any fee. They shouldn’t be paying any fee… . There is no mechanism that I am aware of that anybody should be paying any money to any entity purporting to be a contact centre,” Henry told The Gleaner on Thursday.

Henry has for months been advocating for all BPOs to be required to register with the umbrella group, but that call has received pushback from players wanting to remain independent.

“We are in the process to really find a mechanism or a single agency that can house a registry of legitimate contact centres … . I think the regulatory body right now is the Special Economic Zone Authority,” she said.

Permanent secretary in the Ministry of Labour and Social Security, Collette Roberts-Risden, could not be reached for comment.