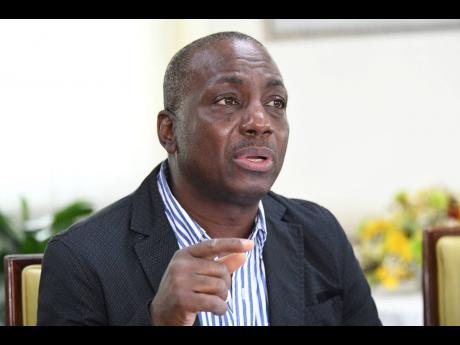 Threats by the underworld surrounding a missing illegal firearm hidden among trash on Whitehall Avenue and whisked away to the dump forced garbage collectors to travel under police escort up to a few weeks ago.

The situation is still at a delicate stage, Audley Gordon, executive director of the National Solid Waste Management Authority (NSWMA), admitted in response to questions raised by The Gleaner days after word emerged that garbage collectors were on tenterhooks.

Heart-stopping fear is ready currency on the tough urban street in the violence-plagued St Andrew North Police Division – and a double beheading on the nearby Plum Lane more than a week ago is a clear reminder of the dread Whitehall Avenue invokes.

The gun was purportedly concealed among garbage – a familiar strategy of gangsters – but was reportedly swept up and tossed into the compactor for transportation to the Riverton City dump.

But the criminals, according to sources close to the heart of the dispute, suspect that collectors might have stumbled upon the weapon and taken possession of it.

Gordon has sought to discount the credibility of the claim, with actors close to the state agency enlisted to defuse what threatened to become a smouldering conflict.

“Ever since we had a rumour of some firearm being among the garbage that was collected – and I say rumour because none of my men claim to have seen any firearm – we at the office got the report that men are claiming that. We tried to reach out to people, unofficial ways to hear their side of the argument and see how we could resolve this matter,” Gordon told The Gleaner on Monday.

The garbage collectors, men and women combined, have been fearful about executing their duties.

The NSWMA executive director conceded that “there was some tension”, adding that the state agency sought to treat with the crisis as “humanely as we could” in a bid to reassure the workers.

Police cover for the garbage collectors lasted for around six days, Gordon said.

Despite the involvement of the police, Gordon said they do not expect relations to improve overnight.

“Our sanitation workers still have concerns. We are in the area working and we try our best to be careful as we normally do, but I would say things are much better now than it was couple of weeks ago,” he said.

It’s not the first time that an illegal gun has gone missing after garbage collectors heaped trash into their truck.

A similar incident occurred in another St Andrew community. That rift was resolved by unofficial means.

An NSWMA manager or monitor engaged in a “conversation” with players at the street level and was assured that “everything was all right”.

Gordon said that the agency considers these types of incidents unfortunate.

“What it does is destabilise the operation. Our men and women, though, they are very courageous people. They go into every community, they are very committed to their job, but they are humans, and once one feels there is a threat, real or imagined, ... persons are reluctant to go and do their work,” Gordon told The Gleaner.

A resident of Whitehall said that collection in the area has improved since the incident but persons are still wary of a reprisal with the gun still missing.

“It is no secret that Whitehall hot up since the year start and every corner deh pon lookout. The tension is still there and people still a talk about the gun and garbage collection incident, so it won’t just die down,”

Superintendent Aaron Fletcher, head of the St Andrew North Police Division, could not be reached on Monday, as calls to his phone rang without answer.

Up to October 3, 2020, there were 50 killings in the St Andrew North Division compared to 45 for the corresponding period last year - an 11 per cent increase.