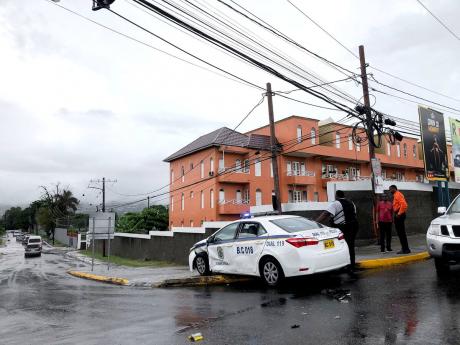 Contributed
The accident scene at Central Avenue and Constant Spring Road involving a police service vehicle around 2 p.m. on Tuesday. 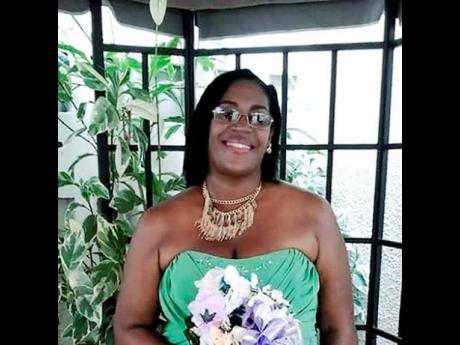 Contributed
Detective Sergeant Maydeen Blackwood who died in a crash on Tuesday.
1
2

The police force again plunged into mourning late Tuesday following a fatal traffic crash in which several of its members were also injured.

Blackwood, who was pinned in the vehicle for some time, was also a member of the Jamaica Constabulary Force choir, The Gleaner understands.

The service vehicle ran off the Mandela Highway before overturning several times and ending up in bushes shortly after 5 p.m. on Tuesday.

Reports are that the injured officers were rushed to hospital, where the woman sergeant was pronounced dead.

There was a massive gridlock along the major thoroughfare as curious motorists looked on in shock at the accident scene at peak hour. Scores of police personnel visited the crash site.

The National Works Agency (NWA) advised motorists to expect delays on Mandela Highway as a result of the traffic accident.

A section of the highway was cordoned as the police searched for weapons that may have fallen from the vehicle as a result of the wreckage.

The NWA said that the accident, which occurred near the overpass to the North/South Highway, resulted in delays for motorists heading from Spanish Town towards Kingston.

Traffic was diverted on to a section of the western carriageway.

There was another traffic accident on Tuesday involving the police – a collision between a service vehicle and civilian driving a Honda at the intersection of Central Avenue and Constant Spring Road.

That accident occurred about 2 p.m.

The police force has been mourning the death of two cops who were assigned to the St Andrew South Division.

They are constables Kamal Foster and Kemar Francis.

Foster died after being hit from his motorcycle, while Francis was killed by a gunman in Whitfield Town more than a week ago.