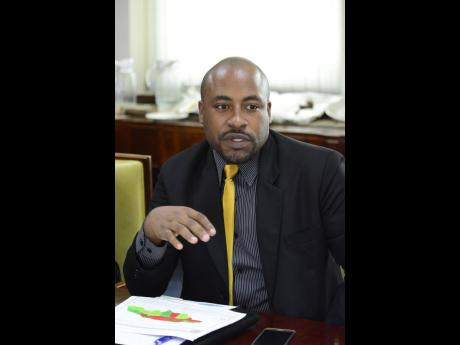 Despite a 60 per cent drop in missing children reports between March and August this year when compared to the corresponding period last year, there remains a real concern over the safety of the nation’s young.

While the COVID-19 pandemic may have caused misbehaving children who run away from home to stay put, there are fears that others, who would normally leave home to seek refuge from verbal, physical, and sexual abuse in less-than-ideal homes, may also be trapped.

Over the six months, the National Children’s Registry (NCR) in the Child Protection and Family Services Agency (CPFSA) said that the police’s Missing Person Monitoring Unit has reported that missing children reports fell by 59.07 per cent.

Data requested by The Gleaner show that a total of 495 reports were filed for missing children for the period – 89 males and 406 females.

Between March and August in 2019, eight hundred and thirty-eight children - 191 males and 647 females - were reported missing.

The NCR said that in the summer and in May, for example, there is usually a spike in the number of reports, but there was little variance in the data this year.

NCR Deputy Registrar Warren Thompson said that the reduction is believed to be linked to COVID-19 restrictions.

“[The] majority of children who go missing are those who leave voluntarily,” he said. “We don’t have any direct control over what the numbers are like. We can only encourage children to stay at home and encourage parents to make the home a place that is conducive to children – a place that children feel safe, loved, valued, and would want to remain in.”

Thompson said that the NCR would continue its efforts towards preventing runaways and that it hoped that the numbers would remain low even after the pandemic has ended.

With a new format to schooling, there are concerns that guidance counsellors, who are trained and often are the first to see the change in behaviour among children, may not be able to spot warning signs as readily in virtual classrooms.

Social worker Kerry-Ann Lopez said that while she was in training as a guidance counsellor at a Portland-based school, whenever a student was absent for a period of time, the counsellor would visit the home.

Lopez, who will be the guidance counsellor for a cluster of three Portland schools when the new school year begins, said school is, most times, where children go to escape from the realities of their homes.

“Even if a child is missing from home [in the virtual set-up], a counsellor may not know, whereas when children go to school, they are registered daily. If a child is absent from school two-three days, this information would be passed on to the counsellor and they would find out if the child ran away or is being abused ... ,” she told The Gleaner. “Face-to-face school is not in session, so some information is not related to the counsellor, so they would not know.”

This month makes 12 years since then 11-year-old Ananda Dean – after whom the State’s Ananda Alert missing children response system was named – went missing and was later found dead.

Her sister, Shanice Dean, told The Gleaner that the memories resurface each time she hears a report of a missing child.

“It pains my heart knowing my sister went missing and didn’t return back home, which brings back all the little memories we had together. Every time a child goes missing, it saddens me, wondering if he or she will return home,” Dean said.