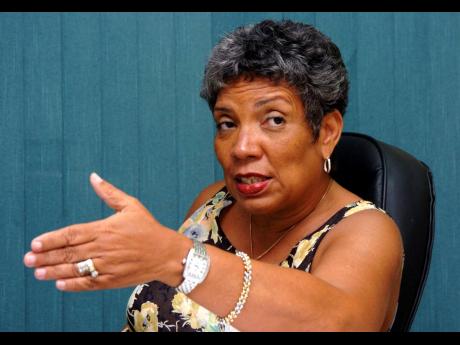 Disbarred real estate attorney Jennifer Messado, who is facing several fraud charges, has been released after spending a week behind bars for breaching a civil court order.

The court had sanctioned her for six weeks’ imprisonment.

Justice Kissock Laing had made an order that Messado not remove money from a particular account.

Messado was sentenced on September 16 after a complainant pointed to a breach of the Supreme Court order.

Christopher Townsend, who represents Messado, confirmed that his client breached the order and was sentenced in the civil matter and later released.

Messado, 70, returns to court on Thursday on a substantive fraud matter.

Townsend revealed that most of the cases mounted against Messado were being settled, and that his client hoped to achieve similar resolutions for the other matters still in court.

The well-known real estate attorney was disbarred in 2018 and had been slapped with nearly a dozen fraud-related charges in four separate cases in which investigators alleged that she used forged documents to ‘sell’ a number of properties valued at millions of dollars.

Some of the properties in question were never up for sale.

Dancehall entertainer David ‘Mavado’ Brooks is among the persons who have come forward with claims of being defrauded by Messado.

It is uncertain if Messado’s deteriorating health condition also played a role in her early release.

Since court proceedings were launched, Messado has collapsed in public and had another regretful experience on the stairs of the Kingston and St Andrew Parish Court.