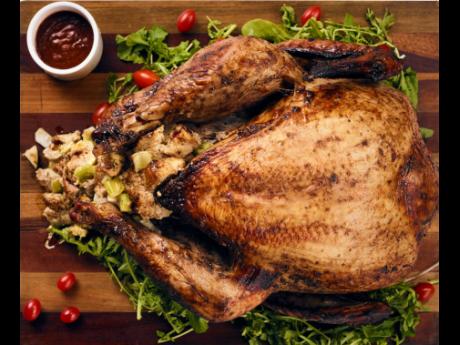 Contributed
Having jerk turkey is a great way to spice up Thanksgiving, so Chef Forrester will be serving it on the Rockhouse Thanksgiving menu. 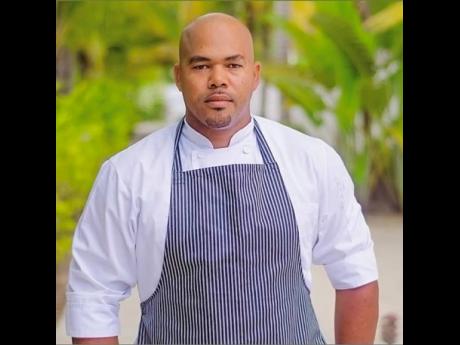 Contributed
Chef Kahari Woolcock is the former Chef de Cuisine for the Miss Lily’s Soho and East Village locations. Now he is back home in Jamaica at Miss Lily’s at Skylark and whipping up tantilising creations for guests from all over the world to enjoy. 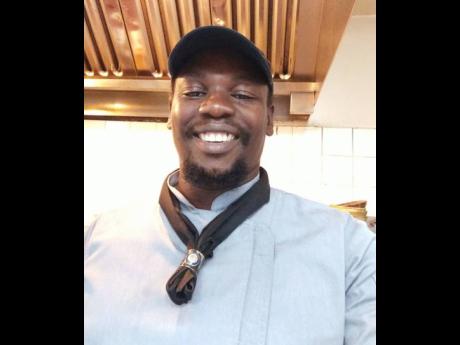 Contributed
This November marks 17 years since Chef Jermaine Forrester has been with Rockhouse Hotel. For Thanksgiving he has put together a menu that showcases his prowess in the kitchen and treats guests to a satisfying food experience.
1
2
3

Though in Jamaica ‘big cooking’ is normally reserved for Christmas, over the years, especially within the tourism sector, Thanksgiving dinner has gained much popularity. With more Jamaicans even tapping into ideas such as ‘Friends-giving’, the celebration usually gets people into a posture of gratitude heading into the Christmas season. But whether you celebrate it for cultural reasons, an opportunity to connect with family and friends, or just for the vibes and food, the cooking can get stressful. Luckily, several restaurants are rolling out placemats for Thanksgiving dinner. Among these are Rockhouse and Miss Lily’s at Skylark in Negril, and according to Chefs Jermaine Forrester and Kahari Woolcock, they have prepared menus that will deliver all the Thanksgiving favourites with a Jamaican or tropical twist.

“I was thinking about Thanksgiving and I was thinking about the turkey. Turkey is poultry similar to chicken, and Jamaicans on a whole love jerk chicken, so why not fuse the overseas traditions and give them (guests) a taste of some Jamaican cuisine as well,” Chef Forrester told Food.

“So for one of the entrées, we have a slow-roasted jerk turkey. Jerk is where the Jamaican comes in. We are serving that with jerk sausage stuffing. Most people will generally use the stuffing that comes in the turkey with other ingredients, however, we are removing that stuffing and using jerk sausage and bread, and we make that into a sort of like a bread pudding and add all the seasonings to make it flavourful. I have been seasoning the turkey for about two days. It has been well marinated, and we start cooking it from the night before because it has to be slow-cooked. It should be tender and full of flavour,” he continued.

The turkey is also served with an Appleton Rum sauce. According to Chef Forrester, it was a huge hit last year, and so they had to ensure that it was featured this year as guests have been raving and requesting it.

On the beach at Miss Lily’s, Chef Woolcock is serving up a more traditional-style turkey for guests with a turkey recipe also making a comeback from the 2021 Thanksgiving menu as he has received nothing but amazing reviews about it.

“We have a very diverse crowd, so we are trying to make each person satisfied even though we are doing some collaboration (of flavours). We are staying true to a lot of the authentic flavours with the turkey entrée. So we are doing a standard breast stuffing and gravy, but it is jerk marinated. It won’t be jerked. It just has pimento essence to it, so a Scotch bonnet flavouring that won’t be overpowering.”

Noting that they provide options for all kinds of eaters, they have included choices to satisfy those who do not eat turkey. Another menu item at Rockhouse for the occasion is a Grilled Blackened Snapper, which is also a great pescatarian choice.

“For the Blackened Snapper, it is all about the spice. We are doing Jamaican. so, basically, we are spicing that up again. And of course, we cater to our vegetarians. We have curried lentils with homemade roti. Dal and roti and curry and roti always go together, so that is how we brought that into the menu,” said Chef Forrester.

The snapper is served with Coconut Scallion Mashed Potato and Fresh Fruit Salsa.

At Miss Lily’s, guests can enjoy a Vegetable Pappardelle.

“We have to provide something for everyone. So it (the Vegetable Pappardelle) is vegetarian with cheese and vegan without. We are using mushrooms and cherry tomatoes and onion parmesan,” Chef Woolcock shared.

Also with a fusion of flavours are the dessert choices that provide the perfect sweet treat to complete the meal.

“We have the cranberry bread pudding for dessert. Usually, we serve a rum and raisin bread pudding here, and it is one of our staff and crowd favourites. So what we are doing now is using dehydrated cranberries to mimic the raisins and serve it with vanilla ice cream and then a freshly made coulis from the cranberries we have. So that is cranberries, sugar, ginger, and cinnamon, and we reduce that until it becomes a nice rich paste. Then we have a Strawberry cheesecake, which is pretty standard. It is just a New York-style cheesecake with a strawberry coulis and freshly sliced strawberries on top,” Chef Woolcock said of the delectable treats for what those who intend to dine at Miss Lily’s can expect.

At sister property Rockhouse, Chef Forrester is preparing a twist of pies and cheesecake.

“Normally for Thanksgiving, you would have, like, a pie or apple pie. Being in the food industry for so many years, knowing and seeing people gravitate towards what they love, I have realised that women love cheesecake. So we decided to include one. But instead of just a regular cheesecake, I figured, why not make it Sweet Potato Cheesecake. It is Thanksgiving after all. Then we bring in some more traditional favourites with the apple walnut pie, which is a combination of two pies. Usually for Thanksgiving, an apple pie is made or a walnut pie is made. We just decided to combine the two,” he shared.

DON’T FORGET WHERE YOU STARTED

For the appetisers at Rockhouse, they have a Jerk Shrimp Caesar salad made with farm-fresh greens, and for the soup, there is Roast Pumpkin with cinnamon cream. Miss Lily’s is presenting a salad of Greengrow Farm lettuce, including sliced apples, orange segments, and a passion fruit vinaigrette. They also have curry shrimp spring rolls, which Chef Woolcock specifically included to be something extremely light and tasty.

Of course, when it comes to Thanksgiving dinner, there is some alcohol involved. For cocktails, Rockhouse is serving up a Pumpkin Pie Colada that is made of pumpkin purée, white chocolate ganache, meringue, Scotch bonnet caramel, molasses, and dark rum. Miss Lily’s will have a triple sec - Jack Daniels whiskey, angostura bitters, and apple juice cocktail dubbed the Applejack.

“I know guests will have a great food experience. It is of the highest quality, taste, and flavour,” Chef Forrester said of the Thanksgiving menu.

For chef Woolcock, who explained that he designed his menu in such a way to cater to the fact that 90 per cent of in-house guests are New Yorkers and the other 10 per cent are locals, he is hoping to just provide fun family times through food. “I expect large tables and lots of smiles,” he shared.