Hills & Chill worth the drive 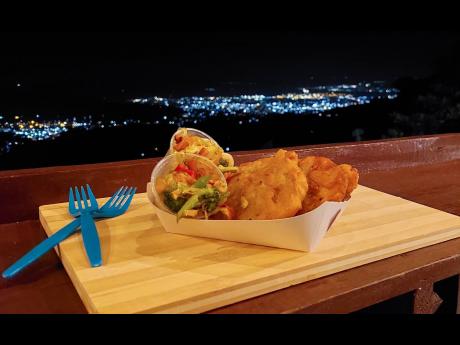 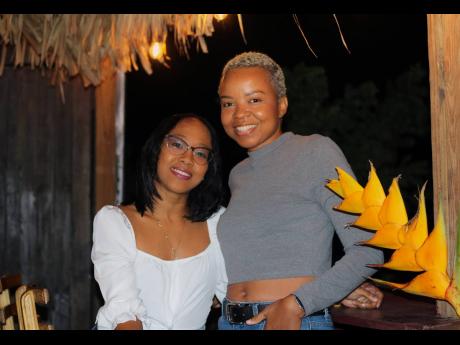 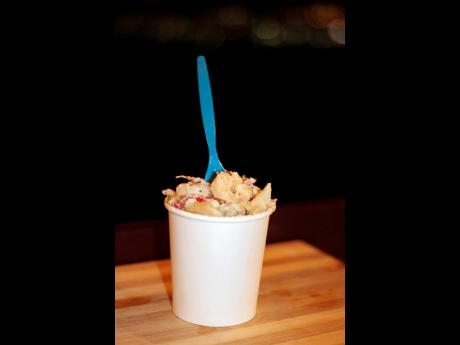 Stephanie Lyew
The Alfredo pasta has a generous serving of shrimp. 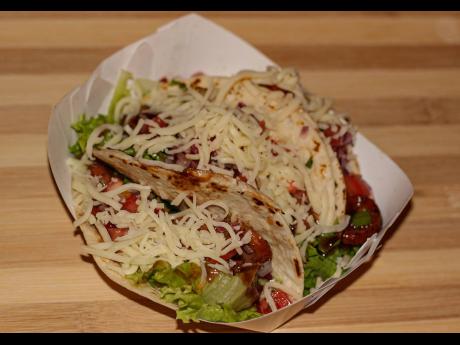 Stephanie Lyew
The smoked pork sausage tacos was an interesting blend of Jamaican and Mexican flavours. 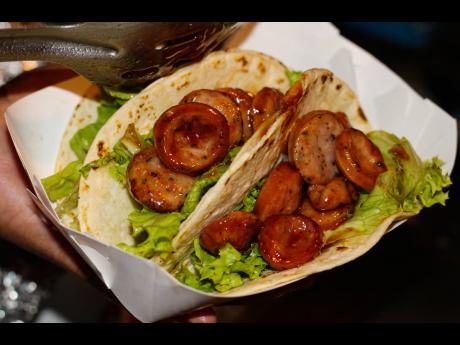 Stephanie Lyew
The chef takes care in laying a bed of lettuce and the meat choice when making tacos. 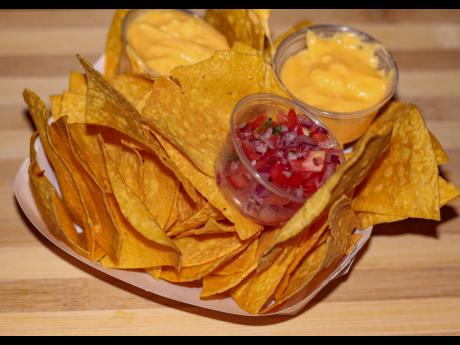 Stephanie Lyew
Each order of fried tortilla chips gets two servings of a creamy blend of cheeses and chef Venessa Clarke’s ‘special salsa’. 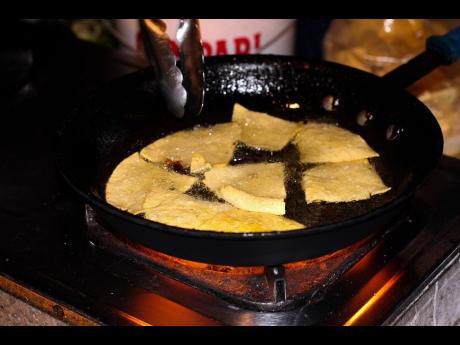 Stephanie Lyew
Tortilla chips are fried until they are golden brown and crispy. 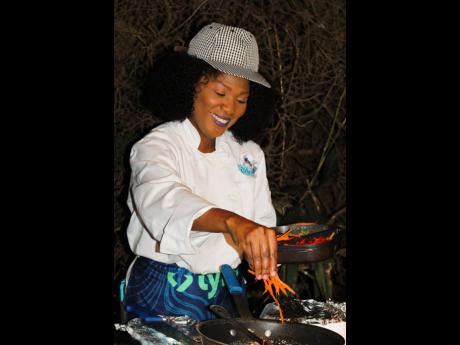 The sharing of a meal can form part of a love story, a memorable family occasion, and the way people connect and reconnect. Join me in uncovering some of the best spots in Jamaica to enjoy a meal with the person of your choice. Put on your best outfit, come with a hunger for flavour and step out on the town for ‘Date nights with Steffi’.

Imagine getting lost on your way to dinner because your friend is just the worst at giving directions. My date for the night, Angella ‘GieGie’ Byfield, is also my mentor. So, don’t get me wrong, I trust her, but for the entire drive to Irish Town for what I was told would be an adventure I would not regret, I kept on asking myself, is this worth it? Well, the verdict is out … it is.

GieGie convinced me that Hills & Chill by the Irish Town Café, held on Tuesdays, was an appropriate spot for a date night with just about anyone. The name tells you exactly what Hills & Chill is all about – just a cool out spot on the hill where the atmosphere is carefree and undemanding, and you won’t feel bothered if a little sauce gets on your hands or shirt and you’ll need to dress warm if you’re not a fan of the cold. At the centre of it all is chef Venessa Clarke of Fabulous Bites.

Chef Clarke’s pot was already sizzling when we arrived, and I could warm my hands by the side of the stove. It was only fried tortilla chips and salt fish fritters, but the mist in the air seemed to have absorbed the smell of both. In less than 10 minutes of standing there, she served the fritters with steamed vegetables and the chips with her ‘special salsa’ and cheese sauce to munch on until the main course was ready.

Almost every person walking or driving by stopped to say hello or order a serving of the fritters. The chef was clearly at home, which she would later reveal. “I love this area; home is where the heart is, and it is where my parents are from. Even if I move off the hill, I always revert here because the atmosphere, [and] the energy, is good. I always recommend to persons, if you’re stressed out, you can just take a drive up the hill and chill,” Clarke said. She launched Hills & Chill Tuesdays in May of this year, and while it seems a bit off the grid, people religiously make their way each week.

As I took in in the surroundings, GieGie’s hands were knuckle-deep in the chips and cheese. She had been to the spot before – four times to be exact – and knew the cheese would soon lose its creamy texture because of the cold air. I was in a daze for a few minutes too, but because of the view. Overlooking Kingston, seeing the city’s lights and hearing the breeze flowing through the trees (over the chattering of my teeth) was soothing.

What brings guests to Irish Town? “First, it was all about the pasta, but people would stay longer because of the atmosphere and eventually wanted more of a menu,” Clarke shared. She has since added a variety of tacos to the menu, along with the starters. Chicken, shrimp and smoked pork sausage are the main meats on the list, and people can have a choice of two or three.

A chef for approximately five years, Clarke has built a name with her pop-ups for breakfast and lunch, but after realising that she was not a morning person, she said, “dinner was the next best thing”. And it was dinner with all the thrills. The food here makes an impression not because it’s Jamaican, Mexican and Italian – at times melded into one – but because it is steeped in comfort, and there is a meticulousness to the way Clarke prepares each order without calling attention to herself. She regards her dishes elaborately and does not tone down her style for the informal setting. The tacos are tasty, but the distinct marriage of chicken, shrimp and smoked sausage in a spicy Alfredo sauce, topped off with Parmesan cheese, made me eager to take one forkful after the other. I left Irish Town feeling somewhat guilty to leave.

For GieGie, there is a reason she keeps coming back. “I may be a bit biased because I’ve been here a couple of times. When I want to get away from the city, Hills & Chill is where I go. After I was introduced to it by a friend of mine, I have made the effort to come and support the chef. The menu is not extensive; the set-up is simple but, all-in-all, very good. The full house sausage, shrimp and chicken pasta has been consistently creamy and flavourful, and with every bite, I can taste the flavours of each ingredient. I like the fact that I can observe how the chef prepares the food. The tacos are my second favourite,” she said.