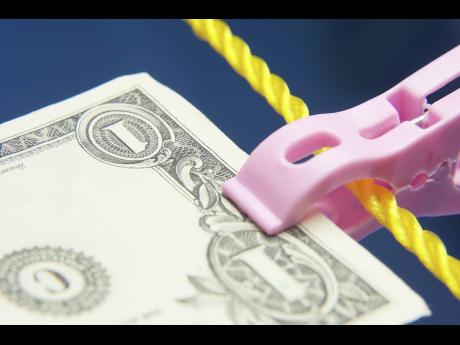 For obvious reasons, I cannot hint at the man’s name, give the year it happened, and I cannot tell you to which political party he was attached. On top of that, the matter would be much too embarrassing for both entities (the man and the party), so it would suit them both to say nothing of the sort happened.

So this is what happened. It took place in a year sometime between 1995 and 2006. Let’s call the young man Mr X. It was very obvious that he would be ‘going places’ in the party. He was super competent, and he had that thing that only a few politicians have naturally: an electric presence that opened doors in all sectors of the society and gave him instant respect.

One day, Mr X was somewhere close to party headquarters in conversation with a well-known businessman, who was also a regular funder of the party. At one part of the conversation, the businessman enquired about funding. Mr X told him that he didn’t have the numbers but that the party could always use more money.

Right there, the businessman decided to give $550,000 to the party. The businessman, in pulling out his cheque book, wanted to know the name of the specific account. Mr X told him that he was not quite sure. The businessman suggested that the cheque be drawn in Mr X’s name, who assured him that it would be lodged in the coffers of the party.

A few months later, the businessman is again at party headquarters, just talking shop with friends and party people there. Again, he enquires about funding, and in passing, mentions that he gave the party a heavy cheque not too long ago. One person goes to accounting, and something does not add up. He cannot find any trace of its receipt but tells the businessman that all is well.

Mr X is called in, admits that he had been experiencing cash-flow problems in his private-business pursuit. He asks for time to repay. The time elapses, and he is forced to face off with the party leader. The leader shows him the exit and allows him to claim that new responsibilities and pressing family matters have now claimed supreme importance in his life. Goodbye politics.

It is certainly no consolation that in judging general governance issues and relative performance strengths of our two main political parties, corruption is unlikely to move our people one way or the other.

THE POLITICS SETS THE CORRUPT GAME

I doubt that there have been many readers who have been out and about with some members of Parliament. Some of us have seen them at election time when they pass through to make a small-town district and its main bar happy for a day.

I have travelled with a few MPs, and to me, the job seems impossible. Based on the demands of immediate needs and wants – a few sheets of zinc roofing, a roll of chicken wire, fixing the piped water system to a small school, etc – I am convinced that the first order of being a politician is mastering the skill of lying with an honest face.

The late Eddie Seaga once told me that he had never been in the business of personally handing out anything to any constituent. “They can go to the office and speak to the people there. The West Kingston Foundation is there for that.”

For those MPs who know that making it to ministerial status is not in the cards immediately exposed, if they expect to suitably exist by taking home $300,000, they ought to know that once one enters the constituency, that $300,000 is constantly under immense pressure.

Well over a decade ago, Portia Simpson Miller told me that a stay in her constituency for over an hour would deplete whatever cash that was left over from her government salary.

Years ago, I spent half of a day in the constituency of Pearnel Charles Sr. The only thing he did not have stacked in his constituency office was prescribed medication. Believe it or not, though, he did have over-the-counter medication on items usually needed by older constituents.

HAVE THIS TALK WITH THEM, PM

I knew this married couple years ago. Before they moved to Florida, the wife would always figuratively collar her husband while they were at the dining table. She would do it about twice per year.

She would look across at him and say with a straight face, ‘Honey, if there is anything you have to tell me, please don’t mek mi fine out. Just tell mi now.’

The husband, who was my friend, would tell me that even when he wanted to ‘stray’, that look and talk would draw him back into the straight and narrow.

Prime Minister Holness needs to stare into the faces of his Cabinet members and say to them, ‘Is there anything cooking that anyone of you believe you have to tell mi now? Is there anything that the PNP knows, and you know dem know, that yu want purge from your system by telling mi now? ‘Are there anyone of you here now who will soon need either a letter of resignation from your ministry, or will it be less painful for you if I should write a letter booting you?’

The political tradition of the JLP preferring to deal with their own and the PNP doing the same while they control government will not die gracefully.