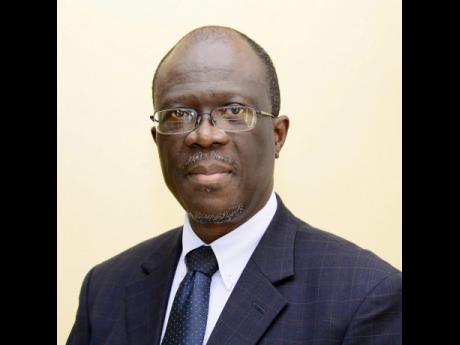 Two days after the Government of Jamaica announced its foregone decision to repossess Venezuela's minority shares in Petrojam, the country joined 18 of 34 OAS member states in a majority vote not to recognise the second-term Maduro government that had just been sworn in. Only six states voted against, and there were eight abstentions.

Unlike others who see unprincipled cowardice in abstentions, I have no problem with a considered abstention in the face of complex issues and when an uncertainty or delay of commitment is rationally deemed necessary.

The OAS resolution called upon all member states to adopt diplomatic, political, economic, and financial measures that they considered appropriate to contribute to the prompt restoration of democracy in Venezuela. The resolution also called for new presidential elections to be held at an early date, with international observers.

Maduro was sworn in for a second term last Thursday against widespread international criticism that his re-election was illegitimate.

The European Union has also decided not to recognise the regime. Days before the swearing-in, Supreme Court judge Christian Zerpa left the country for the United States in protest, arguing that the election, which the main Opposition had boycotted over the autocratic Maduro rule, was not free and fair.

The OAS vote not to recognise the Maduro government has divided CARICOM. St Vincent & The Grenadines and Dominica voted against the resolution. Barbados, Trinidad and Tobago, Belize, Grenada, and St Kitts made up the majority of the abstainers. Venezuela continues to claim all of the territory of CARICOM member, Guyana.

Against the intimation of the leader of the Opposition, our foreign affairs minister, later joined by the prime minister, has sought to assure the country that the decision to retake full possession of the Petrojam oil refinery does not have any diplomatic or political consideration but is purely an economic move to secure the energy interests of the country.

But even if there are secondary diplomatic and political considerations such as the OAS resolution called for, the economic reason is sufficient justification for the repossession of Petrojam.

I marked the Colin Powell top-of-the-page quote in The Sunday Gleaner last Sunday: "Great leaders are almost always great simplifiers who can cut through argument, debate, and doubt to offer a solution everybody can understand." The Venezuelan domestic situation is far more complex than what the biased American media choose to feed us. The Chavez Bolivarian Revolution, the leadership of which Nicolas Maduro inherited upon Hugo Chavez's untimely passing, genuinely sought to right the wrongs of a deeply class-divided society and to liberate the masses of the poor in a rich country sitting on the world's then largest-known oil reserves and being the sixth-largest exporter of petroleum. The political fights in Venezuela are class warfare at its rawest.

The socialist Chavistas deeply misunderstand economics (they are not alone), and the economic strategies pursued under the Bolivarian Revolution have led to the general wreckage of the Venezuelan economy even without any outside assistance as Maduro likes to invoke in his conspiracy theories that blame domestic turmoil on external others, most notably, the United States.

Comrade Chavez genuinely wanted to use the oil wealth of Venezuela to help neighbours, but, also wanted to use petrodiplomacy to extend Venezuela's regional influence as a counterfoil to the dominance of the arch-antagonist, the United States. Hence the very generous PetroCaribe Agreements that offered Venezuelan oil on very attractive concessionary terms.

At a time when world oil prices were rising, PetroCaribe has been a lifeline to us and to other imported oil-dependent small Caribbean states. The terms of the agreement provided for greater support the more expensive oil got on the world market.

Venezuela has been very good to us. And we owe a debt of gratitude. But Henry John Temple Palmerston's remarks in the British House of Commons on March 1, 1848, have become a cornerstone of pragmatic diplomacy versus sentimental solidarities, some with lost causes: "We have no eternal allies, and we have no perpetual enemies. Our interests are eternal and perpetual, and those interests it is our duty to follow."

Jamaica has fully paid down its PetroCaribe debt, and for approaching two years now, there has not been a single oil shipment under the agreement or any likelihood of resumption because of the increasing incapacity of the Venezuelan Government. PetroCaribe is essentially dead.

Petrojam has an interesting history that we should recall. The ESSO oil company established a refinery here in 1964, which it owned and operated for the next 18 years. In 1982 when ESSO wanted to pull out of the refining business in the country, the Government bought the refinery and was sole owner-operator through the Petroleum Corporation of Jamaica (PCJ) until a 49 per cent stake was sold to PDVSA in 2006.

The Venezuelans have failed to honour the retooling and upgrading of the refinery as agreed.

Meanwhile, with the switch of fuel for electricity generation by the JPS from heavy oil, which is 50 per cent of Petrojam output, to imported LNG, the refinery has lost significant amounts of business with its biggest customer while facing obsolescence. Both the prime minister and the foreign affairs minister have described Petrojam as a "fiscal risk" to the Government and the country, a position not contested by the Opposition.

Former energy minister Phillip Paulwell has chosen to describe the Government's move to repossess the PDVSA-owned shares as a "hostile takeover" and as "expropriation", which "will cause ripple effects to be felt in the local and international investor community for some time".

First, if the Government pays for the shares, there is no expropriation at all. And where is the investment fallout likely to come from, please? From the handful of CARICOM micro-states that voted against the OAS resolution not to recognise the Maduro regime? Not from the US, not from the EU and its member states, and not from China, which sees Chavista Venezuela with its PetroCaribe intervention as an impediment to its own interests in expanding Caribbean influence.

The foreign affairs minister advised that in light of its failure to deliver on agreed obligations, offers had been made to the Venezuelan government for its Petrojam shares, the first of which was made in Caracas in March 2018. This offer was yet to be taken up.

She further stated that the decision to retake the shares was premised on Venezuela not fulfilling its obligation in upgrading and expanding Petrojam's plant, which, she said, posed a risk to the economy. "We believe that it is unfortunate that we have reached this point, but we also are quite clear that in order to prosper and to uplift the Jamaican people, we must ensure our energy security," the minister declared.

I am tasting strong and clear foreign and economic policy and liking it.

The near obsolescence of Petrojam, partly because of the failure of PDVSA to honour commitments of minority ownership, and its loss of market are serious problems to be resolved by hard business decision making when the Government secures full ownership of this major national asset, with all its operational problems now being revealed. Let the aggrieved party, if there is one, seek arbitration as per standard business practice.

- Martin Henry is a university administrator. Email feedback to columns@gleanerjm.com and medhen@gmail.com.