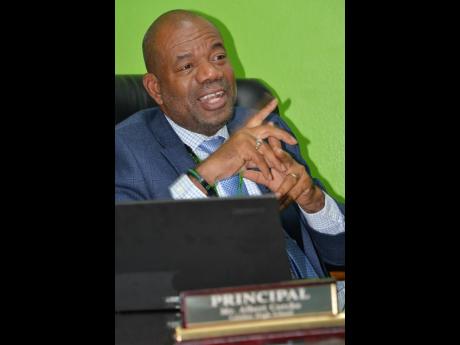 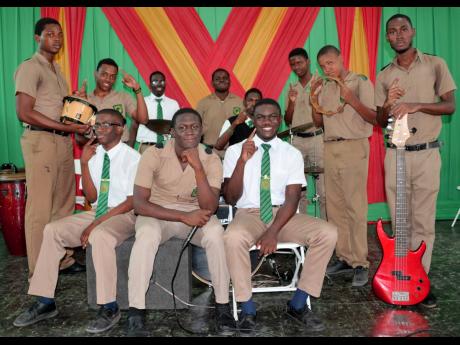 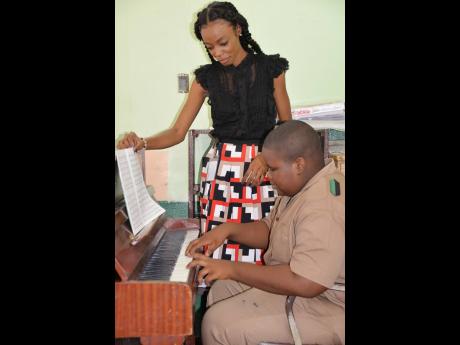 Contributed
Music coordinator, Tamara Norman, supervises one of her students.
1
2
3

The Institute of Jamaica (IOJ) is excited to host the Calabar High School Band at its free Lunch Hour concert on January 26.

Slated to unfold at the Lecture Hall along 10-16 East Street, Kingston, at 12:30 p.m., the occasion will mark the return of the concertseries since the onset of the COVID-19 pandemic.

During a rehearsal on Thursday afternoon, the band’s groovy rendition of Damian Marley’s Welcome to Jamrock summoned bodies to the school’s auditorium, giving an inkling of the musical feast patrons can expect on Thursday. Music coordinator, Tamara Norman, curated the 12-song performance which will start with gospel as a symbol of gratitude, before segueing into Jamaican roots with reggae and dancehall.

With alumni including esteemed artistes John Holt, Damion ‘Cham’ Beckett, Dennis Rushton and Xavier ‘Flexx’ Davidson, Calabar is no stranger to musical excellence. Yet, principal Albert Corcho noted his students’ declining interest in music over the past 10 years, and sought to redefine a music programme which gave rise to the school’s 10-piece band.

The result, he shared, has positively impacted the boys’ academic performance and desire to be in school, thanks to the integration of music in teaching subjects like literature and drama. Even the boys’ behaviour has improved, and Corcho wants to bring the transformational power of music on his students to the world.

“When I saw this initiative by the Institute of Jamaica, it was a no-brainer,” Corcho said, “I’m encouraging persons to come. What you’re seeing now is the new Calabar. You’re seeing young men who are not just talented, but really interested in making a difference. You’re going to come and find that the kind of entertainment this group will do is second to none.”

He added that the event will further mark the launch of their music campaign.

“We want people to come in and rent the band; we want to play at their functions. Of course, we want to make money, but more than that, I want to expose to Jamaica, and the rest of the world, the good things that are happening at Calabar High School,” Corcho also said.

Organised by the Programmes Division of the Junior Department, the ‘Lunch Hour’ concert aims to provide local entertainment by showcasing talent to and among youths, while providing a platform for artistic encouragement and development, which coincide with the mission of the IOJ.