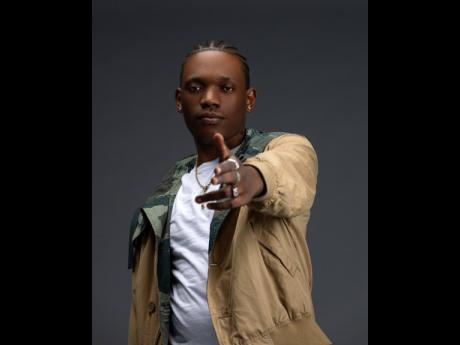 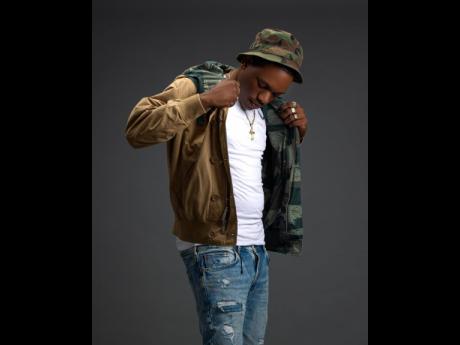 From sending social media into a frenzy with the newest slang, ‘Kotch E Hat A Lie’, to dropping hit tracks and dominating the airwaves, dancehall artiste Valiant is living the dream. Though many may have come to know him from a viral TikTok, Valiant has been no stranger to the music industry and was even a member of the Unruly Camp headed by dancehall artiste, Popcaan. He is currently a member of 1 Diplomats.

The entertainer, whose real name is Raheem Bowes, began singing as early as age five and started writing songs at age seven. He studied at Oberlin High School and St Mary’s College, and, while speaking to Five Questions, shared that though he might talk about being ‘dunce’, he is no fool.

If you have scrolled social media timelines recently, it would be hard to miss his most recent track, Dunce Cheque. What started out as viral sound on the Internet received a large amount of attention and even controversy as it was referenced by Robert Nesta Morgan, state minister in the Office of the Prime Minister with responsibility for information, when sharing concern about the lyrical content of new music. He later released a video for the tune, highlighting that many Jamaicans with education still cannot get great opportunities. Currently, Valiant has seven tracks in the Top 10 for Jamaica on Apple Music and is displaying no signs of slowing down.

Now, he is focused on churning out hits to give him a permanent spot in the industry. With a keen focus on remaining authentic, he plans to use his knowledge and charisma to take him to the top. This week he sits with Five Questions to discuss his musical rise.

1. From being a viral sensation on TikTok, popularising the saying ‘Kotch E Hat A Lie’ to now having hit tracks, walk us through your journey in music.

I started doing music professionally over seven-eight years ago. My songs were reality-based and delivered with a lot of soul. [I’m] always trying to emphasise songs that can transcend into an international market and [be] played for generations. I drew inspiration from a few legends in dancehall, such as Mavado, Kartel, Jimmy Cliff and a few others, which helped me in curating my sound. The journey was a long one, but thanks to my team, Diplomats, Crown Heights and Chopline, we implemented a plan to try something different musically, which worked, and the slang just took it to a whole new level.

2. Even though you have been in the industry for years — you are just now really catching your groove and gaining attention in the music. How much has your life changed?

My life has changed significantly — financially, spiritually and also musically. I’m still trying to get adjusted to everyone asking me for a picture. This a the dream and a [dis] we been a wait for, so I’m just putting in the work and taking advantage of it.

3. With the release of ‘Dunce Cheque’, many are curious about your schooling. What kind of student were you growing up?

I was very rebellious when it came on to school. I was the troublemaker and the sportsman, but regardless of that, I was very focused on my education. I believe the system teaches us that education is the only means to a path of success, and ideally, it’s dedication and hard work that will get you to where you want. Let’s think of the youths that didn’t get the opportunity to go to school and do subjects or couldn’t afford it. Are we as a society going to shun them and frown upon them due to their lack of opportunities? No. Everyone deserves a fair chance, and your level of education should not determine who you will be in life.

4. People always rave that it is the melody of your songs that make them so good. Share with us how you put your tunes together, lessons you’ve learnt in music, and plans for 2023.

The biggest lesson I learned this year was to be myself. In the past, I was really focusing on music and not showing off the real side of Valiant. Me being myself also allowed me to grow and allowed my music to transcend to a wider audience. I’m just being myself and providing great music, and that’s working, so I’ll continue to apply it and give even better music for the future.

5. What legacy do you hope to leave behind in the industry?

My team and I are looking towards Grammys and international accolades. We have a dream and a vision that we worked hard for, and this is not it yet; we know there’s more to come. So, we’re fully focused and working even harder towards that, as we would love for Valiant to be written in the hall of fame.