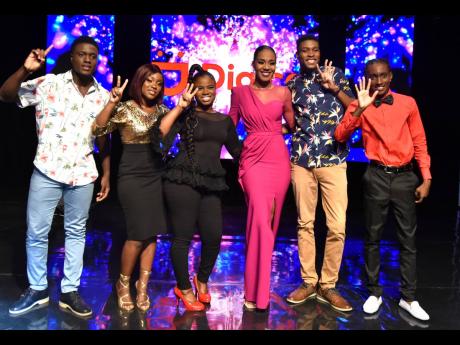 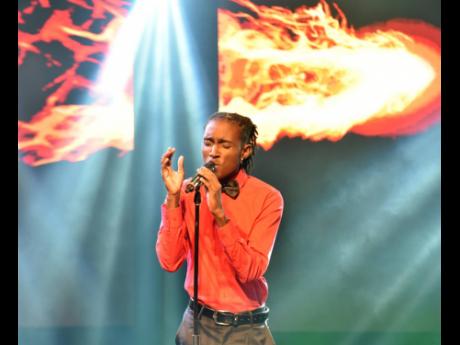 Kenyon Hemans
Judges described wildcard recipient Robert Ewart as ‘very talented’, and said he ‘deserved another chance to vie for the title’.
1
2

With only three episodes left for Season 18 of the ‘Digicel Rising Stars’ competition, the resident judges – television producer Anthony Miller, singer and broadcaster Alaine, and executive director of the ASHE Company Conroy Wilson – injected some excitement into the competition.

In their opening remarks, Miller said: “We need an injection of excitement, something to get the competition going, because thus far it hasn’t happened.”

But instead of waiting for someone to bring the flavour, the judges stirred the ‘Rising Stars’ pot by welcoming back Robert Ewart, who was voted off the previous week – continuing the show with another top-five round.

“Last week, when the results were read, I think all of us agreed [that] we wanted to use our power to save the contestant who was voted off. We conferred with the executive producer, and as a result of that, we have Robert back with us,” Alaine explained to the show’s audience.

Speaking to The Gleaner, she further explained that Ewart’s voice and talent earned the respect of the judges and production team. It was the first ever in Digicel Rising Stars history that the judges have unanimously agreed on a competitor’s return.

“The judges all agree that Robert is very talented with a very unique voice, and that he deserved another chance to vie for the title. We only have one collective wildcard this season, [so] there is no possibility of anyone else returning,” she asserted.

In addition to the title, the first-place winner will walk away with $1.5 million in cash, among other prizes.

Rosh Reign, formerly Rosh Rebel of the all-female trio SLR, who competed in the Digicel Rising Stars competition in 2008, provided the entertainment this week. She performed a single she released in January titled Firm. Following her performance, the top five contestants hit the stage to deliver songs from ‘Then or Now’, with most of them choosing to go with hits from their birth years.

Canadian superstar Celine Dion was a top pick, as two contestants selected songs from her catalogue. Oshene Watson performed Because You Loved Me, and Robert Ewart went with The Power of Love. Shaunette Cameron chose the 1987 classic Must Have Been Love by Roxette. Meanwhile, Ramon Johnston and Mozein Sutherland selected songs from ‘Now’, singing Leave The Door Open by Bruno Mars and Silk Sonic, and Conversations in the Dark by John Legend, respectively.

Cameron redeemed herself from a not-so-impressive performance the previous week, and the judges, including ‘Merciless’ Miller, had positive messages for her, noting that out of all the competitors, she has “been on the receiving end, getting harsh criticisms”. However, he said that Cameron lost him in the middle of her performance.

Wilson advised the aspiring singer to pay keen attention to her vocal range and what it can manage, as “the high parts sounded a little screechy”.

Alaine, on the other hand, said: “It’s the best you [have] sounded the entire competition,” which made Cameron release a noticeable sigh of relief. On Sunday, September 18, the remaining competitors will all perform two songs instead of one.