‘Book Boss’ Julanda on a mission 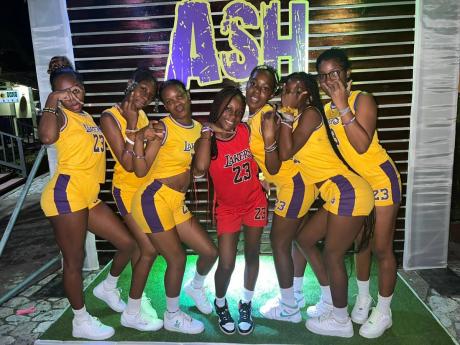 It's the first day of fifth form for 16-year-old reggae-dancehall recording artiste Julanda Frater, popularly known as 'Book Boss' by her peers, and she is on a mission to “get her names in lights and soaring in her studies to new heights”.

She emerged on the scene prior to the pandemic with a counteraction of Skillibeng's hit single Brik Pon Brik titled Book Pon Book because she wanted to give positive educational music. Julanda was 13 then.

“I have definitely matured over the past three years; I think I am progressing in the right way musically as I write more and more and get used to doing it on my own. I've learnt to strike a balance between school and music too, and for this year, the aim is to improve on my grades and focus even more,” she said in her interview with The Gleaner.

Julanda added, “This year is a major year, all about CXCs, and I'm determined to get all my subjects; I chose, physics, integrated science, mathematics, language arts, geography, and physical education.”

A student of the St Hugh's High School for Girls, she anticipates being among the distinguished alumna as Julanda aims to become a doctor. She shared that she was active in sports such as netball but stopped for a year to focus on cheerleading because “I can't do both at the same time”, but that she hopes to rejoin the netball team at school.

“Music is one thing I will not give up, though. I will continue music because it has helped me to focus – it's my getaway – and it is calming for me to write and then see my words come to life when recorded,” she said. “It carried me through a time when everything was virtual, and I'm a person who usually likes going out and socialising but was restricted from doing as a result of the pandemic. I was getting bored in the house but got used to it and started writing more. I really didn't like online, but I pushed through.”

She said that with the current state of dancehall, the industry and the music are limited. While a lot of her music pushed positive messages, this year, she noticed a lot of the criticisms were that there were not enough productions that focused on making females have fun.

To close the summer, Julanda released Jiggle It, which not all her supporters were happy about.

She said, “Sure, there are a few comments from persons, some professionals and some fans, thinking I am too young to sing those songs, but it was just me motivating people to dance. My friends and I were tired of 'rifle walking' [so]; it was mainly encouraging the feminine, movement side of dancehall, and I find the complaints about there not being enough fun, dancing songs anymore much more significant.

“People will still see me and ask me, 'Are you 'Book Boss'? And the answer is yes. Book and education [come] before everything else. But dancehall is our culture, but I don't think anything is wrong with it,” Julanda continued.

The young singjay has several other tracks in the pipeline, including Mi Like Mi Face and Independent Ladies, which both serve to empower young girls. Her mother, Sasha-Gaye Barrett, also has her own mission. “I'm the mommy on a mission,” she laughed. Having only registered the Boss N Bosstress Records label less than a month ago, she and Julanda's stepfather Mario Lee are managing Julanda and up-and-coming artistes Baby Rush, Alli Ash and Falco Di General.

“We've worked with these promising acts and producers like Little Thunder Music and Grimz Production that worked on Jiggle It, and we see our label making boss moves. As for Julanda, she is a determined girl. Everybody [knows] her as the 'Book Boss', but since it was summer, we wanted her to be able to show she is versatile and take a quarter step out of the book and have fun dancing. She also started her own dance troupe called '#23'. Now that school has reopened, she going jiggle back inna the book,” Barrett said.