Passionate performance from Jahshii at ‘Spitfire’ 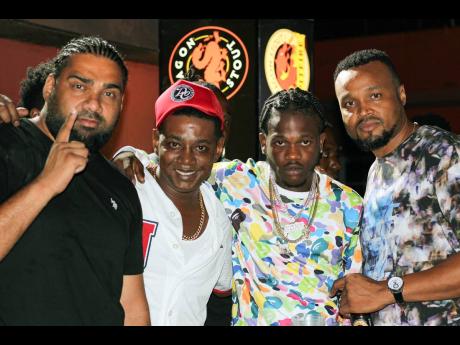 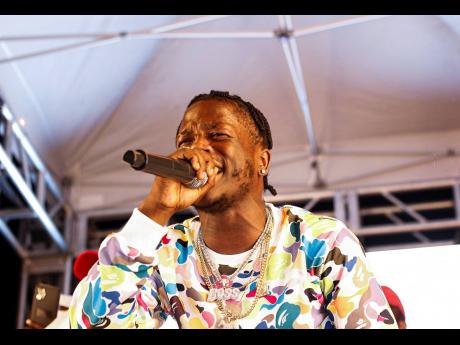 The third staging of Dragon Spitfire Month-End Fridays was a success. The street dance, which doubled as a stage show, featured entertainment by popular selectors Bishop Escobar and Jahvvy Supreme, along with a guest performance by First Nation artiste, Jahshii.

The event collaboration between Romeich Entertainment and the Dragon Stout brand had its inaugural staging in April and was held again in May, prior to taking a break during the summer months of June and July.

Romeich Major, principal of Romeich Entertainment, said he was content with the turnout for its return and is now looking to capitalise on the event as a staple event in Jamaica’s dancehall landscape.

“We’re reaching the local demographic and a wide audience within the dancehall community and its supporters, [so] the plan is to continue on the same trajectory, of bringing in-demand acts to our stage and just deliver an all-round entertainment package,” he told The Gleaner.

It was around-the-clock energy inside the Romeich Entertainment’s Outdoor Lounge, as selectors Da Kidd, Bishop Escobar and Jahvvy Supreme encouraged persons to reserve their spot and purchase Dragon bucket deals. Jahvvy Supreme gave a surprising set of gospel, which he said was an important element of authentic dancehall street parties, as he urged those in attendance as well as his colleagues to always include God in their performances.

Brand Manager for Red Stripe and Dragon Stout Nathan Nelms stated that the brand has a vision for the rest of the year to be supportive of Jamaica’s dancehall culture, through the continued execution of Spitfire Month-End Fridays.

“Just like the name of the product suggests, the event highlights fiery artistes who are blazing a trail in the dancehall space. This was our third staging, and the momentum keeps building with spectacular performances every single time,” he said.

Persons in attendance would have had to wait until 3 a.m. to see Jahshii in performance, but for those who exercised patience, they would have become witnesses to a passionate performance.

During the delivery of his single, Born Fighter, Jahshii appeared as though he would be brought to tears, though this was not the case. His performance of other tracks, including Cream of the Crop, Stronger, Bigger Picture and Promise, which has amassed over three million views on YouTube in approximately six months, also had persons raising lighters in the air and singing along. It is safe to assume that Jahshii gained more followers during Friday’s events.