‘I had reached my peak’ 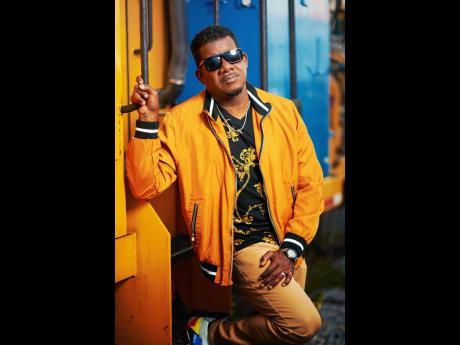 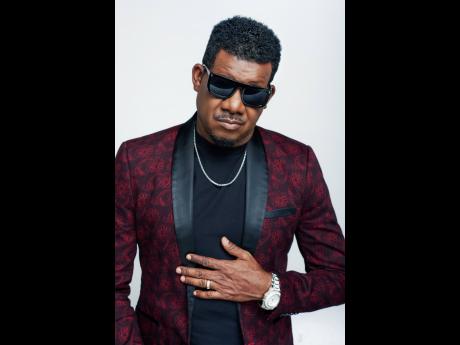 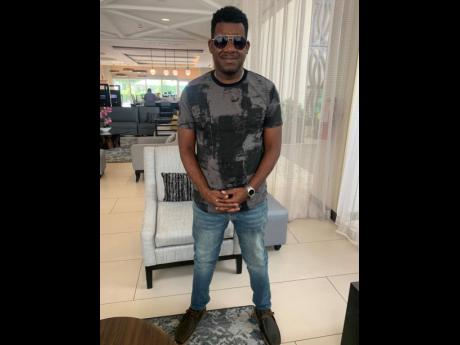 Twenty-five years ago, Papa San shocked the reggae and dancehall-loving world when, at the height of his secular glory, he calmly announced that he was ditching the glitz and glamour of a deejay’s lifestyle and fully embracing a Christian walk with God.

A quarter of a century later, a youthful-looking Tyrone ‘Papa San’ Thompson only gets weary when he starts to count his endless blessings. He is the pastor of his own Florida-based church, Our Father’s Kingdom International Ministries; he’s still performing across the globe with as much energy as somebody half his age; the show and tours are constant; he released a new album last Friday, Life Lessons; he just celebrated 25 years of marriage; and his children have all done him proud.

Reflecting on his life-changing decision in 1997, Papa San, who has been residing in Florida for the past 18 years, admitted that he still wonders how it all happened. He believes that it all has to do with a unique, God-shaped vacuum that resides in every heart.

“I still ask that question today. And I’ve said it over and over, in life yuh reach yuh peak. I reached my peak because, in every person, there is a space that nothing can fill it but God. This is why people try drugs and dem haffi go tek another dose again, because it is a temporary thing. They try girls here, girls there … they have many homes, millions of dollars and they still commit suicide. Because there is an inner void inside yuh that is the space for God, because we mek in the image and likeness of God,” the dancehall gospel pioneer shared.

A diligent toaster known for spitting rapid-fire lyrics that could probably see him chatting faster on a musical track than Usain Bolt can sprint, Papa San justifiably earned himself the crown as the fastest. Outwardly, he seemed to be enjoying all the trappings of the lifestyle – girls climbing through his ears, the name brand clothes, the flashy vehicles and the flex. But he shared that burden under the deluge of the good life, “I felt like a lonely man in a crowded room.”

He described a search which saw him and singer, Junior Tucker, exchanging faith-based material and a journey which even took him into Rastafari. But that wasn’t it for him because he had been to the Orthodox Church and was surprised to “see dem a worship Jesus”. As somebody who “didn’t grow up in the Church … and never even like church”, Papa San’s ultimate steps to Christ were a bit dramatic.

“When God revealed Himself to me that day, my heart was pounding. It was pounding for two days and it was a now-or-never moment. The conviction was strong and I said to my wife that we need to find a pastor. But the other side of me a seh, ‘Look how much things yuh do, look how much things yuh seh’. I don’t know what it was, all I know is that I needed God,” Papa San recalled.

‘God is knocking on your door’

His wife took him to the Havenhill Baptist Church and spoke to the pastor who laughed and told him, “Oh, God is knocking on your door, man.”

“He asked me if I wanted to receive Christ and I said yes, because, from I left my house, my mind was already made up to give my life to God and never ever look back. Music was the last thing on my mind. I didn’t think about what I was going to lose or anything like that. To be honest, I didn’t even remember that I was an artiste; I was that desperate. And I repented and gave my heart to Christ. It was like a light bulb turn on and I looked back on my life and asked myself, ‘Was that really me living like this?’” Papa San recalled.

He hailed Rev Winston Smith for mentoring him and helping him along the path. “My desire for the world has been erased. I have no taste for it. I am not saying that we don’t face temptation and don’t have fleshly desires, but I am not trying to be a Christian, it is my desire to live for Christ. My wife was ready to give her life to Christ all along, but I was the bad one, flirting, flirting and living the artiste life. And I can say that the best decision I have made was giving my life to God.”

His gift to write in the secular world was consecrated and now he writes what he is told, not what he wants. And the Bible is his source for lyrics and inspiration. “I have a field day going through the Bible when I am writing songs. God has gifted me with the ability to write for different times and different generations. And the impact is even greater. In 1997, I went to Africa as a deejay and thousands of people came out at this big field at the Nile hotel. I went back in 2005 to the same Uganda and that crowd was 10 times what was there in ‘97 ... it was a record-breaking crowd. It was the first time they were hearing gospel dancehall. We went to Nigeria and 550,000 people. We revisit places like Guyana and see the crowd triple from when we were doing secular. I give God thanks,” Papa San declared.

“ Life Lessons is about using the Word of God as the medicine, as the antidote to really bring healing in people’s lives. You have two groups of people in this world, those who learn from what they have heard and those who learn from their own experience. I rather learn from other people. Life Lessons is one of those albums that prepare you. How do I get through this? It’s by the Grace of God. How do I overcome this? It’s by the Grace of God,” he said.