Review: ‘DC League of Super-Pets’ – a fit for its target audience, but not much else 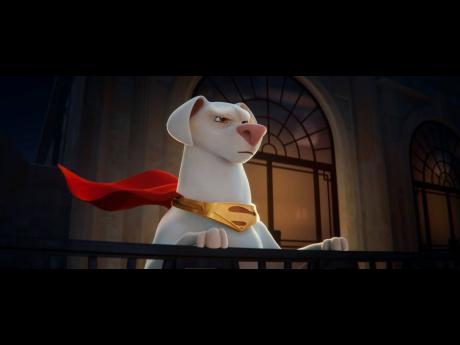 AP
Krypto, voiced by Dwayne Johnson, in a scene from ‘DC League of Super Pets’. 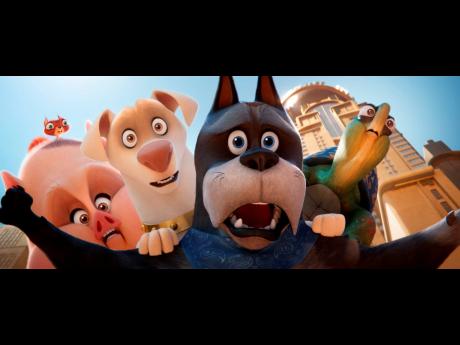 The mark of any good film-maker is turning a bad idea into a good one. While a film about superpowered animals of the DC universe is far from the worst concept, it’s not exactly one that inspires confidence for anyone over the age of 10. Talking animal movies are more often misses than they are hits, and, with a new superhero movie every other month, DC League of Super-Pets has plenty stacked against it.

Thankfully, the final product is better than the sum of its parts. While it’s still rife with clichés and tropes, the movie takes a turn for the surreal by the second act, and makes the most out of a pretty dull set-up. Krypto the Super Dog is the Superman’s best friend. He’s devoted to his owner and adores him completely. His reward for such devotion? Getting set aside so Superman can have a social life. Jealousy rears its ugly head and the Kryptonian canine carelessly causes his owner’s kidnapping, leaving him in the clutches of an evil guinea pig with plans of world domination.

Lucky for Krypto, a band of unadoptable pets has gained superpowers overnight. With the help of a near-blind turtle with super speed, a cripplingly anxious squirrel with lightning powers, a pig with a significant growth disorder, and an indestructible Great Dane with trust issues, he’ll have to stop an army of powered guinea pigs from destroying the city of Metropolis, and save the Justice League.

With that insane premise, DC League of Super-Pets rescues itself from banal obscurity and catapults itself into an iconic stratosphere. When the film lets loose is when it’s most enjoyable, and gives way to the bulk of its best humour. A winning voice cast doesn’t hurt either. Kate McKinnon and Natasha Lyonne outshine the leads, but Kevin Hart manages to deliver with a restraint I didn’t think he was capable of.

By the movie’s big climax, my interest, regrettably, waned. The animation on display was big and bombastic, but far less clever than what immediately preceded it. Bigger isn’t always better, and the film’s insistence on spectacle is a significant drawback.

For a film I expected to bore me, I was pleasantly surprised by how much of it I enjoyed. The second act is the movie’s best, and I appreciated the film’s balance of sincerity and facetiousness. Still, even when it’s making fun of clichés, it still ends up performing them. Absolutely none of that will matter to its overexcited target audience. For them, it’s a solid half price. For everyone else ... .

Rating: Catch It On Cable