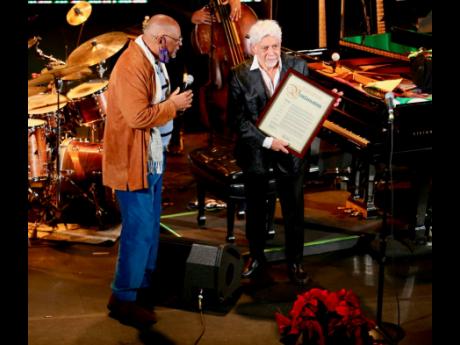 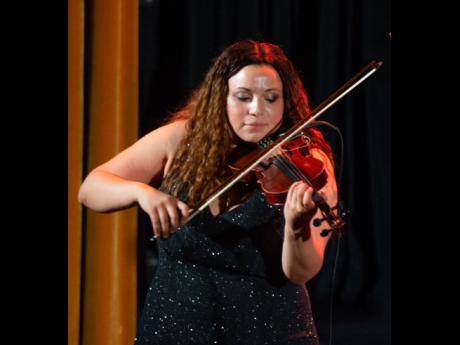 Jamaican jazz veteran Monty Alexander was last Friday bestowed with a US Proclamation from Westchester County (NY) Executive George Latimer. The presentation took place at the Westchester Music Experience concert at the Tarrytown Music Hall where he was the headline performer.

A visibly surprised Alexander was overcome with emotion as he accepted the award from mayor of Tarrytown, Thomas Butler Jr.

“I think someone of his stature and greatness needs to be honoured,” Butler told The Gleaner.

It was the day after Thanksgiving in the US and Alexander soon had another reason to celebrate. Jamaica’s Consul General to New York Alsion Roach Wilson brought more good tidings, informing the near capacity crowd that she would “personally submit” his name to the Government of Jamaica for him to be conferred with Jamaica’s fourth-highest honour, the Order of Merit.

“To receive this great news from the consul general tonight has made me feel very, very honoured ... I feel privileged,” Alexander shared.

For the past six decades, the acclaimed jazz pianist has toured the world relentlessly with various projects, delighting a global audience drawn to his vibrant personality and soulful message. Documented on more than 75 recordings, he has been cited as the fifth greatest jazz pianist ever in The Fifty Greatest Jazz Piano Players of All Time (Hal Leonard Publishing). In the year 2000, the Jamaican Government designated Alexander Commander in the Order of Distinction and, in 2018, he was bestowed with an honorary doctorate degree from The University of The West Indies.

The musical offering at the Westchester Music Experience concert began with the International Women In Reggae who delivered a short but sumptuous Thanksgiving treat that included Fever, The Way, If You Knew, Murder She Wrote and Turn Your Lights Down Low.

Alexander and his backing band, The Harlem-Kingston Express, then served up an unending string of classics, including Love Notes, Old Marcus Garvey (Burning Spear), LOVE (Frank Sinatra) and Regulator aka Reggae Later, a James Bond/007-inspired update that drew rapturous applause.

Throughout his 90-plus minutes on stage, the music maestro masterfully used his instruments of choice - the piano and the melodica – to speak the universal language of music. At one point, he eloquently blended his contemporary jazz with Marley classics Redemption Song, No Woman No Cry, The Heathen and Running Away that hit the bullseye. He then segued into Jamaican folk classics Peel Head John Crow and Hold Him Joe.

In between sharing engaging childhood stories of meeting musical heroes Don Drummond, Rolando Alphonso, Jackie Wilson, Brook Benton, Nat King Cole and Sam Cooke, Alexander recounted his own musical journey performing around the globe. He also sang a few bars and, when he did, it was magical.