With new genre, Dale Virgo wants to be the Hans Zimmer of Jamaica

Says music has been a source of ‘healing and motivation’ 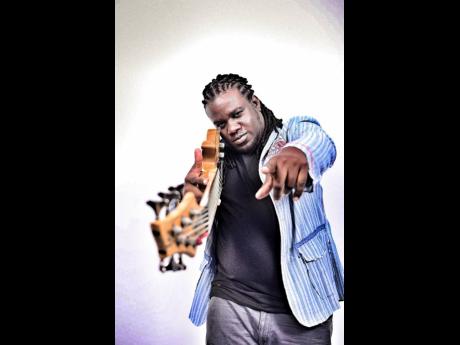 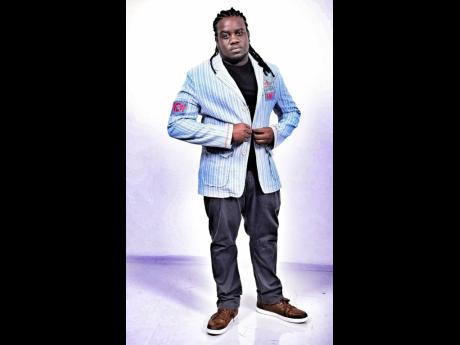 Contributed
Virgo said music is his ‘source of healing and motivation’.
1
2

What does it take to create a new genre or sub-genre? The answer, according to producer Dale ‘Dizzle’ Virgo, whose multifaceted career has broken ground from this small island, “is a change of one’s entire outlook”. Whether working from the comfort of a studio home or a technology-driven, commercial space, his efforts are always to breathe life and contribute to the ever-growing soundscapes coming out of the island. It started with the producer’s Holy Ground Records (primarily gospel music productions) and Dizzle Lab Productions, which has evolved into DZL Records.

Virgo has always seen the importance of properly cataloguing music to reggae and dancehall, especially as they become fused with other genres. While producing music over the years, he formed a distinct style of fusion between soul, reggae, trap and dub elements, but it was much later that the decision came to formally put a name to it, “with the hope that people could recognise the style”, he told The Sunday Gleaner.

On a business trip to the US, Virgo said fellow music professionals reinforced the importance of putting music in their various categories. Or, as it related to his latest creation, which taps into soul, reggae, dub, dancehall, and several other sounds used by other genres, to give it a name – hence the birth of DubSoul.

Though examples of DubSoul can be found as early as 2010 on Gyptian’s single Mama Bawl and on Virgo’s and Jamaican recording artiste SeanResy’s collaborative EP titled Rocky Road, released in July 2021, the sub-genre was born during the pandemic, he said. Virgo believes that DubSoul will have “staying power”, and new talent from around the world will emerge to push it to unprecedented levels.

His modest goal, as DZL Records leadman is, “to be the Hans Zimmer of Jamaica” using the instrumentals created, “with an aim to be innovative and take on challenges in an ever-changing world.” After all, if the German composer could integrate traditional orchestral arrangements with electronic music sounds into over 150 films, Virgo sees nothing wrong with aiming even higher with his latest musical exploration.

“A few months ago, while in Los Angeles and New York, I benefited from some of the best advice from colleagues in the music industry who also requested that I send them the instrumental or the dub version of my projects that I had been releasing over the years,” Virgo shared.

He added, “I am working on several film projects, writing the score, mixing and the works and have been receiving increasing demand for music for film. I find it of even greater [importance] to categorise music, as it helps with formulating descriptive meta data for film sync purposes.”

Recording artistes can still record in the DZL-sphere, but Virgo is geared up for his special project that could fully exploit his capabilities as a producer and that of the label. It is titled DubSoul Beat Tape Vol 1, and it consists of seven tracks, including the instrumental for Mama Bawl.

“This beat tape comprises instrumentals created from as far back as 12 years ago. We plan to have artistes record on the rhythms. If they decide that they want to fully produce a song or release a song they did, they will have to contact us, and we can negotiate or work out the way forward,” he said. “I did my research and saw that there is a high demand for instrumental music, but not a lot comes from Jamaica. I believe I will be more competent to provide more high-quality Jamaican-based fusional music to international sync libraries. From there on, I can pitch the instrumentals to film libraries and sync companies to be used in films and TV shows,” he said.

Some of the standout tracks are Desperation, Run Away, and Xie Xie taking the listener through melancholic emotions, the first of the two named seemingly inspired by despair and the search for solace from the darkness. The mood of the music eventually transitions into a revelatory experience, which can leave one calm, happy, enthusiastic, lively, or inspired while also revealing the complex, sad and depressing side of the same coin he said. Xie Xie, which translated from Mandarin means ‘thank you’, triggered tears.

The past three years have been eventful, filled with many hurdles as the producer defended his child’s constitutional rights in the Supreme Court when her school denied her access because of her dreadlocked hair. The face on the DubSoul Beat Tape Vol 1 artwork, though not intentional, also depicts what he has been fighting for, baring the picture of a model depicting the soulful feel of black culture and the natural aesthetics of the environment. He shared that he uses music as a coping mechanism, and there is much more to share than can be shared in one project.

“Music is my source of healing and motivation. I lock myself away in my studio and new music in my spare time to ease my pain. I worked on each instrumental individually, added musical elements, used a combination of curated samples and my own vocals to give each a distinct feel,” he said.

“It’s a great feeling to express my deepest emotions on beats, as well as inspire and showcase my talent while doing so. The overall process felt progressive and fulfilling, especially to the team as well. This was very different from what we are used to releasing, and we are gradually carving out a work flow,” Virgo continued.