Omari’s ‘I Am Healed’ impacting lives 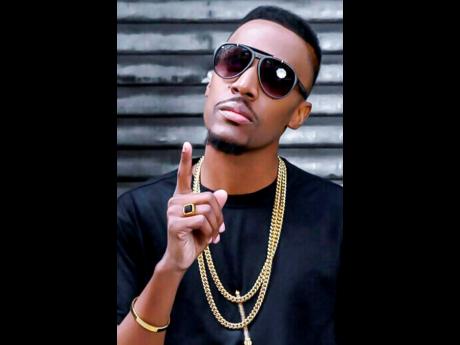 Long before music producer Troyton Hinds released Healing Project, his debut gospel production, his friend and singer Omari had always encouraged him to make Gospel records. The effort premièred in July and features Omari’s declarative track, I Am Healed, but even the singer did not anticipate the curative impact that has followed.

“I am very passionate about my music, but delivering this song hit me in a different way. It’s a different kind of direction from what I would normally do ‘cause most of my stuff is reggae,” Omari told The Sunday Gleaner. “The song doesn’t directly target just physical healing. It’s really about healing in general, be it spiritual, mental, emotional, whatever form of healing you need and are open to receiving from God, because He wants to make us whole and complete. People tell me the song is impacting them in a great way and is a great reminder that God is a healer.”

Omari is not only sharing this reminder with the world, but he is also sharing the messages of other gospel artistes on the project. Healing Project features work from acts including Kevin Downswell, Jermaine Edwards, Alaine, Chevelle Franklin, and Samuel Medas. For Omari, the Kingdom of God can only be advanced through collectivism.

“I am a Kingdom individual. I am about building the Kingdom of God, and it is made up of individuals of God’s children, so I cannot say I am representing the Kingdom and be absorbed in myself, it would be a contradiction,” he said.

“That has always been my heart, and the songs on this project minister to different people in different ways, so for me to just push my song is preventing other people from receiving things they need from the project.”

He connected this point to being a servant of God and said he has spent a great deal of his career offering help to his peers in whatever way possible to spread the gospel. Interestingly, his 2007 breakout song was titled Help.

“For many years, I used to serve Prodigal Son. I used to carry his bags and help to build him and what he was doing,” Omari recalled. “I sang background vocals for Ryan Mark for many years, even when I got Help and it became a popular song. He had to tell me I don’t have to do it any more and I told him “ It’s not a problem for me, if you need my help, I will help”.

He said that he was “somewhat on a break” in recent years, and is completing his second album, which will be a 24-track double disc set, one of which will be a reggae disc, while the other will explore a variety of genres.

“Just like you turn on the radio and hear Sean Paul, Shaggy, Popcaan, and all of them, I want to get gospel music on those platforms, too. I want to get the music in the wider world and not just link it to Christians listening to it every day on gospel radio only.”