Ronald Thwaites | It’s all about trust 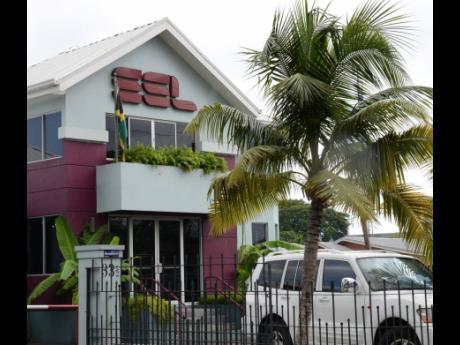 Ricardo Makyn
There seems to be neither insurance nor other remedy in the SSL debacle.

“Mi no trust no woman, no man, no bank, no politician,” was the conclusion of the security guard in the parking lot at Liguanea last Friday, as we both listened to the BBC World Service’s coverage of the financial scandal involving Usain Bolt’s money. “Who is going to pay him back? Only dat me want to hear ‘bout on Monday,” was his reference to the speech which the minister of finance has promised.

Jamaica is a low-trust society. We cannot progress until we change that. Trust, not constraint, is the civic virtue, the core sentiment upon which a happy, productive society has to be built.. “If dem can teef from that man (Usain), whey dem a go do wid fi mi small money?” That was his desperate parting shot. “You no see how dem draw it out as dem please already!”

A breach of trust is a more contagious virus than COVID. The aftermath is worse than ‘long COVID’, AIDS or leprosy. That’s true in intimate relationships, in family life, business, as in governance. In all these arenas, every indicator in Jamaica points to weak confidence, to trust deficits.

Rules and penalties are poor backstops to mistrust. Honesty, transparency and personal credibility are of greater effect. The sunshine of full disclosure promised by the Prime Minister, remains the best disinfectant.

This grim moral backdrop frames the challenge that Nigel Clarke faces. A statement of dry policy for the future won’t cut it for my security guard friend. There are some questions the minister has to answer.

He has been set up. The press conference by the Financial Services Commission (FSC) last week was an embarrassment, indeed an insult, to all Jamaicans, here and abroad. Who choreographed it? For many, we take Usain’s loss almost personally. We know how he has sweated for his money. Also, we are ashamed to confront the bad vibe from friends and relatives all over the world that will hurt remittances and investments, no matter what ‘policy’ Nigel and the other defensive commentators prescribe.

DONE ALL IT SHOULD

Because, if the FSC had done all it should and this robbery still occurred, what assurance do we have that it is not happening elsewhere? At least with FINSAC there was a bailout. National Commercial Bank has promised restoration to all their defrauded clients. So they should. There seems to be neither insurance nor other remedy in the SSL debacle. Lawsuit, you say? Well, those in the know will tell you that the apocalypse is likely sooner than any resolution and collection in the courts.

Shouldn’t prudential insurance of all deposits be a condition of an operating licence for every finance house of whatever kind or pedigree?

It is clear that the executive director of the commission being offered up as a sacrificial lamb. Was he a law unto himself? Who does the FSC report to? Which minister? What reports did the FSC board send to him? Who are the chairs and members of the FSC board(s) since 2017? Are they being asked to account for their stewardship in this matter? The promised ‘policy’ statement by Dr Clarke must include full disclosure of what he and the FSC boards knew and did about the probity and solvency of SSL. Show the board minutes.

When appointed a member of the Cabinet, we were made to understand that whatever goes wrong in any aspect of your portfolio is your responsibility. You have to be accountable, whether you knew of the problem beforehand or not. Does that principle apply in this instance?

Are there fit and proper criteria which are required of executives in private investment houses? Were they being observed? And where, as in this case, there is a qualified auditor’s report about a financial institution, one to which investors may not have access, what notice or advisement ought they to have been given by those in the know?

Whose job was it to watch over and audit the internal accounting system of a company which the self-confessed fraudster says she could so easily manipulate for years and years?

And, just to done the argument raging on social media, are there political connections, maybe campaign fundraising ‘paybacks’, which might have led unscrupulous persons to feel that they were untouchable?

So please, Mr Minister, address these questions so that we can begin to heal the torn sinews of trust – indispensable foundations for the policies which you say you will announce and the trusting society which we all crave.

Congratulations to the citizens of St Ann and their supporters who have scored an important early victory against the rapine of extended mining along Jamaica’s spinal column. Once again the courts, not the political representatives, have to be relied upon to protect the rights and well-being of citizens against the predations of the State.

The nation is worse off from the reckless manner in which strip mining is done. Land reclamation is seldom executed properly, if at all. Livelihoods and communities are savaged by a corporation which is majority owned by the Jamaican people themselves. What a cruel contradiction this is. I plead the memory of the late Parliamentarian Ernest Smith of South Western St Ann, who courageously, passionately and fruitlessly defended the health and economic future of his constituents against the ravages of mining.

My own effort to stimulate a cost-benefit analysis of the bauxite sector by the House of Representatives was never supported by either side, so much in the thrall of the mining companies. The irremediable human and environmental damage is there for all to see.

This Government, very weak on legal talent, appears impervious to any viewpoints other than their own. So, although not yet conclusive, the courts have given the public a first measure of vindication against the very authority which is sworn to protect them.

This issue also goes to the question of trust. The majority of the citizenry are not confident that the political administration will defend their interests. Watch out for desperate efforts to circumscribe the discretion of judges and pass laws which undermine the constitutional order.

Mimicking Bukele of El Salvador and legislating the authoritarian state are our great perils, alongside crime, corruption and environmental rape.