Peter Espeut | No crimes in the bedroom 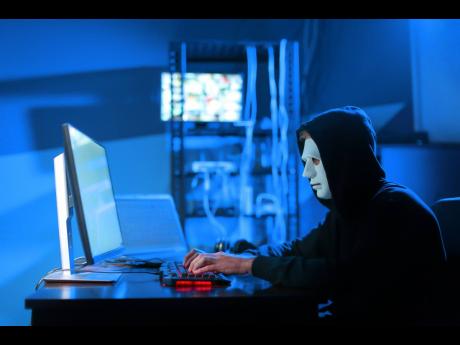 I have some advice for persons accused of scamming: try as your defence that you made your phone calls to gullible seniors in the privacy of your bedroom, and that your right to privacy is guaranteed by the Jamaican Constitution.

The right to privacy in one’s bedroom is used by many – including the editor of this newspaper – to justify any type of sexual activity. In an editorial earlier this month (September 4) this newspaper called on the Andrew Holness government to “assume the moral high ground of explaining to Jamaicans why the law against buggery is an assault of the individual’s right to privacy and, therefore, inimical to the interest of all of us”.

The Gleaner editorial claims that Jamaica’s buggery law: “fundamentally sets the State up as voyeur, peeping into people’s bedrooms, to determine what kind of sex people engage in and who are their sexual partners. That’s an infringement of people’s constitutional right to privacy and of free association”.

Section 13(3)(j) of the Charter of Rights in the Jamaican Constitution defines the following as a guaranteed right:

(i) protection from search of the person and property

(ii) respect and protection of private and family life, and privacy of the home; and

(iii) protection of privacy of other property and of communication.”

Clearly, the Jamaican Constitution guarantees “privacy of the home”, and therefore anything that takes place in the bedroom or anywhere in the home – like scamming – is exempt from any legal or ethical scrutiny I am sure the editor of the Gleaner will agree with me. Peeping into people’s bedrooms and observing scamming taking place makes the Jamaican government a voyeur and a “peeping Tom”.

Exempting what happens in the bedroom from legal and ethical evaluation is a common argument of LGBT lobbyists. On February 7, 2013 LGBT activist Javed Saunja Jaghai filed a lawsuit in the Supreme Court of Judicature of Jamaica seeking a declaration that the above section in the Charter of Rights establishes a “right to occupy a private space free from government intrusion”, and that this section permits “private sexual activities between consenting males”.

In response to Jaghai’s lawsuit I filed an affidavit with the Supreme Court on behalf of ‘Christians for Truth and Justice’ which had asked to be joined in the action. In it, I refuted his claims that the Jamaican Constitution supported any right to buggery. Several other parties also did so.

Sadly, Jaghai withdrew his lawsuit, and the public was denied the benefit of a judicial declaration interpreting the meaning and implications of the “right to privacy”. If he had won his case, precedent would have been set that might benefit bedroom scammers. If he had lost, then the editor of this newspaper would have been precluded from writing nonsense like in the editorial quoted above: that the buggery law is an assault on our right to privacy; and that supporting the right to buggery is the “moral high ground”.

On July 5, 2022 the High Court of Justice for Antigua & Barbuda decriminalised buggery on the grounds that buggery laws violated the right to liberty, protection of the law, freedom of expression, protection of personal privacy, and protection from discrimination. Previously, the courts in Belize and Trinidad & Tobago made similar rulings.

Scammers and others take note! You have the constitutional right to personal privacy, and to express yourself in ways you see fit. Do not let anyone discriminate against you because you have natural urges to scam people out of their hard-earned money. Remember, we are against all forms of discrimination, and discrimination against scammers must stop!

Law does not exist in a vacuum; law is underpinned by a moral code of whatever origin. Systems of ethics based upon philosophical reasoning and logic have been around longer than Christianity. We who have emerged from slave societies should be careful that we do not mistake freedom for licence to give into every urge of the flesh, and develop a legal code to match.

No sphere of human activity – not the bedroom, the boardroom, the prayer room nor the cabinet room – is exempt from moral and legal analysis. Capitalism, socialism, communism, the so-called “market” – all philosophies (and religions) are subject to moral and ethical analysis. And this includes secular philosophies like liberalism, libertarianism and hedonism.

This claim to privacy is used by politicians to justify keeping their declarations of assets secret, keeping all political donations secret, and their possible conflicts of interest secret. Persons who do business with government, and also make donations to politicians, their parties, or their private trusts, cannot claim privacy in order to avoid anti-corruption scrutiny.

Crooked thinking abounds, masquerading as freedom. As we seek to build a just society let us be clear about the values we wish to define us.

Peter Espeut is a sociologist and theologian. Send feedback to columns@gleanerjm.com