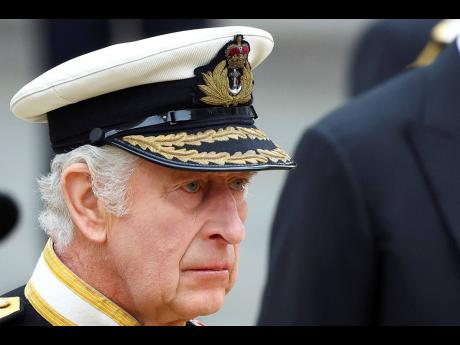 IT WOULD have been insensitive for Prime Minister Andrew Holness, in the midst of mourning, to remind King Charles, Jamaica’s recently inherited new sovereign, of the island’s intention of “moving on” from the monarchy. Prince William, the Prince of Wales, no doubt delivered the message after his visit to Jamaica in March, and Charles was probably prepped on the matter ahead of his audience last week with Prime Minister Holness, even if the issue was not expected to come up.

Prime Minister Holness and his administration, however, must not waste momentum. It should embrace Julian Robinson’s, the shadow finance minister, suggestion, previously made by this newspaper, of placing the question of Jamaica’s future as a monarchy on the ballot at the next municipal elections.

They are presently due in February, but that date need not be written in stone. The administration will need more time to complete the requisite legislative framework for such a referendum. It would not hurt, in those circumstances, to postpone the local government elections for a few more months.

There has been political consensus in Jamaica for decades that the island should extricate itself from the monarchy and become a republic, with a ceremonial president. That makes sense. It is hard to escape the illogic of a country populated mostly by the descendants of chattel slaves having as its head of state a heredity monarch, who lives in a country thousand of miles away, and is member of a family that has little in common with Jamaicans and in whose forebearers’ names, in earlier times, many atrocities were committed.

Indeed, as opinion polls have shown in recent years, nearly six in 10 Jamaicans (56 per cent) are firmly in favour, as Prime Minister Holness put it to Prince William, of Jamaica moving on from a member of the Mountbatten-Windsor clan being the symbol of this country’s authority and aspirations. But there are also other significant ways to look at the data. Whereas a decade ago 40 per cent of Jamaicans wanted to maintain the monarchy, that number has slipped to 27 per cent, a drop of 13 percentage points, or nearly 33 per cent. Royalists are an obviously declining breed.

Yet, despite the consensus between political parties, and the imprimatur of the public, Jamaica’s officials have dithered on giving constitutional expression to this accord on republicanism. Part of the reasons for the hesitancy, we suspect, was familiarity of sorts with the institution that was Queen Elizabeth II. In some way, it engendered a reluctance, even fear, to disengage.

And there was, too, affection and respect for the Queen. Logic and heart collided.

Queen Elizabeth II’s death a fortnight ago, and Charles’ elevation to the throne, removes the basis of those uncertainties. Neither in stature nor longevity does Charles cause ambiguities. Jamaica should, therefore, unbundle this matter of constitutional reform from others that are the Government’s agenda, and move ahead with its implementation. Unfortunately, we missed the opportunity of getting it done for the 60th anniversary of the island’s Independence in August. It can, however, still be accomplished during the 60th year of Independence.

THE TIME IS NOW

If the process was started now, and the bills tabled in short order, debate on them could take place early in 2023. They could be voted on in April or May. In July, the referendum could take place, before the August 6 Independence anniversary.

Having been extended twice, for a total of two years, municipal elections are due in February. That would be too soon to accommodate the referendum. The municipal vote, therefore, should be delayed for a further five months, allowing for a combination monarchy/local government ballot.

Mr Robinson may not have had his timeline down pat, but he was right on the larger principle, and of the potential for saving taxpayers’ money. “The cost of administering a referendum is quite high,” he told The Gleaner. “It is similar to the cost of holding an election. Since you are committed to holding a local government election ... the cost can be absorbed within that process.”

The suggestion makes sense and should be proceeded upon, with the proviso that we raised.