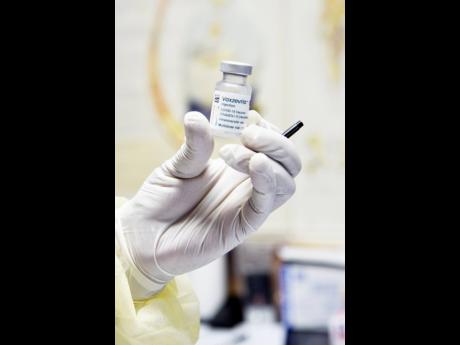 File
PM Pontius Pileon was dismissive: ‘Vaccines are available,’ he told Apocryphans, ‘all you have to do is take them.’

I’m indebted to The Beast for today’s lesson from the Book of Oma.

In Apocrypha, our favourite Fantasyland, where celebrities hold hands with royalty and political opponents are friends, Health Minister Criss Tufftimes’ head was spinning. Not so long ago, in the midst of the fourth wave of a deadly COVID pandemic, he promised to encourage a citizenry to improve Apocrypha’s low vaccination rate by introducing vaccine mandates in the form of “vaccinated-only events”.

Instead, as soon as that wave ebbed, his Government withdrew all pandemic restrictions and told a notoriously undisciplined population that, from then on, pandemic resistance was a matter of individual responsibility. PM Pontius Pileon was dismissive: “Vaccines are available,” he told Apocryphans, “all you have to do is take them.”

But Tufftimes realised that, in this internet era, when misinformation could be widely and easily circulated to an under-educated population by variegated members of the Loony Tunes Lobby, ‘personal responsibility’ was as likely to be practiced as safe sex. But he followed Government policy by begging citizens to wear masks and get vaccinated. Apocryphans responded by partying all night at varied entertainment and social events without masks or vaccine protection, and gathering in public transport like sardines packed for viral consumption.

So, at his wits’ end, Criss consulted Oma D’unn. By now, both my regular readers are well acquainted with Oma, retired politician who, despite his PhD in logic, was, like a moon, bright only in the dark. These days, Oma owned a consultancy firm and used parables to solve political dilemmas. Oma advised Criss to buy a special stapler. Criss didn’t catch on, so Oma told him the story of the churches’ rodent predicament.

“Suddenly, many churches found themselves with a squirrel problem.

their squirrel infestation. After much prayer and consideration, they

concluded the squirrels were predestined to be there and they

shouldn’t interfere with God’s divine will.

“At the Baptist church, the Deacons met and decided to put a waterslide on the baptistry and let the squirrels drown themselves. The squirrels liked

the slide and, unfortunately, knew instinctively how to swim, so twice

as many squirrels showed up the following week.

God’s creatures. So they humanely trapped their squirrels and set them

free near the Baptist church. Two weeks later, the squirrels were back,

when the Baptists took down the waterslide.

whiskey around their church to kill the squirrels with alcohol

poisoning. They sadly learned how much damage a band of drunk

But the Roman Catholic church came up with a creative strategy! They

baptized all the squirrels and made them members of the church. Now

they only see them at Christmas and Easter.

“Not much was heard from the Jewish synagogue. They took the first

squirrel and circumcised him. They haven’t seen a squirrel since.”

Criss still looked confused, so Oma explained that a contagious, respiratory virus isn’t amenable to let’s-try-to-get-along policies. “If we keep trying to ‘live with COVID’ by molly-coddling COVID,” he advised, “we’ll end up dying with COVID. It must be nipped in the bud(dy) from the outset.”

Oma opined that if Governments don’t maintain strict measures to limit viral spread (such as vaccine and mask mandates; gathering limits) then no amount of ‘early treatment’ or cajoling will help. COVID doesn’t care.

“But,” argued Criss, “We’ve communicated the dangers of COVID and the methods of self-protection, especially vaccination, as clearly as humanly possible for two years. Surely, by now Apocryphans know what to do? Why shouldn’t they take personal responsibility?”

“Ah, my friend,” replied Oma, “If THAT line of argument was valid, Government would long ago have repealed the Seatbelt law and left the wearing of seatbelts up to personal responsibility.”

Gordon Robinson is an attorney-at-law. Email feedback to columns@gleanerjm.com.