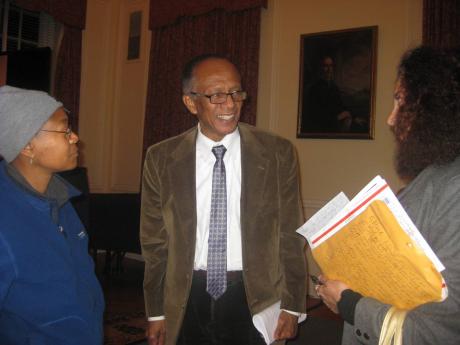 The proposal for a law to regulate Jamaica’s teaching profession, including the licensing of teachers, is not new. It has been in the works for nearly two decades, since the establishment of the Jamaica Teaching Council (JTC) was suggested by the 2004 Rae Davis-led task force on education. The fact that the bill is now being reviewed by a joint committee of the two chambers of Parliament represents progress.

But the JTC, as critical as it may be, is not an end itself. For it is only one element of an interlocking suite of legislative and other changes aimed at enhancing accountability by teachers and improving Jamaica’s education outcomes. Or, as the recent Orlando Patterson-headed commission on education transformation noted, a JTC, founded in law, will also “affect consequential amendments to the Education Act”.

Indeed, some of the suggested changes will be affected via amendments to the education regulations, over 100 of which are on the agenda and were scrutinised by the Patterson Commission’s committee on governance.

“The committee spent a significant portion of its deliberations reviewing the proposed amendments,” the commission reported. “The committee then identified the priority areas for amendment based on the need to facilitate fundamental changes to the education system. The most important proposed amendments have been prioritised and include the rationale and justification for these changes.”

Surprisingly, at none of the hearings so far on the JTC Bill has the matter been discussed in the context of the findings of the Patterson Commission. Neither do most observers have any sense that members of the parliamentary committee appreciate that there may be a link, or relevance, between their efforts – and all the other outstanding bits of education -related legislation – and the work of the Patterson Commission.

That nexus, unfortunately, has not been established by the chairman of the parliamentary committee, the education minister, Fayval Williams. Perhaps we ought not to be surprised. For although Professor Patterson’s report has been with the Government since last September – well over a half a year – Ms Williams, who would be expected to take the lead in a robust public discourse of its findings and recommendations, has been largely quiet about it.

With respect to the Teaching Council Bill, it is not too late for Minister Williams to invite members of the Patterson Commission, especially the chairman of it’s governance committee, Dana Morris Dixon, to the parliamentary committee’s hearings to discuss the legislation within the framework of the Patterson Commission’s recommendations. However, Ms Williams would have to be less sensitive to perceived criticisms and avoid angry fights with Dr Dixon, or any other commission member, which she did not manage last week with representatives of the Jamaica Teachers’ Association (JTA), with whose characterisation of the potential impact the bill on some JTA members she disagreed.

But neither has Prime Minister Andrew Holness, who established the commission, been much better. In March, the prime minister announced Adrian Stokes, an economist and financial sector operative, as chairman of a committee to oversee the implementation of the report’s recommendations. However, Mr Holness has not named the committee’s other members. Dr Stokes has not spoken publicly about his role. Nor has Mr Holness said whether the Government accepted all of Professor Patterson’s recommendations, or disclosed by what process the findings will be sifted and prioritised.

Further, there has been no indication from the Government of how it proposes to pay for the reforms that will require significant new expenditure. One potential source of additional funding might be the National Education Trust (NET), an idea from the 2004 task force, to provide a mechanism through which parents and other interests could, over the long term, put money to supplement the cost of educating their children, including improving the education infrastructure. The NET was incorporated in 2010, with its fundraising targeted primarily at the Jamaican diaspora and larger global, public and private donors.

Said the Patterson Report: “Despite this status, and the articulation of its original mandate, the NET was ultimately positioned to take over the construction and project management functions of the (education ministry). It now complements the ... (ministry’s) Technical Services Unit in the execution of some construction projects, with special emphasis on capital expansions, as well as those that are donor funded. The ministry continues to execute the bulk of the core maintenance projects to be done in schools. One of the major challenges, however, is conflicts arising from potentially duplicating projects between the NET and the ministry, and the lack of a consistent source of external funding to finance the operations of the NET.”

Few Jamaicans know of NET’s existence. Fewer have seen its account. Indeed, an underlying concern of the Patterson Commission is the education ministry’s general lack of transparency and the need for the streamlining of its operations. Fixing these problems in the dark won’t cut it. Transparency is necessary.

If the Patterson Commission’s report is to be the basis of real transformation, the document should be subject to a serious public discourse. It is also the best way to achieve the public’s support for whatever is to be done. Education belongs to all of us. Not just to ministers and bureaucrats in the Government and other elites in the system.