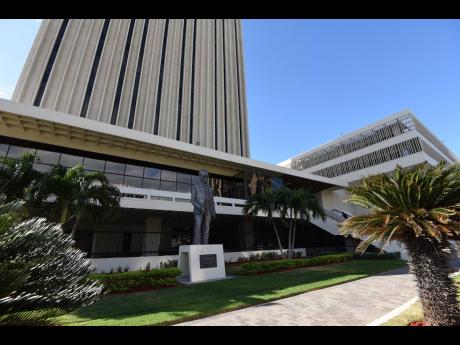 While being preemptive can be good, being hasty in delicate conditions risks unintended consequences. The BOJ has, therefore, to ensure that it has varied, and precision, instruments in its toolkit to help in disaggregating symptoms and isolating the maladies to be attended.

The surprise of the Bank of Jamaica’s move this month to increase its policy rate by 100 basis points, to 1.5 per cent, is that the decision was unanimous. Which means that the two ‘independent’, or non-staff, members of the central bank’s Monetary Policy Committee (MPC) – former IMF official David Marston and University of the West Indies economist Nadine McCloud – voted with the three BOJ officials, including the governor, Richard Byles.

Or, maybe it was the other way around. The public is unlikely to know. For the new law which makes price stability, or the management of inflation, the core objective of the central bank, does not require that the BOJ publish detailed minutes (as opposed to broad summaries of the reasons behind its actions) of meetings of the MPC. But it was in furtherance of its mandate that it imposed the rate increase, the central bank said.

“... The MPC noted that inflation had breached the upper limit of the bank’s target range in August, and that the risks of inflation continuing to breach the target over the next year have intensified,” the BOJ reported. “The recent significant increases in international commodity prices and shipping costs have had a stronger-than-expected pass-through to local prices. These increases have contributed to a further rise in inflation expectations, which were already elevated.”

Specifically, at the end of August point-to-point inflation was 6.1 per cent, against the BOJ’s four to six per cent target for this 2021-2022 fiscal year, which runs to the end of next March.

While we acknowledge the BOJ’s argument, including its references to other central banks that have also raised rates, this newspaper is not persuaded of the efficacy of timing of the action. Indeed, like the island’s leading private-sector groups, we fear that the Bank of Jamaica may have misread and over-reacted to the price rises in the Jamaican economy. We are concerned that the prescribed medicine, if prolonged, could be more harmful than the ill it is intended to cure.

Put another way, this raising of interest rates could result in a slowing of investments, stultifying the nascent economic recovery from the recession wrought by COVID-19. Moreover, we find common ground with the many assessments, including by the International Monetary Fund and the US Federal Reserve, that the circumstances of today’s inflation, primarily COVID-19-related supply chain disruptions, are “transitory”.

Moreover, as the Jamaica Chamber of Commerce (JCC) pointed out, the pandemic notwithstanding, Jamaica’s macroeconomic fundamentals remain relatively sound. Particularly, the Government maintained a tight grip on the fiscal reins. Despite a fall-off in tax revenues, it has run only a modest deficit, while maintaining positive primary balances.

In other words, the Government has not been on a spending binge, causing the economy to heat beyond sustainable capacities. Therefore, the inflation that Jamaica’s central bank is intending to tame is not a demand-induced phenomenon. Rather, it is primarily a supply-side matter.

Stated differently, prices in Jamaica have risen for largely the same reason why Americans will pay more for laptops, mobile phones and electric cars: supply chain disruptions have affected the manufacture and distribution of silicon chips, exacerbated by pent-up consumer demand in strongly recovering economies. Except that in Jamaica, there is no evidence of the consumption equation being in play. The consumption demand that the central bank is seeking to curb may well be a mirage.

ONE SIZE DOES NOT FIT ALL

The danger from higher interest rates in these circumstances is its potential for stalling investments and tamping down on job creation, resulting in higher unemployment. The upshot: a stagnating economy that also locks in high inflation. Older Jamaicans know this phenomenon only too well. They endured in the 1970s, although the basis of the occurrence then is different from today’s circumstances.

The BOJ says its Monetary Policy Committee, which meets next on November 16, “will continue to closely monitor the economic environment and is prepared to take further action ... to achieve its objective”. As it should.

However, while being preemptive can be good, being hasty in delicate conditions risks unintended consequences. The BOJ has, therefore, to ensure that it has varied, and precision, instruments in its toolkit to help in disaggregating symptoms and isolating the maladies to be attended.

In the event, it has to be certain what are the cost-push versus the demand-pull elements of Jamaica’s inflation, and how either will react to the strategies employed. These instruments must be calibrated to domestic circumstances. For one size does not fit all, and merely riding with the herd can lead to self-fulfilling dangers.