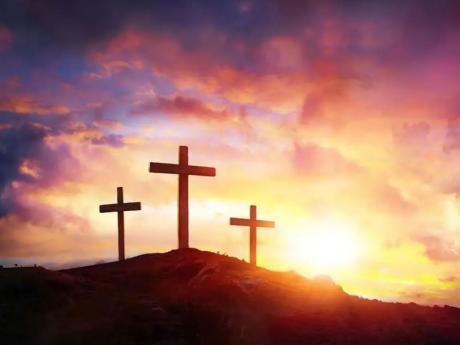 The world is going through unprecedented times that call for wisdom, courage and most importantly righteousness. Unfortunately, in seeking to address the present scourge that the world is experiencing, a growing spirit of intolerance is rearing its ugly head, resulting in actions that are not only unwise but unrighteous.

Let it be understood at the outset that this presentation is not intended to question the science or efficacy of the popular solutions that are being promoted to address the present health challenges that the world is now experiencing. The view that is taken here is that persons should avail themselves of the best advice and solutions that they can access but they should not be forced.

This presentation is also raising two issues: firstly, is it consistent with our moral values, our concepts of liberty of conscience and freedom from slavery to force people to have substances put in their bodies, that they are not fully persuaded of as being in their best interest, with the threat of them losing their livelihoods and being denied normal access to their rights as citizens if they do not submit to such coercion?

Secondly, is the global drive to deny people the freedom to buy or sell unless they submit to receiving specified substances in their bodies possibly linked to an end-time system of enforcement that the Bible has warned against?

Fundamental issue of freedom from slavery

Regarding the first issue, a firm view is taken that if one cannot exercise the right to refuse a substance being put in their body without facing sanction or punishment, then all our vaunted talk about freedom from slavery and liberty of conscience is meaningless. Sam Sharpe and all our ancestors who sacrificed their lives to secure our freedoms would have died in vain. In an age of supposed enlightenment, human rights, and democracy, we would be no better than the evil society that tolerated slavery in the dark distant past. We would be no better than the slave-master who branded his slaves and punished them if they resisted.

Let it be clear, that the position taken here is not against the value of the solution that scientists, health experts and governments are so fully persuaded of. Rather, what is firmly rejected is the notion that it is the only solution. There are persons who have used natural remedies and other healing modalities effectively and they should have a right to do so.

The notion that someone is a threat to society simply because they refuse certain substances being put in their bodies, even though they are not sick, is spurious, evil and sets a framework for the persecution of innocent people. Christians who claim to serve a loving God, do their Creator and Saviour great dishonour in accepting such notions.

Further, it is wicked and intolerant to consider a law-abiding citizen who has been paying their taxes faithfully as forfeiting their right to the services of the State simply because they refuse certain substances being put in their bodies. This matter is of fundamental significance.

This leads me to another related issue. In seeking to address the present scourge, the Government has announced that Sundays are now no-movement days. If the Government had just announced, under normal circumstances, that no work would be allowed on Sundays, many Sabbath-keepers would have protested it as a move towards a certain end-time prophetic fulfillment that the Bible has warned against. However, the announcement of Sundays as no-movement days, in the context of a relaxation of the earlier inclusion of Mondays and Tuesdays, seem to have been met with wide acceptance. But there is no reason why normal work cannot be allowed on Sundays.

Prohibiting normal work on Sundays is a move in the wrong direction as it encourages the populace to break the Sabbath by making the seventh day Sabbath more attractive as a workday preceding the no-movement day. But one might say that it is not the business of the Government to concern itself with whether citizens wish to rest or work on the Sabbath. The more fundamental issue, however, that Government ought to concern itself with is the fact that such an arrangement initiates subtle persecution of Sabbath-keepers who are now deprived of the only day that many of them would normally have to do some of their personal business.

Many Sabbath-keepers are at work Mondays to Fridays, they rest on the Sabbath, Saturdays, and would only have Sundays to go to Coronation Market or fulfill other personal necessities. Now they are deprived. This is subtle persecution. The law should allow normal work and movement on both Saturdays and Sundays so that those who wish to work on Saturday and rest on Sunday can do so, and likewise allow those who rest on Saturday and work on Sunday to do so.

The Mark of his Name

The concept of the Mark of the beast, a Biblical concept, is well known, even though, many persons will admit that it is a mystery to them as to what that mark is. What is less considered is that the Bible, in speaking of this mysterious mark, mentions not only the Mark of the Beast but also the Name of the Beast and the Number of his Name - “And that no man might buy or sell, save he that had the mark, or the name of the beast, or the number of his name.” (Rev. 13:17).

The Bible further speaks of the Mark of the Beast as being the Mark of his Name - “And the smoke of their torment ascendeth up for ever and ever: and they have no rest day nor night, who worship the beast and his image, and whosoever receiveth the mark of his name” (Rev. 14:11).

It should therefore be evident that both the “number of his name” and “the mark of his name” are proxies for the Name of the Beast. Name signifies identity and character, as evident, for example, when God proclaimed His Name to Moses - “And the LORD descended in the cloud, and stood with him there, and proclaimed the name of the LORD. And the LORD passed by before him, and proclaimed, The LORD, The LORD God, merciful and gracious, longsuffering, and abundant in goodness and truth” (Ex. 34:5, 6).

God warns against worshipping or giving homage to the Beast and his Image in the Third Angel's Message as follows:

“And the third angel followed them, saying with a loud voice, If any man worship the beast and his image, and receive his mark in his forehead, or in his hand, The same shall drink of the wine of the wrath of God, which is poured out without mixture into the cup of his indignation; and he shall be tormented with fire and brimstone in the presence of the holy angels, and in the presence of the Lamb: And the smoke of their torment ascendeth up for ever and ever: and they have no rest day nor night, who worship the beast and his image, and whosoever receiveth the mark of his name.” (Rev.14:9-11).

It is interesting that the warning does not include condemnation of those who receive the Number of his Name. This is understandable because numbers are often hidden in codes and persons might receive the Number in a hidden code without realizing it. In fact, the mention of the number includes a hint that it will not be “in your face”, so to speak - “Here is wisdom. Let him that hath understanding count the number of the beast: for it is the number of a man; and his number is Six hundred threescore and six.” (Rev. 13:18). For those who can exercise wisdom and understanding, they may be able to recognize the number 666 - “Six hundred threescore and six”, though possibly hidden, and thus identify the footprints of the Beast.

The key is to make sure, that even if one takes the Number inadvertently, they do not embrace the Name (or character) of the Beast by becoming intolerant of those who would not have received it, so that they give homage to the Beast, supporting a system whereby innocent people are victimized and prevented from being able to buy or sell. If that happens, one would have already been sucked in, so that receiving the Mark of the Beast (whatever it is) would only be a matter of time.

Finally, what is worship? The Bible warns against worshipping the Beast and his Image. Does worship mean bowing down and saying, “I worship you”? Worship may include that, but it is much more than that. Worship comes from the concept of worth – “worth-ship”. It is about who you trust and obey. The Bible is clear that children of God should be subject to the authority of their respective governments – “Let every soul be subject unto the higher powers. For there is no power but of God: the powers that be are ordained of God. Whosoever therefore resisteth the power, resisteth the ordinance of God: and they that resist shall receive to themselves damnation. For rulers are not a terror to good works, but to the evil. Wilt thou then not be afraid of the power? do that which is good, and thou shalt have praise of the same” (Rom. 13:1-3). From this, it is also evident that governments are expected to act righteously and be a terror to evil and not to the good.

What happens, however, if government acts unrighteously, and demands of its citizens obedience to dictates that conflict with the law of God? The Bible is clear that God comes first. Jesus said, “Render therefore unto Caesar the things which are Caesar's; and unto God the things that are God's.” (Matt. 22:21). Caesar represented the government of the day. From this, it is evident that there are some things that belong to and pertains to Caesar and there are other things that belong to and pertain to God. One such thing that belongs to God is worship and supreme authority.

In this regard, where there is a conflict, the Bible is clear that God is the supreme authority – “Then Peter and the other apostles answered and said, We ought to obey God rather than men.” (Acts 5:29). Further, Jesus said, “And fear not them which kill the body, but are not able to kill the soul: but rather fear him which is able to destroy both soul and body in hell.” (Matt. 10:28).

For further information, please visit Patience of the Saints at http://thecommandmentsofgodandthefaithofjesus.com/

Questions and comments may be sent by e-mail to: commandmentsofgodandfaithofjesus@yahoo.com