Glenn Tucker | Decoding the mind of a killer 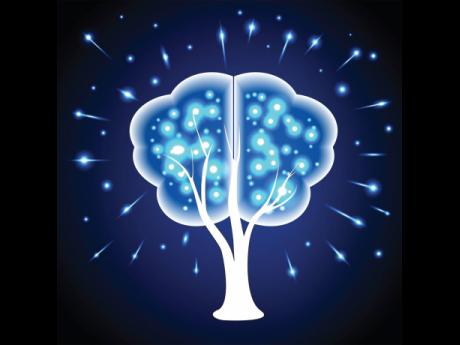 The date was Friday, April 19. I was in good spirits. I was born on a Good Friday – April 19. So it was my birthday. In addition, the editor had selected my article to be the Letter of the Day. Vanity aside, I was particularly pleased at the prominence given my article because I felt the society needed to stop giving the police basket to carry water and, quite frankly, get off the back of the police. I entertained the highest hopes that some person of influence would read the article and help to start a discussion. The article – ‘Child and Domestic Abuse, the Root of Crime’ – said, in part:

“A more sophisticated analysis of the problem by Mr Bunting would have revealed that our crime problem is not really a police problem. There is a growing body of clinical experience and research which reveals that domestic and child abuse occurs in the same families and are highly associated with similar social and economic risk factors.

“Early childhood victimisation, either through direct abuse, neglect or witnessing parental domestic violence, has been shown to have demonstrable long-term consequences for adult violent behaviour and other forms of criminality.”

My article was completely ignored. As was the one four years later on June 29, 2017 – ‘The Price of Murder’ – which ended like this: “I suspect the results of this study will shock all well-thinking Jamaicans into seeing this problem as not just a police problem – which it is not – but as a national problem requiring all hands on deck.”

In 1989, the Fletcher family was plunged into mourning for the first time. The husband and father of Robert and other kids was gunned down at his establishment near Downer Avenue on Old Hope Road. In 2011, one of his sons was also gunned down at the same location. Two months ago, another son – Robert – complained to his mother that extortionists were demanding money in excess of what the business could afford. This Monday, Robert was gunned down in the same location as his father and brother.

You can imagine my feeling of elation, recently, when our prime minister declared that our crime problem is not a police problem. Does this mean that there will be policy changes? So far, something seems to be working. And it comes as no surprise to me that Horace Chang is in charge.

We discussed all the credible, peer-reviewed research work on the subject which seemed to have this failing. One day, I was happy when one of these academics pointed me to a study which seemed to address what seemed, to me, to be missing. The studies we discussed could be characterised in two ways. First, each study seemed to focus on a single dimension of behaviour. Second, all the studies of more than one subject are retrospective (looking back on or dealing with past experiences). So, they reconstruct childhood factors after a murder has occurred. I was pointed to an article published by the American Journal of Psychiatry which would address my questions. The title of the article is ‘Biopsychosocial Characteristics of Children Who Later Murder: A Prospective Study’. It was unique, for me, in that it reported the neuropsychiatric and psychosocial characteristics of nine murderers, examined before their commission of homicidal acts. The methodology and findings are set out below:

The subjects consisted of two groups. First was a sample of nine boys who had been neuropsychiatrically evaluated when they were between the ages of 12 and 18 years and who subsequently were charged with murder. To determine whether the nine subjects differed in any identifiable ways from ordinary incarcerated delinquents who did not go on to commit violent acts as late adolescents or adults, they compared the nine subjects with 24 incarcerated delinquent boys from an earlier clinical study who, at the time of follow-up six years after evaluation, had no known arrests for serious felonies. They had been neuropsychiatrically evaluated between the ages of 10 and 16 years and were incarcerated in a juvenile facility.

When the nature of the homicidal acts of the nine murderers and the quality of their juvenile violent behaviours were summarised, it was revealed that all nine had manifested extreme violence as children and adolescents. For example, one burned his bed when he was four years old, another was too violent to be permitted into grade school. One threatened a teacher with a razor at age 10, another choked a bird at age two.

Of significance is that most of the homicides seemed to have been mindless, impulsive and unpredictable. In five cases, the victims were unknown to the assailant until just before the murder.

The psychiatric, neurological and family characteristics show psychotic symptoms, especially paranoid ideation ( a perception of oneself that changes often and affects thoughts and behaviour). Three had been hospitalised during early adolescence. Severe neurological impairment was especially prevalent. Six had received severe head injuries in childhood.

All nine boys were severely neuropsychiatrically impaired, and all had close relatives who were psychotic and/or had been psychiatrically hospitalised. Most had both witnessed and been victims of violence. All were extraordinarily violent long before they committed murder.

It was found that parents of the nine murderers were often both psychotic and violent. This may shed light on earlier studies purporting to document a genetic predisposition to violence. Previous studies of large samples of antisocial individuals have revealed that their offspring are significantly more likely to become antisocial, even when raised apart from the biological parents

When the constellation of psychotic symptoms, severe neuropathology, and the existence of psychotic, abusive family members is identified in an already violent youngster, responsible intervention is justified. This intervention is out of the reach of most families and the State must assume this responsibility. The starting point should be strict laws protecting the child from all forms of abuse. In Japan and Singapore, where all forms of corporal punishment is strictly forbidden, violations could land a parent in jail for up to 10 years and a fine of about $4 million of our money. Is it surprising that these two countries have the lowest murder rates in the world?

Glenn Tucker, BSc, MBA, is an educator and a sociologist. He has been awarded the Gleaner’s Silver Pen for writing on three occasions, email: glenntucker2011@gmail.com; columns@gleanerhm.com