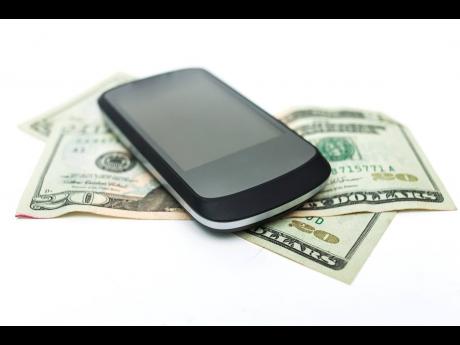 With over US$170 million in funded deals on its book, Sygnus Credit Investment Limited is looking to nearly double the portfolio to US$300 million over the next three years.

The private provider of credit financing solutions is already running well ahead of target on deals struck – having initially set its goal at US$100 million by 2023. It hit that marker towards the end of 2021.

Key to the new goal of adding US$130 million more to its pile of deals is the ongoing scaling up of its Puerto Rican subsidiary, Acrecent, Sygnus Group Executive Vice-President and Chief Investment Officer Jason Morris said this week at the Sygnus Credit’s annual general meeting. Sygnus Credit is managed by Sygnus Capital.

Sygnus owns 93.66 per cent of Acrecent Financial Corporation, which was acquired for US$23.3 million. Since its purchase, Acrecent’s fixed assets and workforce have been integrated into the operations of Sygnus Credit, which was completed in July 2022, with other elements of the amalgamation set to be finalised in a few months, Morris said.

Sygnus will next seek to expand Acrecent’s footprint in Latin American, in order to tap into a US$100-billion market.

Morris told the Financial Gleaner that US$70 million of the deals currently on the books relates to business done by Acrecent.

He also disclosed that Sygnus has more than US$100 million of prospective deals lined up, referred to as a ‘deal pipeline’, across the English and Dutch Caribbean, and is looking to finance them through quasi-debt or other fundraising.

Morris did not rule out the possibility of a rights issue for Sygnus Credit Investments, which has been listed on the Jamaica Stock Exchange since June 2018, and had its biggest capital raise by way of an additional public offering in December 2021 that scored nearly $4 billion.

Regarding revenue generation, Morris says SCI will be introducing new income streams, which would potentially include acting as a sponsor of new private credit solutions.

“What we can do is to syndicate some of these pipeline deals by bringing in other willing partners, rather than do the deal ourselves. Then we could collect a fee, rather than rely solely on net interest income,” he said.

The company earned annual revenue of US$8.25 million last year, and wants to go beyond US$12.5 million in this fiscal period ending June 2023.

“This is not to say that the target is US$12.5 million; rather, this should be seen as a minimum, so if we get to US$15 million, or even US$18 million, we would be okay with that,” Morris said.

So far, the company’s first-quarter revenue of $2.27 million, when annualised, amounts to US$9 million, which puts Sygnus behind the eight ball on its revenue goal so far.

Profit for the period July-September 2022 improved by eight per cent to US$1.63 million.