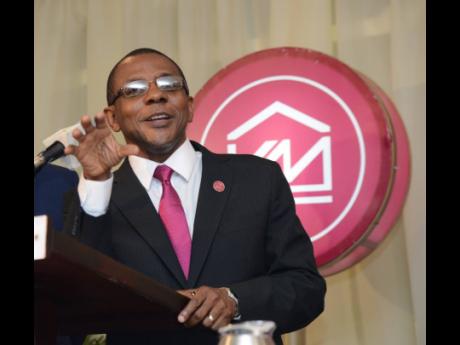 Victoria Mutual Building Society, VMBS, a mortgage bank with various non-banking companies under its wings, was on Thursday granted approval by the Supreme Court to move ahead with its plan for restructuring the group.

The Supreme Court’s granting of order approving VMBS’ Scheme of Arrangement for the restructuring for the building society and its subsidiaries, marked the final in a series of steps undertaken by VMBS since its received board approval and a nod from the Bank of Jamaica in June this year for the restructuring.

Importantly, VM said the restructuring will also allow the group greater flexibility within the structure to raise and deploy capital into various business lines where it sees fit.

On Friday, VM said it would be pursing more local and regional expansion of its retail products.

"So, coming on the heels of our recent credit card launch will be an international debit card in 2023," the group said.

The restructuring of the group is expected to be wrapped up by the close of 2023. Once completed, the restructuring will strip VMBS of its rank and obligations as a parent company.

“This is an historic moment for VM,” Group President and CEO Courtney Campbell said in a press release. “I’m grateful to our members for the overwhelming support they have shown for this Scheme of Arrangement and for understanding that this will no doubt lead to unprecedented growth for their organisation and consequently, more people being empowered to achieve financial well-being,” he said.