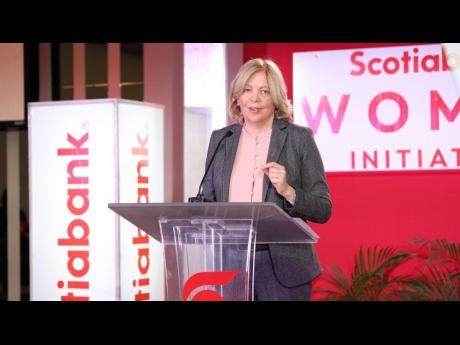 Jeffrey Hall will retire as the chairman of Scotia Group Jamaica in December, and will be succeeded by bank executive Anya Schnoor.

The announcement came a day after the announcement of a planned merger of Jamaica Producers’ operations with PanJam Investments, which would result in JP becoming an indirect owner of a slice of Sagicor Group Jamaica, which operates a rival bank.

“I served on the board of Scotia Group Jamaica for a full term, in line with the board’s current term limits. I have the utmost respect for that institution,” said Hall, when contacted by the Financial Gleaner. “With likely changes to my professional executive role, this was a suitable time to retire.”

Hall, who is the CEO of Jamaica Producers, will become the CEO and executive chairman of the Pan Jamaica Group Limited, if the merger gets the green light.

He will retire from the board of Scotia Group on December 9, having served 15 years as a board member, including six years as chairman.

“He was instrumental in promoting a strong corporate governance and risk culture throughout the bank, and was an advocate for the bank’s role in supporting its customers and communities, especially during the last two years as the country faced the challenging effects of the global pandemic,” Scotia Group said of the outgoing chairman.

Schnoor is currently a director on the Scotia Group Jamaica board. She is also the executive vice-president for the Caribbean, Central America, and Uruguay region at Scotiabank. In her executive role, Anya leads the development of the overall strategic direction for the bank’s personal, commercial, corporate, wealth, and insurance operations in the region.

It’s the second time in Scotiabank Jamaica’s history that the role of chairman and CEO will be held by women at the same time. The current CEO is Audrey Tugwell Henry. The last pairing was Chairman Sylvia Chrominska and CEO Jacqueline Sharp in 2013.