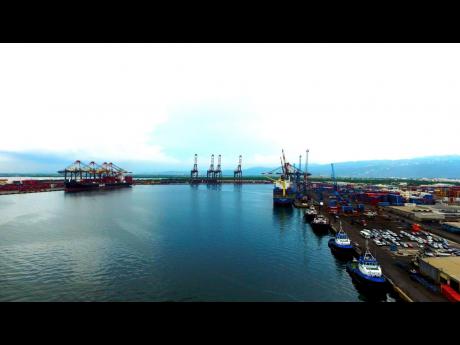 Both programmes are now said to be in the start-up phase and form part of efforts by the agency to broaden non-intrusive inspection tactics when interacting with stakeholders at both the ports and airports.

“We are speaking about contactless faster processing, then we have to spend less time going through these goods, less time questioning passengers. We are in the process of implementing and establishing an effective canine programme. These canines will help in different areas, including detection of money associated with lottery scams, etc, along with the detection of illegal agricultural goods,” Lowe told the Financial Gleaner on the margins of the Jamaica Chamber of Commerce annual customs seminar that this year focussed on border security as an impetus for investment growth.

The drone programme is expected to assist with patrolling the trafficking of contraband.

“These are currently in the project phase,” said Lowe. “We have to prepare the dogs and things like that, and so I wouldn’t want to give a definitive timeline,” he said.

JCA is still determining a budget for the programme and the agencies it may be partnering with on the initiatives, one of which might be the Jamaica Constabulary Force, which already uses canines in law enforcement.

So far, the JCA says its already seeing positive results from the digital elements of non-intrusive inspection programmes, through its Automated System for Customs Data, or ASYCUDA, for example, which allows for more efficient data collection that in turn helps to drive policymaking.

The next step for the JCA is to implement minimum security guidelines at various warehouses shortly, along with an advanced passenger information and passenger day recognition system, which in part will fast-track the processing of individuals who have made proper declaration of the items brought with them into the country.

It will allow the JCA to get more detailed information on travellers.

“One of biggest issues at Jamaica Customs is insider collusion at the ports and airports. In that respect, customs has decided to issue what we call minimum security guidelines from vetting, physical security, and so on,” Lowe said.