Justine Collins | Towards a digital society: CBDCs in Jamaica 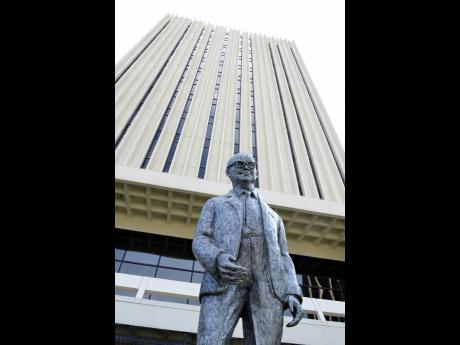 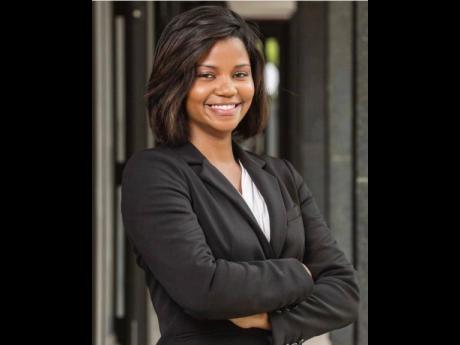 On May 11, the Bank of Jamaica, BOJ, announced that a phased roll-out of Jam-Dex, Jamaica’s central bank digital currency, or CBDC, is currently under way.

The Caribbean has been leading the effort to adopt CBDCs. The Bahamian Sand Dollar was the first to launch in 2020, and the Eastern Caribbean’s DCash was piloted in 2021. As of the date of this article, 105 countries, representing over 95 per cent of global GDP, are exploring a CBDC, whereas in May 2020, only 35 countries were so engaged. Jamaica is the latest of many countries to launch a CBDC.

The emergence of cryptocurrencies like bitcoin raised certain legal and economic issues which compromise its viability as an effective digital currency. The issues fall within three broad categories — volatility, scalability and anti-money laundering.

The most significant issue which regulators have raised with bitcoin and other cryptocurrencies, is the potential for persons to conduct anonymous transactions over the Internet. There have been instances of ransomware attacks being initiated where the preferred payment of choice is bitcoin – an alarming 98 per cent of all ransomware attacks have demanded their payment in bitcoin.

In light of the regulatory concerns with cryptocurrencies, CBDCs have been proposed by central banks to address these concerns. In essence, a CBDC is a digital fiat currency which is issued by the central bank. While most CBDCs have been leveraged on blockchain technology, some, like ours proposed here in Jamaica, are leveraged on existing clearing and settlement systems.

The promise of CBDC has been resisted by cryptocurrency purists. They argue that blockchain technology was founded on the principle of decentralisation, rather than centralisation with central banks issuing central bank digital currencies, thus defeating the very purpose of bitcoin.

Nevertheless, there is merit in central banks considering the adoption of CBDCs. Some of the benefits include: promotion of a cashless, digital society; increased financial inclusion through a central bank intervention; and greater efficiencies in settlement of transactions.

There are increasing efforts to consider CBDC issuance and regulation. Recently, the president of the United States issued an executive order titled ‘Ensuring Responsible Development of Digital Asset’, which articulates a policy proposing the regulation of digital assets, including CBDCs, focusing on objectives such as consumer, investor and business protection, as well as global financial stability and systemic risk.

In Jamaica, the initial approval of Jam-Dex was under the purview of the Payment Clearing and Settlements Act, but more specifically, the Fintech Regulatory Sandbox Guidelines 2020, which was last updated in July 2021. This provides a regulatory regime for payment services and allows regulated entities – such as deposit-taking institutions, remittance companies, etc – to either solely, or in collaboration with a fintech company, test fintech services in a controlled environment by BOJ. After this, the BOJ, depending on the success of the pilot, issues an authorisation for the fintech service.

It appears that the legal basis under which the pilot was conducted was under the purview of the Fintech Regulatory Sandbox Guidelines. However, it was apparent that the roll-out of any CBDC to the public would require the amendment of the Bank of Jamaica Act. Specifically, such an amendment was needed because as it presently stands, the BOJ Act only permits the BOJ to issue notes and coins, with no specific power to issue CBDC as legal tender. Furthermore, there was a need to give the BOJ the sole authority to issue CBDC.

On June 3, the Parliament of Jamaica passed an amendment bill to the BOJ Act. The Bank of Jamaica (Amendment) Bill 2022, which was tabled by the minister of finance in May, stated as its Memorandum of Objects and Reasons that:

“The Bank of Jamaica is seeking to implement the central bank digital currency. The key drivers for, and growing interest in, the issuance of the CBDC are the increasing innovation in technology along with the need to deliver money and payment to end users (individuals and merchants) in a safe, secure, cost-effective and efficient manner.

Consequently, this bill seeks to amend the Bank of Jamaica Act to—

(a) facilitate the national issuance of the central bank digital currency; and

(b) empower the Bank as the sole authority to issue the central bank digital currency as legal tender.”

While the bill reviewed by this writer may have been changed compared to the version on the date of writing, aside from providing the anticipated deletion of references to “notes and coins” to include CBDCs, it also provides the power for the minister of finance to make regulations to protect customers’ data and to mandate minimum cybersecurity requirements for the recipient of CBDC. It defines central bank digital currency to mean “a digital form of currency issued by the bank under Section 12(1) that is legal tender in electronic form in the island.”

Interestingly, the bill as presently drafted does not place any direct obligations directly on the digital wallet provider. Perhaps the reasoning is that they will continue to be regulated under the Payment Clearing and Settlement Act and the authorisation provided pursuant to the Fintech Sandbox Guidelines. However, without a reciprocal amendment to provide for what is, in a sense, a delegation of the functions of the BOJ to private digital wallet providers in the Payment Clearing and Settlement Act, this may also result in a gap in the regulatory oversight of the BOJ.

The Fintech Sandbox Guidelines are merely guidelines, not regulations issued by the minister as required under Section 29 of the Payment Clearing and Settlement Act. The Payment Clearing and Settlement Act presently permits the BOJ to perform oversight of clearing and settlement systems, not specifically payment systems. Furthermore, if the basis of authority for the digital wallet provider issuing CBDCs is an authorisation or licence, any penalties may not match the potential damage on breach of the authorisation or licence, as opposed to criminal offences under a statute.

The Bank of Jamaica Amendment Bill 2022 ought also to provide a statutory basis under which digital wallet providers are licensed or authorised by BOJ to offer CBDC digital wallets .

Notwithstanding this, it is promising that Jamaica, and the wider Caribbean, is at the forefront of the CBDC adoption race; and it is hoped that as matters evolve, the legislation will also evolve to accommodate new risks that may arise.

Justine A. Collins is an attorney at the Hart Muirhead Fatta law firm in Kingston.jacollins@hmf.com.jm