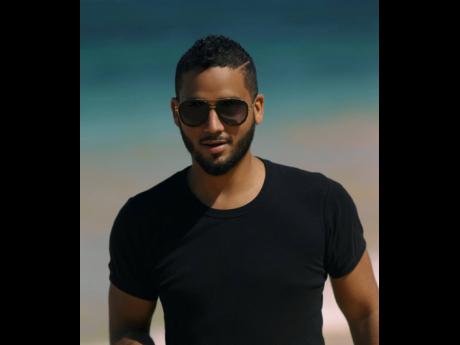 Newbie company Gastronomic Concepts is pumping $36 million into the buildout of a lounge branded as Republic, just a year after launching Japanese restaurant brand, Oceano. The company, which was formed in the midst of the COVID-19 pandemic, has...

Newbie company Gastronomic Concepts is pumping $36 million into the buildout of a lounge branded as Republic, just a year after launching Japanese restaurant brand, Oceano.

The company, which was formed in the midst of the COVID-19 pandemic, has already burned through three-quarters of its budget in completing developmental works to have the lounge meet its end-summer target opening date. Republic will be exclusive membership lounge heavily focused on high-end whiskeys, rare spirits brands and molecular cocktails, CEO of Gastronomic Concepts Christopher Chad Williams said.

While the finishing touches are being added to the ‘destination spot’ which, for now, is only said to be in the bustling metropolis of Kingston, Williams is already weighing the next step for the company – a franchised, fast-food operation extending across Jamaica, before hitting the Caribbean market.

“Gastronomic looks at everything entertainment and hospitality. We look at trends and where Jamaica is in terms of developing these products or services, and so we are always looking for opportunities not just in the restaurant space, but for lounges, nightclubs and cafés,” Williams told the Financial Gleaner.

“We have aggressive expansion plans, and one of the areas that we are looking at is a franchise/retail operation, which will be a spin-off from the Oceano brand and will handle more quick-preparation meals on a smaller scale. One aspect of that would be the retailing of our sushi dishes in the supermarkets,” he added.

Incorporated in August 2020, Republic is the second brand created under Gastronomic Concepts, a company started by Williams, culinary masterchef Shea Stewart, and Alf Investments, a property-management and real estate development company owned by Mark and Ricky Mahfood, records from the Companies Office of Jamaica show.

Up to December 2021, all three shareholders held equal stakes in the business, Williams said, but added that the interest held by each partner had since changed after Alf Investments’ holdings was acquired by a new silent partner.

Gastronomic Concepts, whose core activity is the operation of restaurants and lounges, last June opened Oceano, a Japanese-inspired restaurant that focuses on multisensory meals. Oceano has the capacity to seat 180 persons both indoor and outdoor, and employs 35 individuals to manage the operation at Marketplace in Kingston.

The new Republic lounge, which is being marketed on its exclusivity, is said to be in proximity to Oceano, and, similar to Oceano, will target working professionals. Gastronomic Concepts will hire an additional 20 people, including a manager, to carry out Republic’s operation which at maximum capacity can host up to 150 people.

Republic will compete for business from the same crowds that patronise popular chill spots such as CRU Bar and Kitchen, Regency Bar and Lounge, Macau Gaming Lounge and Bar, Mahogany Tree Bar, and JoJo’s Jerk Pit.

“COVID-19 had us down a bit, but there has been a gradual increase in the number of customers for Oceano, many of whom are repeat customers; as well as interest from individuals who want to work with the company,” said Williams.

“After one year of testing and perfecting, the business is now profitable. I’m a firm believer that hospitality and entertainment in Jamaica, if structured properly, can be big business, and so while I’m not able to give specifics on Republic, I’m confident that it will also be a profitable business,” he said.

Williams, who now says he is the majority shareholder in Gastronomic Concepts but not a purchaser of any of the holdings previously held by Alf, has more than a decade of experience in Jamaica’s entertainment industry, and in recent times has transitioned to the hospitality market.

His foray as an entrepreneur began in 2019, when he founded Willcom Creative, a holding company for hospitality and entertainment projects that Williams was involved in.